HomeBollywood5 Years After Sridevi's Final Film MOM, Boney Made Us Cry With...
Bollywood

5 Years After Sridevi's Final Film MOM, Boney Made Us Cry With This Post 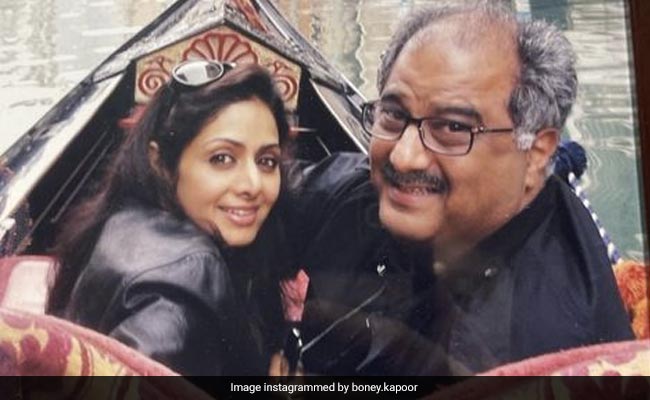 Producer Boney Kapoor remembered his late wife and veteran actress Sridevi as her last film MOM clocked five years today (July 7). On Instagram, he shared the posters of the film and wrote, “#5YearsOfMom. Winner of 2 National Awards. @sridevi.kapoor first National Award. Fond memories attached for all. #SrideviKapoor”. Helmed by Ravi Udyawar and produced by Boney Kapoor, MOM also featured Nawazuddin Siddiqui, Akshaye Khanna, and Pakistani actors Sajal Ali and Adnan Siddiqui. In the movie, Sridevi plays the role of a teacher who kills the men who raped her stepdaughter.

Soon after Boney Kapoor shared the post, Sridevi’s fans flooded the comment section. A fan wrote, “We miss her,” while another commented, “Loved the Movie!!”. “MOM is one of the best films of 2017 Sridevi is a true legend,” commented another.

In 2018, Sridevi posthumously won the National Award for Best Actress for her performance in the movie MOM.

Sridevi is often addressed as the “first female superstar” in Bollywood. She has featured in 300 films, including Mr India, ChaalBaaz, Judaai,  Laadla, and English Vinglish, to name a few. MOM was Sridevi’s last movie as a lead actress, although she was last seen in a special appearance in Shah Rukh Khan’s Zero.

Sridevi is survived by her husband, Boney Kapoor, and two daughters, Janhvi and Khushi Kapoor. Janhvi made her debut in Bollywood with Dhadak and is gearing up for the release of her upcoming movie GoodLuck Jerry. On the other hand, Khushi Kapoor will be soon making her big Bollywood debut with Zoya Akhtar’s The Archies, co-starring Shah Rukh Khan’s daughter Suhana Khan and Amitabh Bachchan’s grandson Agastya Nanda.