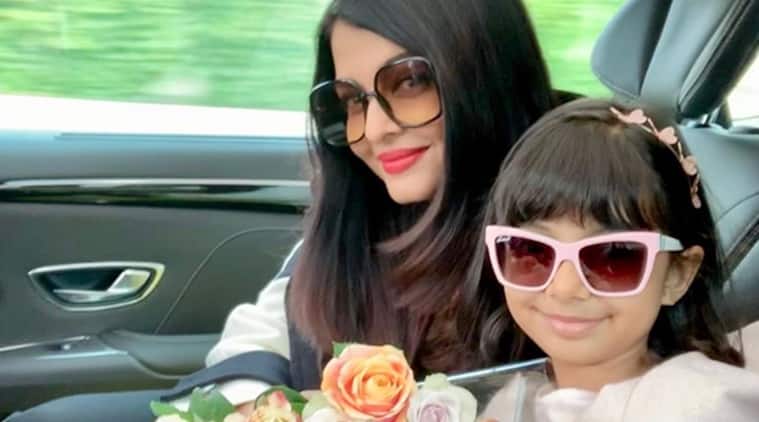 Aishwarya Rai, her husband Abhishek Bachchan, and their daughter Aaradhya Bachchan received a warm welcome in France, where Aishwarya will attend the Cannes Film Festival. Aishwarya has been a fixture at the prestigious film event since 2002.

The three were photographed leaving for France at the Mumbai airport on Tuesday night. They were photographed arriving in Cannes a day later. The photos showed Aaradhya posing with a bouquet of flowers next to her mother. Both were smiling for the cameras, as they were joined by a few men in uniform for some photos. A video showed Abhishek standing on the side, making his way inside the hotel as Aishwarya and Aaradhya posed together.
- Advertisement -
- Advertisement -

The Indian contingent at this year’s festival includes Deepika Padukone, who is a member of the jury, and AR Rahman, Nawazuddin Siddiqui, Pooja Hegde, Ricky Kej, Shekhar Kapur, Tammanaah Bhatia, Hina Khan and Urvashi Rautela, among others. India is the country of honour at this year’s festival. Cannes is in its 75th year.

The Information and Broadcasting ministry chose six Indian films to be screened at the Cannes Film Market. These include Rocketry – The Nambi Effect, Godavari, Alpha Beta Gamma, Boomba Ride, Dhuin, and Niraye Thathakalulla Maram. Satyajit Ray’s 1970 film Pratidwandi will be presented in an exclusive screening at the festival. In a special message to the Indian delegation, Prime Minister Narendra Modi said that he was “delighted about India’s participation” at the festival.

Aishwarya is prepping for her next film, Mani Ratnam’s Ponniyin Selvan, which will be released later this year. It’s her first film since 2018’s Fanney Khan. Abhishek was last seen in Dasvi, which debuted on JioCinema and Netflix.