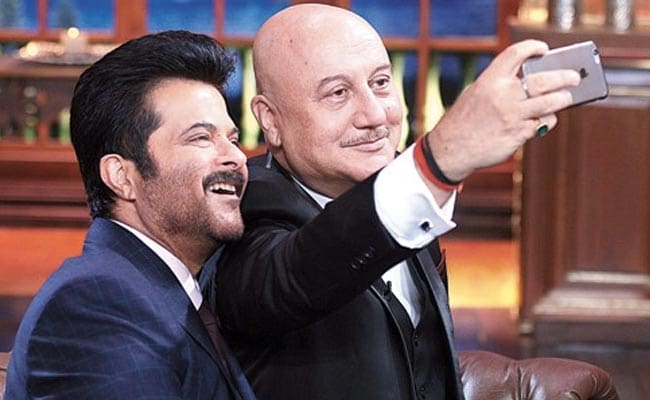 New Delhi: Bollywood has given us many sagas of friendships. But these aren’t restricted to on-screen performances alone. Even beyond the screen, some friendships between actors have proved to be long-lasting over the years. The bond between Anil Kapoor and Anupam Kher is of this kind. The two have remained colleagues in several films but that’s not all. They recently met at Anil Kapoor’s house and shared a lovely morning banter. Anil Kapoor shared the video on Instagram. In the clip, we hear a conversation between the two neighbours. Yes, you read that right. They are neighbours. So now coming back to their conversation. Anil Kapoor starts by asking, “So, Mr Kher, how are you feeling in the morning?” As the camera pans from a windowpane towards Anupam Kher, we hear his reply, “Fantastic in the environment you have created in your house, on the third floor, which is your office.”

Anupam Kher adds more, “It’s beautiful. It’s nice. I like it. And, I like the posture you are sitting in.” Though we can’t get a glimpse of Anil Kapoor in the video, we understand that he is sitting quite casually in his home. He answers in a make-believe pretentious tone, “No, this is a posture, you know, for all the yogis and saints.”

While the actors go on with their banter, Anupam Kher points out, “I could sit like that but, unfortunately, my leg…” The camera tilts towards his foot when Anil Kapoor asks him, “How’s your leg?” Anupam Kher replies, “I’m getting a bucket full of ice now.”

The conversation hints at a leg injury faced by Anupam Kher. Anil Kapoor ends the video by saying, “You’ll be fine. Absolutely. Wish you all the best… Love you, my friend.” We see Anupam Kher reciprocating his good wishes.

Sharing the video, Anil Kapoor captioned it, “Conversations between Kapoor and Kher. Ignore the accent. Enjoy the morning.” He also added in the hashtag “ligament tear”, telling us about Anupam Kher’s injury. Words like “coffee” and “friendship” also made their way to the hashtags.

Take a look at the video:

Earlier, Anupam Kher and Anil Kapoor had shared a banter over a pair of designer glasses from London.

On the work front, Anupam Kher will be next seen in Uunchai while Anil Kapoor will appear in Jug Jugg Jeeyo.