HomeBollywoodAsked If She Needs To Take A Break During Pregnancy, Alia Said...
Bollywood

Asked If She Needs To Take A Break During Pregnancy, Alia Said This 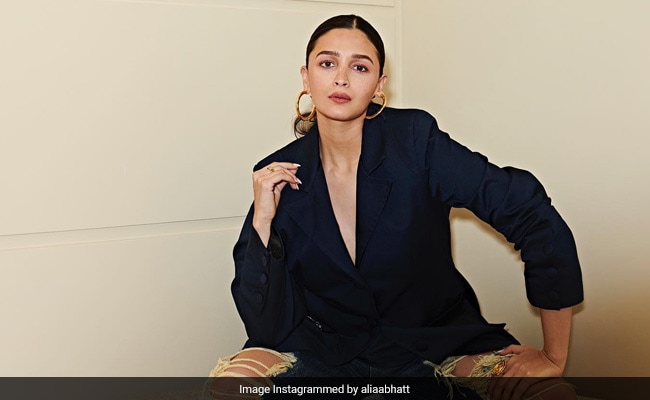 Alia Bhatt, who is busy with the promotional duties of Darlings, interacted with the media recently, where she was asked by one of the journalist if she feels tired or feels the need to rest during her pregnancy, reported news agency ANI. Alia Bhat’s reply was this: “Agar aap fit ho, healthy ho, fine ho toh koi rest lene ki zarurat hai nahi. Kaam karna mujhe sukoon deta hai, mera passion hai.. it keeps my heart, my soul everything alive and charged. Toh main toh matlab 100 saal ki umar tak kaam karungi (If you are fit, healthy and fine, then is there no need to take rest. Working brings peace to me, it is my passion, it keep my heart, my soul everything alive and charged. I would like to keep working till I am 100 years old),” reported news agency ANI.

Alia Bhatt announced her pregnancy in an Instagram post in June. She married Brahmastra co-star Ranbir Kapoor in April this year. She will soon make her Hollywood debut with Heart Of Stone, co-starring Gal Gadot. Other than that, the actress has multiple films in the line-up.

Alia Bhatt has a super busy schedule ahead. She will next be seen in Darlings, which marks her debut as a producer. Alia Bhatt will also be seen in Farhan Akhtar’s Jee Le Zaraa with Priyanka Chopra and Katrina Kaif and Karan Johar’s Rocky Aur Rani Ki Prem Kahani with Ranveer Singh. Her line-up of films also includes Ayan Mukerji’s Brahmastra with husband Ranbir Kapoor. The actress will make her Hollywood debut with Heart Of Stone, co-starring Gal Gadot.

Share
Facebook
Twitter
Pinterest
WhatsApp
Linkedin
ReddIt
Email
Tumblr
Telegram
Previous articleRoyal Kids Making Funny Faces: Photos Of Prince George & The Kids Goofing Around
Next articleIt’s So Good To Be Bad: 10 Titles To Watch When You’re In The Mood For A Bad Movie