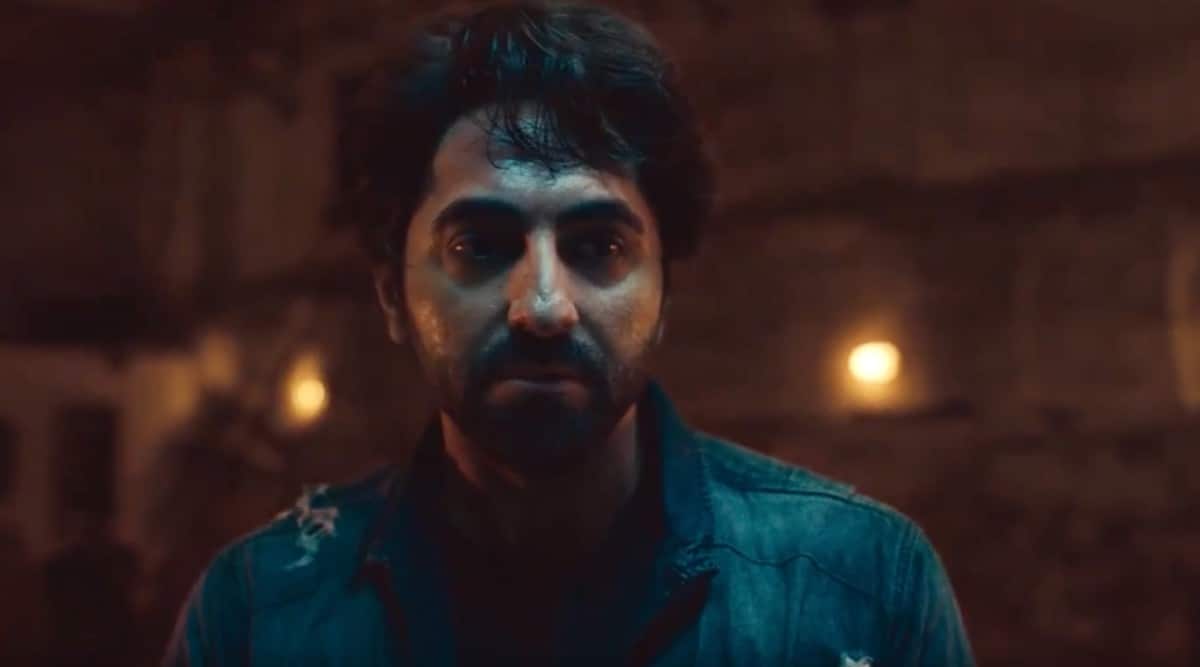 Anubahv Sinha’s upcoming film Anek, starring Ayushmann Khurrana in the lead role, is up for release on May 27. Ahead of the release, the makers have given an insight into Ayushmann’s dual identities in the film, Aman and Joshua. On Thursday, the actor posted a new promo from the action political thriller with the caption, “Aman ho ya Joshua, you will never know what my next move will be. Watch me unfold the sharp skills of an undercover cop. #AnekMissionBegins.”
- Advertisement -
In the video, we see Ayushmann’s character taking a lie detector test, which he passes without letting the antagonist know about his real identity as an undercover cop. He plays the role of Aman who is out to serve the nation and to hide his identity as an officer on a mission, he disguises himself as a cafe owner Joshua. From the looks of it, Ayushmann seems to have slipped into his character quite well. He wears an intense look as he tells his senior, “Sir, tracker is live.”
- Advertisement -

The filmmaker also shared that the film’s team will share a few more videos in the coming days to highlight a few other traits of an undercover agent.

A still from Ayushmann Khurrana starrer Anek.
Anek is the second film of Sinha and Khurrana together. They have earlier worked on the thriller Article 15. The film is set against the geopolitical backdrop of Northeast India. Apart from Khurrana, the film also stars Manoj Pahwa, JD Chakravarthy, Kumud Mishra and Andrea Kevichusa in pivotal roles.