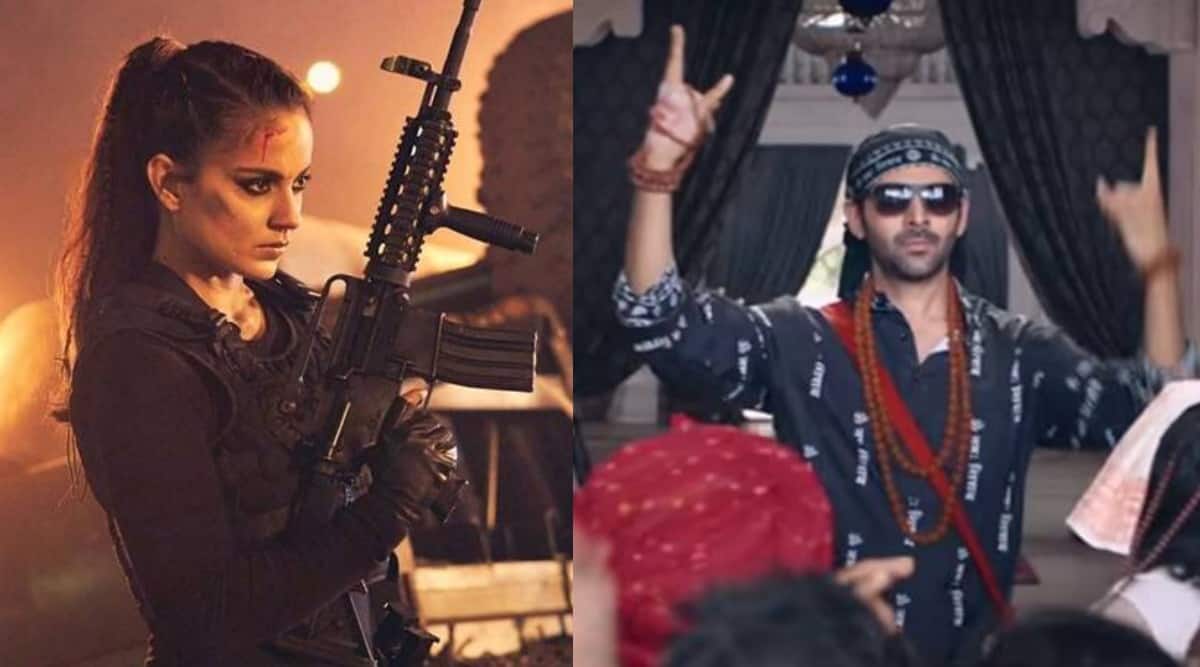 We are almost halfway into 2022, and the Hindi film industry is still waiting for that one big hit of the year. Out of the 13 films that have hit theatres this year, only The Kashmir Files and Gangubai Kathiawadi have managed to register profit. Now, this week, with the release of two big-ticket films, Bhool Bhulaiyaa 2, starring Kartik Aaryan and Kiara Advani, and Dhaakad, led by Kangana Ranaut, film trade analysts hope that the Hindi film industry will turn the tide.

Film exhibitor Akshaye Rathi is confident that this week, the Hindi film-watching audience will return to cinema halls. “Bhool Bhulaiyaa 2 and Dhaakad are two films that complement each other very well at the cinemas because both cater to a different audience. Bhool Bhulaiyaa 2 is a family entertainer. Dhaakad, on the other hand, is a mass entertainer. These two demographics are huge among movie-going people, and I am confident that these two films will simultaneously pull people back to theatres in fairly large numbers,” he told indianexpress.com.
- Advertisement -

Bhool Bhulaiyaa 2 is a standalone sequel to the hit 2007 film Bhool Bhulaiyaa which was led by actors Akshay Kumar and Vidya Balan and helmed by Priyadarshan. Now, with Anees Bazmee at the helm, it remains to be seen if Bhool Bhulaiyaa 2 will be able to recreate the success of the 2007 film, given that Bollywood franchises — with a few exceptions — have had a hard time filling up theatres.

Rathi believes that Bhool Bhulaiyaa 2 will be judged on its merits, but comparisons with the Priyadarshan film are inevitable. He suggested, “It’s been almost 15 years since Bhool Bhulaiyaa released, and since then, there have been multiple generational shifts in the movie-going audience. There will be some degree of comparisons, but people will eventually judge Bhool Bhulaiyaa 2 based on the film’s merits and its entertainment quotient.” He added that Bhool Bhulaiyaa 2 has recorded a good advance booking and is expected to have a double-digit opening at the ticket counters.

Film producer and trade analyst Girish Johar believes the family going audience will go to theatres for Bhool Bhulaiyaa 2 as, “it will be a paisa vasool entertainer”. He said, “It is an Anees Bazmee film, and the audience already knows that they are going to have fun at the theatre. I will peg the film at around Rs 9-10 crore.”

Dhaakad, another release this Friday, is an action-thriller with some high-voltage action sequences featuring Kangana Ranaut. As per Girish Johar, the film suits the flavour of the season as the audience these days is lapping up action dramas (KGF 2, Pushpa, RRR). He told indianexpress.com, “Dhaakad is an expensive film. These days, action films are doing quite well at the box office. The awareness level around the film is decent. I would be happy if the film opens anywhere in Rs 3 crore plus range.” Dhaakad is expected to hit approximately 2000 screens across the country.

Akshaye Rathi believes the Kangana film will have more takers in single-screen cinemas. “Dhaakad is a true blue mass entertainer. It is a single screen film which will work in Tier 2 and Tier 3 cities. And, the audience in these demographics is more about current bookings than advance bookings,” explained Rathi.

But, with KGF 2 doing well every weekend, the question remains the same as it has been for the last six weeks, will Dhaakad and Bhool Bhulaiyaa 2 survive the craze around the Yash film? Johar replied, “It depends on the films that are in option. People rejected Jayeshbhai Jordaar, so once again, the audience moved to KGF 2. Now, if both Dhaakad and Bhool Bhulaiyaa2 are not good, KGF 2 will once again earn money. But I think that will not happen. We are in the sixth week, the film is out on OTT, so I think, now Bhool Bhulaiyaa 2 will have a good start.”