HomeBollywoodDoctor Strange In The Multiverse Of Madness Trailer: The X Factor Sends...
Bollywood 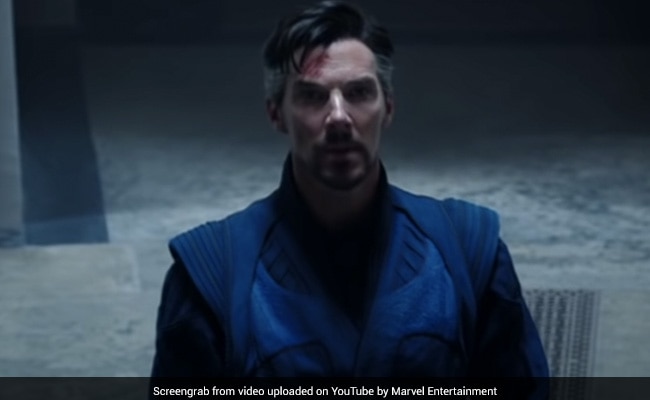 New Delhi: A mysterious voice in the trailer for Doctor Strange In The Multiverse Of Madness has sent the Internet into a spin. The voice speaks for barely even a second, intoning “We should tell him the truth” as a handcuffed Doctor Strange, played of course by Benedict Cumberbatch, looks up at him perplexed. Fans, however, instantly identified the voice as Patrick Stewart, Professor X from the X-Men franchise. “I’d know that voice anywhere,” read one tweet. There has been no indication, not the slightest hint, from Marvel that the upcoming Doctor Strange sequel contains a Patrick Stewart surprise; there are several reveals in the trailer – the return of Chiwetel Ejiofor as Mordo and the introduction of teen superhero America Chavez – but Professor X is not among them.

There’s no telling, even, if Patrick Stewart is appearing in Doctor Strange In The Multiverse Of Madness as Professor Charles Xavier or Professor X, a role he has played in seven X-Men films so far. The Internet, however, is thrilled by the prospect of an X-Men crossover – it would be the second such if you count Evan Peters’ appearance in WandaVision as Quicksilver. Evan played Quicksilver in the X-Men films; Aaron Taylor-Johnson was the Marvel Cinematic Universe’s original Quicksilver, playing the role in Avengers: Age Of Ultron. Quicksilver dies in that film but pops up again in his sister Wanda’s simulated reality of WandaVision – only it’s the Quicksilver from the X-Men universe, in a cheeky bit of mend-bending casting, and turns out to be an actor called Ralph Bohner hired to play Wanda’s dead brother by her nemesis Agatha Harkness.

On the subject of Wanda, Elizabth Olsen reprises her role in Doctor Strange In The Multiverse Of Madness in which several threads from previous series – WandaVision and What If? included – seem to converge. Doctor Strange has managed to let out alternate dimensions despite and also because of his status as Sorcerer Supreme. He must be punished, says Mordo – a returning Chiwetel Ejiofor who has sat out the events of Infinity War and Endgame. Doctor Strange is brought, hand-cuffed, to face punishment – it is unclear from whom – and it is here that the voice , ID-d by the Internet as Patrick Stewart, puts in a fleeting appearance.

i recognized patrick stewart’s voice the second i heard it in the dr strange trailer, i hope it’s true

I’ve only just watched the trailer and I could be reaching but that’s sounded like Patrick Stewart ?????!

Patrick Stewart is, of course, trending. This fan suggested a possible complication in the X-Men crossover:

In the off-chance that Patrick Stewart isn’t playing Professor X in the film, there are several precedents of actors who have been cast across separate superhero franchises – Chris Evans and Michael B Jordan both played The Human Torch in the Fantastic Four films before taking on the roles of Captain America and Killmonger; Michael Keaton has played Batman in the Tim Burton classics and Vulture in Spider-Man: Homecoming (he’s going to play both these roles in separate films this year); Christian Bale, Christopher Nolan’s Batman, has been cast as Gorr the God Butcher, the villain in the upcoming Thor: Love And Thunder.

Watch the trailer of Doctor Strange In The Multiverse Of Madness here:

The returning cast in Doctor Strange In The Multiverse Of Madness also includes Benedict Wong and Rachel McAdams as Wong and Christine Palmer. Xochitl Gomez stars as America Chaves, one of a handful of new superheroes that the MCU is introducing.