HomeBollywood‘Dragging my late wife Sunanda into this…’: Shashi Tharoor responds to Vivek...
Bollywood 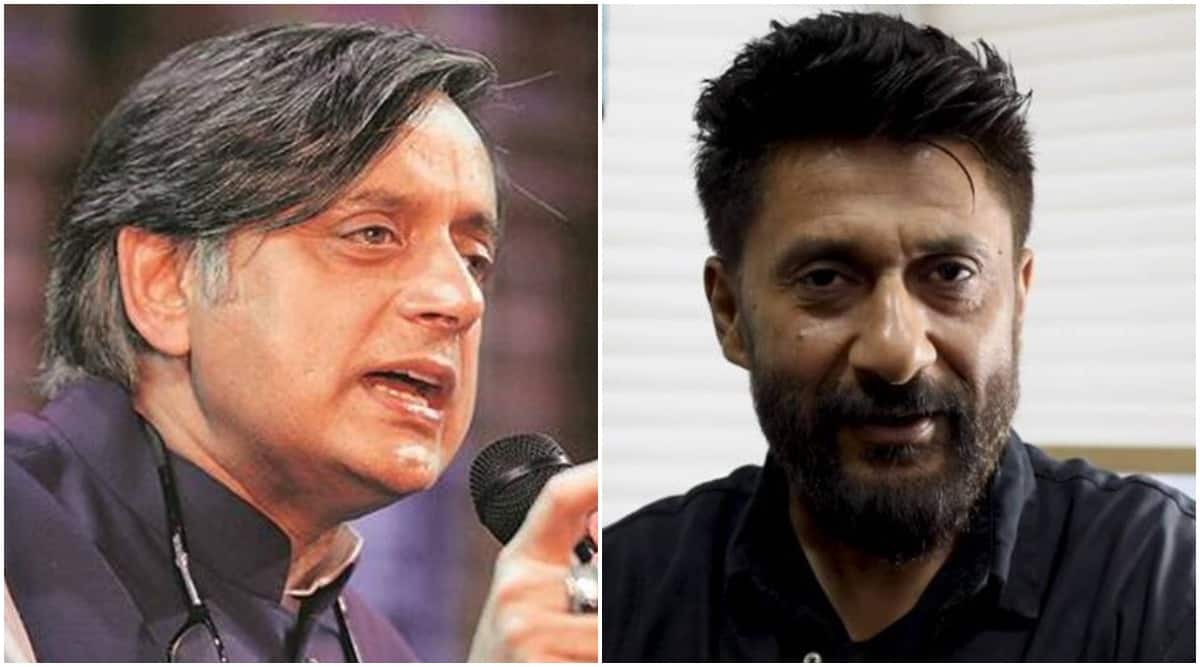 Congress MP Shashi Tharoor responded to social media attacks by filmmaker Vivek Agnihotri and actor Anupam Kher, the two most prominent faces behind the recent box office hit The Kashmir Files, which Tharoor had described as a ‘film promoted by India’s ruling party’.

Tharoor had tweeted about the film not securing a release in Singapore, to which Agnihotri and Kher had responded by invoking Tharoor’s late wife Sunanda Pushkar, a Kashmiri Pandit. They asked him to honour her memory and not disparage the suffering of the Pandit community. Pushkar died in her New Delhi hotel room in 2014.
- Advertisement -

Without naming either Agnihotri or Kher, Tharoor posted a statement on Twitter and clarified that he hasn’t seen The Kashmir Files, and had simply tweeted facts. “At no point did I mock or disparage the sufferings of Kashmiri Pandits, of whose plight I am intimately aware, and to which I have repeatedly drawn attention over the years,” Tharoor wrote.

My statement in response to assorted comments on my tweet: https://t.co/7jlJDu6ZSc pic.twitter.com/ouZEQWoGS4

“Dragging my late wife Sunanda into this matter was unwarranted and contemptible. No one is more aware of her views than I am. I have accompanied her to the destroyed ruins of her ancestral home in Bomai, near Sopore, and joined her in conversations with her Kashmiri neighbours and friends, both Muslim and Hindu. One thing I know, unlike those attempting to exploit her when she is not around to speak for herself: She believed in reconciliation, not hate,” he added.

The latter part of his statement appears to address the debate around the film, which has been criticised for misrepresenting facts and fuelling divisiveness. Agnihotri has maintained that his intention was only to shine a light on a chapter in history that he feels has been ignored. The Kashmir Files became a word-of-mouth hit earlier this year, making over Rs 350 crore worldwide. It’s the highest-grossing Hindi film in a year that has become notorious for delivering Bollywood flops.