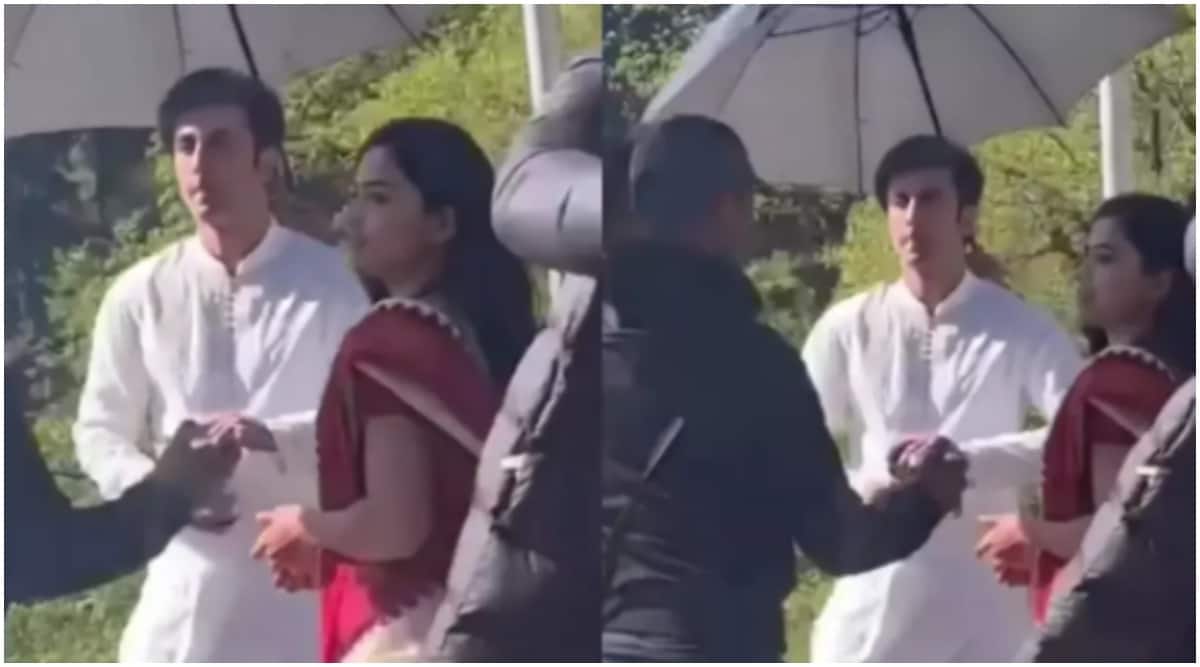 A fan was taken by surprise after they spotted none other than Ranbir Kapoor shooting a scene for his new film Animal on the side of a street in Manali. Ranbir and his co-star Rashmika Mandanna are currently in the hill station with director Sandeep Reddy Vanga.

Pictures of Ranbir posing with fans had earlier been shared online, but this is the first visual of the actor in action. The video, which has been shared on multiple Instagram fan pages, shows him wearing a white kurta, while Rashmika is wearing a red saree. Ranbir sports a clean-shaven look, a stark contrast to the beard he’d grown for his recent wedding.
- Advertisement -
- Advertisement -

The video also shows a couple of crew members trying (in vain) to shield the actors from being photographed. The fan was surprised at what they saw as well. The original Instagram Story was posted with the caption, “Did I just see Ranbir Kapoor?” with a star-struck eyes emoji.

Ranbir was last seen in director Rajkumar Hirani’s 2018 hit Sanju, a biopic on the life of actor Sanjay Dutt. The film proved to be Ranbir’s biggest-ever hit. But he hasn’t appeared in a film since. The actor has spent half-a-decade shooting Ayan Mukerji’s upcoming fantasy epic Brahmastra, in which he co-stars with his wife Alia Bhatt. The two fell in love while working on the film, and tied the knot in a close-knit ceremony on April 14.

Ranbir will also be seen in the gangster film Shamshera, which also stars Sanjay Dutt and Vaani Kapoor. Rashmika is a big name in the South Indian industries, and was most recently seen in Aadavallu Meeku Johaarlu and the blockbuster Pushpa: The Rise. Her upcoming Hindi films include Mission Majnu and Goodbye.