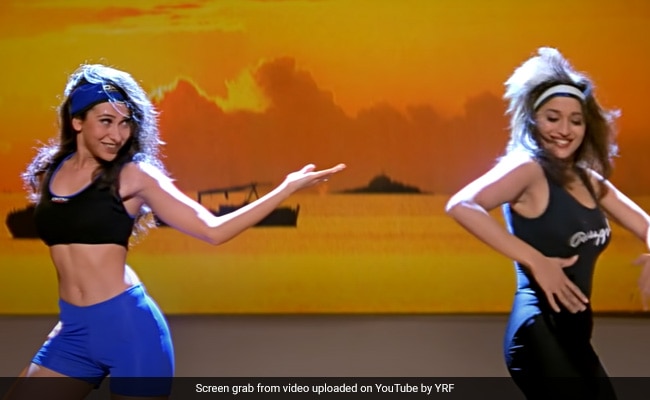 New Delhi: Karisma Kapoor needs no introduction, does she? The OG Bollywood queen is the quintessential Hindi film heroine with fine acting abilities, stunning looks and enviable dancing skills. Hailing from the illustrious Kapoor family, Karisma Kapoor was the reigning superstar of the 90s and 2000s and she continues to be one for her fans. She is also one of the few actresses who can boast of a sizzling chemistry with all the big heroes of her time. From Shah Rukh Khan to Govinda, Karisma has matched steps and weaved stories with the biggest heroes of the film industry.

On her 48th birthday, here is a list of some of the actress’s finest performances.

This Shyam Benegal directorial is one of Karisma Kapoor’s most celebrated performances that proved her mettle as an actress. In it, Karisma plays Zubeidaa, an actress who marries into a royal family. The film has her performing alongside stalwarts such as Manoj Bajpayee and Rekha.

Karisma Kapoor may have not gotten the guy in this Yash Chopra romance, but she sure had the audience’s love and sympathy. The film features Karisma as Nisha, a dancer who is in love with her best friend Rahul. In the movie, she matched steps with Madhuri Dixit as Pooja and presented Bollywood with some of the best dance numbers. Karisma Kapoor also won the National Award for  Best Supporting Actress for the film.

In this Dharmesh Darshan film, Karisma plays Aarti, a heiress with a heart of gold. Aarti is in love with Raja, a driver and as expected the class differences seem too much for her family to digest. The film is a romantic drama that features fine performances from Aamir Khan and Karisma Kapoor, elevated by their sizzling chemistry.

Fiza directed by Khalid Mohammed is the story of a sister in search of her brother, set against the backdrop of terrorism. The film features not just Karisma’s but also one of Hrithik Roshan’s finest performances. Jaya Bachchan proves why she is one of the greatest actresses in the country in her role as the mother of Fiza and Amaan. Watch it for the hard-hitting story and the superlative performances.

Andaz Apna Apna, one of Bollywood’s cult comedies, was shot just three years after Karisma Kapoor made her debut in Bollywood. Featuring a stellar ensemble cast of Karisma Kapoor, Raveena Tandon, Aamir Khan, Salman Khan and Paresh Rawal, this one is a must-watch. The hilarious one-liners and inherent innocence of the film remains fresh even today.

Tell us your favourite Karisma Kapoor film in the comments.