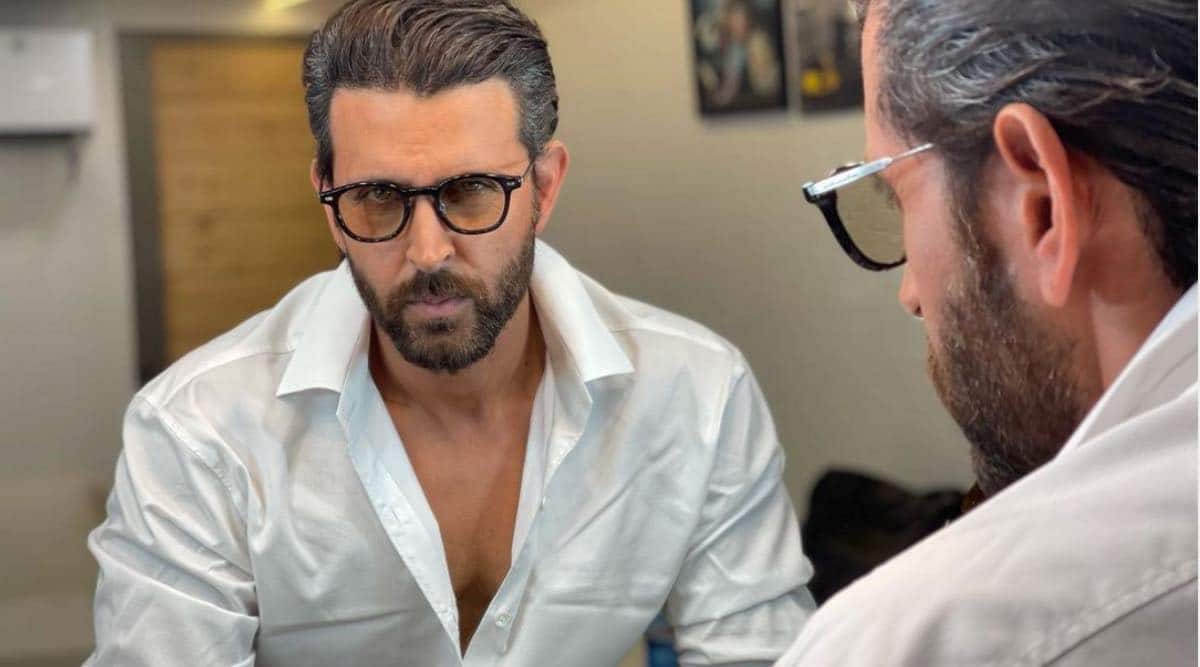 Actor Hrithik Roshan treated fans to a new look from his upcoming film Vikram Vedha. On Saturday, he shared a photo where he is staring into the mirror, mentioning that he is ‘channeling’ Vedha. The film also features Saif Ali Khan.

Hrithik wrote, “Calm over chaos #channelingvedha.” In the photo, Hrithik wears a white shirt, as he poses for the camera looking at the mirror. Preity Zinta and Zoya Akhtar reacted to the photo with fire emoticons, while Vicky Kaushal sent him a clapping emoji. Others wrote that he looked handsome, and mentioned that he looked like Shark Tank India’s judge Ashneer Grover. Some called him a Greek God.
- Advertisement -

In February, Hrithik had revealed Saif’s look from the film too. Hrithik captioned his post, “VIKRAM. #Vikramvedha P.s : working with one of the finest actor and a colleague I have admired for years is going to be an experience I’m going to cherish. Can’t wait! विक्रम.”

Termed as a neo-noir thriller by its makers, Vikram Vedha is inspired by the folktale of Vikram aur Betaal. The film tells the story of a tough police officer who sets out to track down and kill an equally tough gangster. This original Tamil blockbuster starred R Madhavan and Vijay Sethupathi. Hrithik plays the role of Vedha, while Saif Ali Khan plays the police officer.

The film is produced by Bhushan Kumar’s T-Series and Reliance Entertainment, in association with Friday Filmworks and S. Sashikanth’s YNOT Studios. Vikram Vedha is expected to release globally on September 30, 2022.

Besides Vikram Vedha, Hrithik Roshan also has films like Fighter alongside Deepika Padukone, a sequel of his last release War, and the next installment in his superhero franchise, Krrish 4. Saif, meanwhile, will be seen in Adipurush with Prabhas, among other projects.