HomeBollywoodIf Vicky Were A Superhero, He Would Be Called "Mr Vanisher." His...
Bollywood

If Vicky Were A Superhero, He Would Be Called "Mr Vanisher." His Words 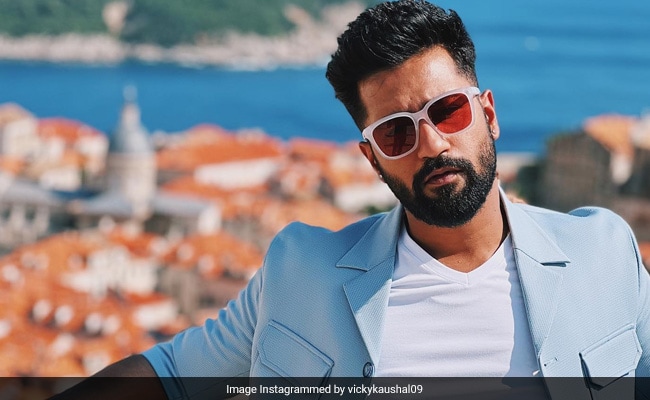 New Delhi: Vicky Kaushal as a Marvel Cinematic Universe-style superhero. Sounds like a brilliant idea, doesn’t it? Well, when the actor was recently quizzed about whether he would be willing to be a part of a superhero film, Vicky answered in the affirmative and even gave us a glimpse of his “superpowers”. It all began on the red carpet of The Gray Man premiere, when entrepreneur Agrim Prakash asked Vicky Kaushal whether he would be ready to shoot an Avengers-style superhero team film. To this, Vicky Kaushal jokes in the clip, “We have already started filming it.” When asked what his superhero name would be, Vicky Kaushal cheekily says, “Mr Vanisher,” before darting away from the frame.

Agrim Prakash has shared the video on Instagram with the caption, “Waiting on Vicky Kaushal to accept my collaboration request on this reel.”

Vicky Kaushal shared the video on his Instagram Stories and wrote, “Mr Vanisher” with a warning emoji. Take a look at Vicky Kaushal’s post:

When he is not teasing fans with dreams of a superhero film, Vicky Kaushal is busy with his upcoming projects which are interesting, to say the least. A few days ago, Vicky shared a bunch of images from the script reading session of Sam Bahadur. In the images, the actor is with his director Meghna Gulzar and co-stars Sanya Malhotra and Fatima Sana Shaikh. In the caption, Vicky Kaushal said, “Reading together, a story we are honoured to tell. Of a Soldier and a Gentleman. Our Sam Bahadur,” and tagged the team.

A week ago, Vicky Kaushal also celebrated seven years of his film Masaan, which featured his breakthrough performance as a young man dealing with love and loss. In the caption, he wrote, “7 saal ho gaye! Dil se shukriya. (It has been 7 years. Thank you from the bottom of my heart).”

On the work front, Vicky Kaushal will also be seen in Govinda Naam Mera, Laxman Utekar’s untitled film as well as  Anand Tiwari’s untitled next, in addition to Sardar Udham.