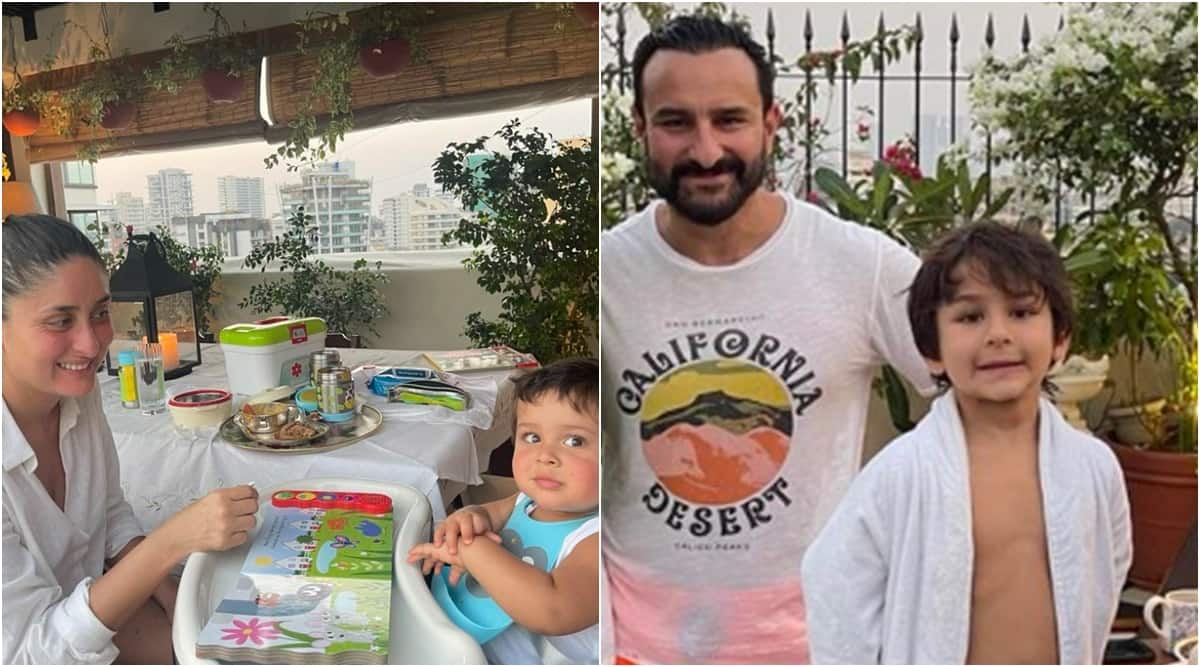 Saif Ali Khan and Kareena Kapoor Khan took their sons Taimur and Jeh out for an evening by the poolside, on Monday. Friends Alexandra Galligan and Saleem Siddiqi also joined the fam-jam. They posted several clicks on Instagram where we can see Taimur and Jeh enjoying by the pool, eating, swimming and grabbing all the attention.

In the photos, Kareena is seen having a blast. From reading out stories to Jeh, to hogging some cheese along with Taimur, it looks like Kareena made the most of the time.
- Advertisement -

Saif and Kareena‘s poolside get-together happened after they celebrated Saif’s sister Soha Ali Khan and husband Kunal Kemmu’s new children’s book Inni and Bobo Find Each Other. The star couple was joined by Soha and Kunal for a meal too. Kareena shared a click from the candle-light meal on Instagram.

Saif and Kareena were spotted on Saturday in Mumbai, spending time with their family. While Jeh was seen riding his toy car, Taimur had a message for the paparazzi around them. He told them “bas karo (stop)”, and Taimur’s video went viral in no time.

Kareena had previously spoken about the attention Taimur gets from photographers. She told PTI, “We view it as something socially irresponsible because we have been such good parents. We haven’t shied away. We never hid Taimur’s face. In Hollywood, they don’t allow children’s faces to come (publish).”