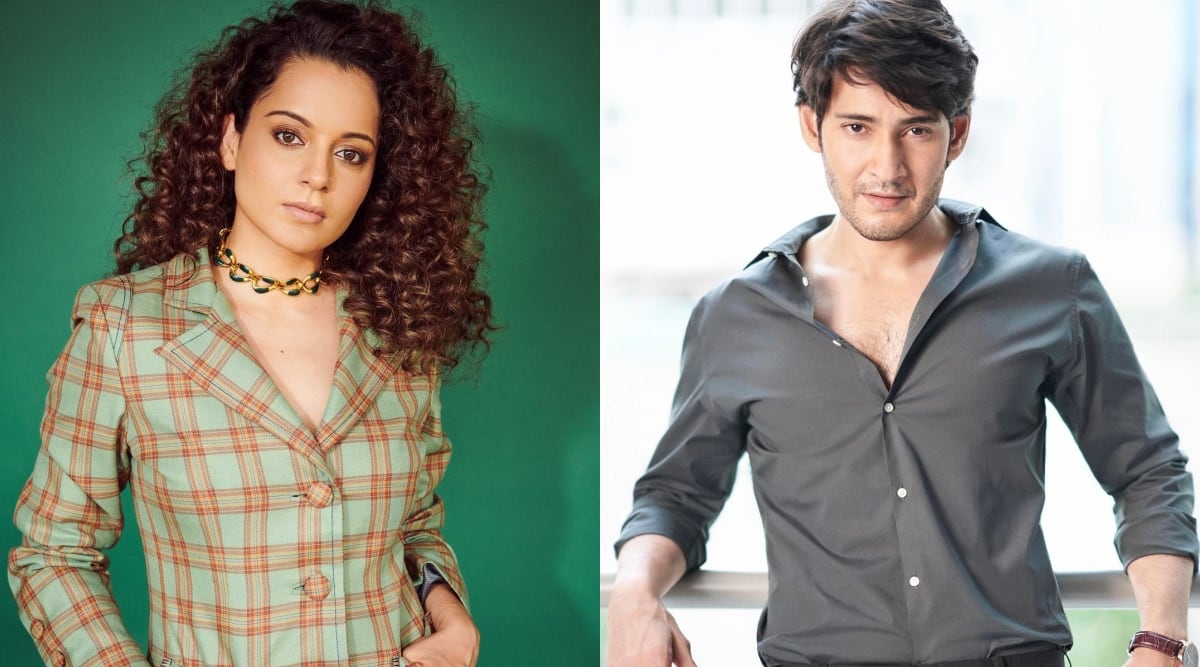 Kangana Ranaut, who never minces words, on Thursday agreed with Telugu actor Mahesh Babu’s statement that Bollywood can’t afford him. Kangana was in the national capital to launch the second trailer of her upcoming action thriller Dhaakad.

Mahesh has been busy promoting his film Sarkaru Vaari Paata. During an interview, the actor was asked when he would do a movie in Hindi. He replied, “I don’t know if I’d sound arrogant. I did get a lot of offers from Hindi. But, the simple thing is I don’t think they can afford me. I can’t waste my time. The kind of respect I get here. The kind of stardom I get here. I never really thought of leaving my industry and going to another.”

During the trailer launch of Dhaakad, Kangana Ranaut was asked about the Telugu star’s comment and she readily agreed, “Ye toh unhone sahi kaha (He is absolutely correct). I agree with this.” She continued, “I know for a fact that he gets a lot of offers from various filmmakers. His generation of actors has made the Telugu film industry the number one film industry in India. So, Bollywood definitely cannot afford him.”
- Advertisement -

“He has shown respect towards his industry and nobody can deny it. We can’t deny that the Telugu film industry didn’t get anything on a platter. In the last 10-15 years, they have worked hard and have even left the Tamil film industry behind. We can only learn from them,” the actor opined.

After his statement courted controversy, Mahesh Babu clarified that his statement was only a reflection of his love for his film industry. He said, “I have always wanted to do Telugu films. And I have always wished for Telugu movies to do well across the country. I strongly feel why should we go to another industry by leaving ours behind. I am very happy that our films are reaching there (in North India). Our movies are doing well at the pan-India level and my dream is coming true.”

Kangana Ranaut also gave her two cents on the Hindi as national language debate that came to fore after Kiccha Sudeep and Ajay Devgn’s Twitter exchange. She said, “In this nation, there are many languages and no one language is inferior to another. So, all the languages should be equally respected.”

But the Dhaakad actor feels people who move to different states should adapt the culture of that particular state and also learn the language of the state. “When you go to some other state, you should learn the language of that state. I shifted to Mumbai from Himachal (Pradesh), so I learnt Marathi. Likewise, anyone who comes to the north states should learn Hindi and respect the culture of the state. We should rise above all such things,” Kangana concluded.