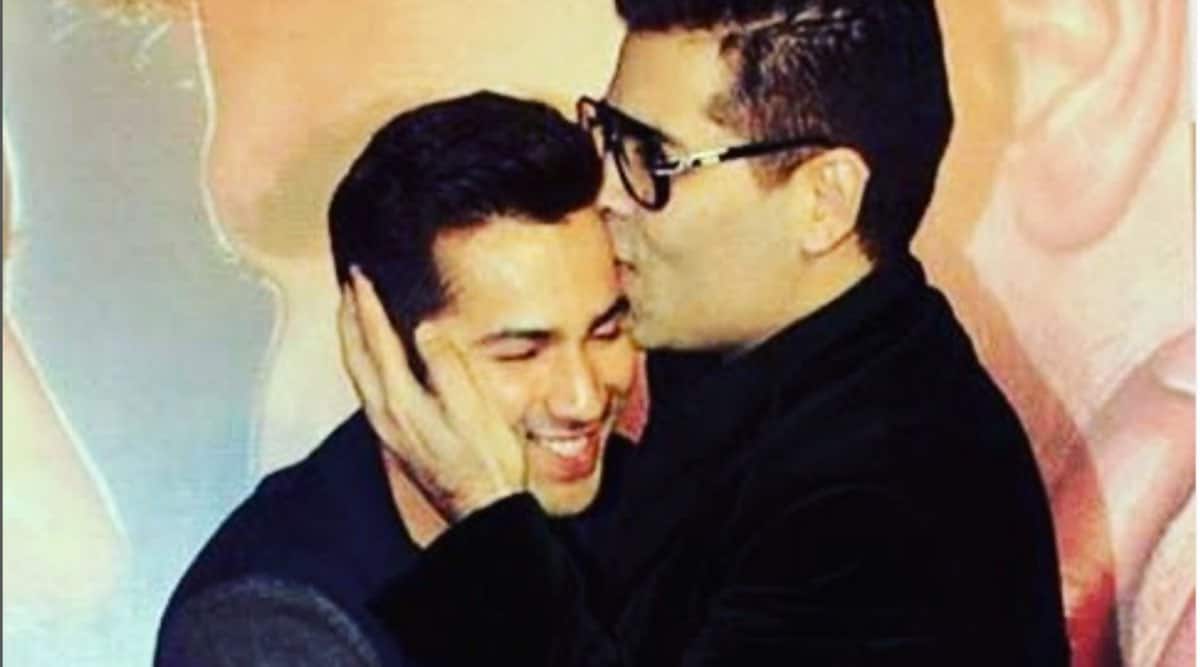 Filmmaker Karan Johar penned a hilarious post for Varun Dhawan on his birthday. He took to Instagram and shared a photo with the actor, referring to all his upcoming films, and saying that he hopes he creates a ‘bawaal‘ at the box office, and even joked that he should take a lower fee and act more. The two have shared a close bond since Varun’s Student Of The Year debut, which was launched by KJo.

Karan Johar also shared a video montage of other Jugg Jugg Jeeyo actors wishing him a happy birthday. Anil Kapoor was heard singing, “Varun my boy, my boy, it’s your birthday, how old are you. Doesn’t matter how old you are, you’ll never look as young as me. Don’t even try.” He also added that Varun’s ‘biggest hit’ will be with him. Neetu Kapoor mentioned  “You’re really like my son,” Kiara Advani said, “Lots of love, and happiness. First class raho, have an amazing year ahead.” Prajakta Kohli also echoed the same sentiments, saying, “You’re amazing. You made life so much fun for me on my first day on sets.”

Varun shared a photo of himself among balloons, and mentioned that he was glad to be working on his birthday. The actor has several films in the pipeline, including Bawaal, Bhediya and Jug Jugg Jeeyo. “It ain’t my sweet 16, but super happy to spend this bday working. The last 2 birthdays were spent at home but feels great to be out here on set getting up at 5:30 in the morning and reporting to @niteshtiwari22 set #bawaal. 2022 is special for me with #jugjuggjeyo and #bhediya set for release,” he wrote.

Nupur Sanon and Anusha Dandekar commented on the photo, wishing him a happy birthday. Tamannaah Bhatia shared his photo on her Twitter account and wrote, “Happy birthday! Wishing you a great year ahead!”