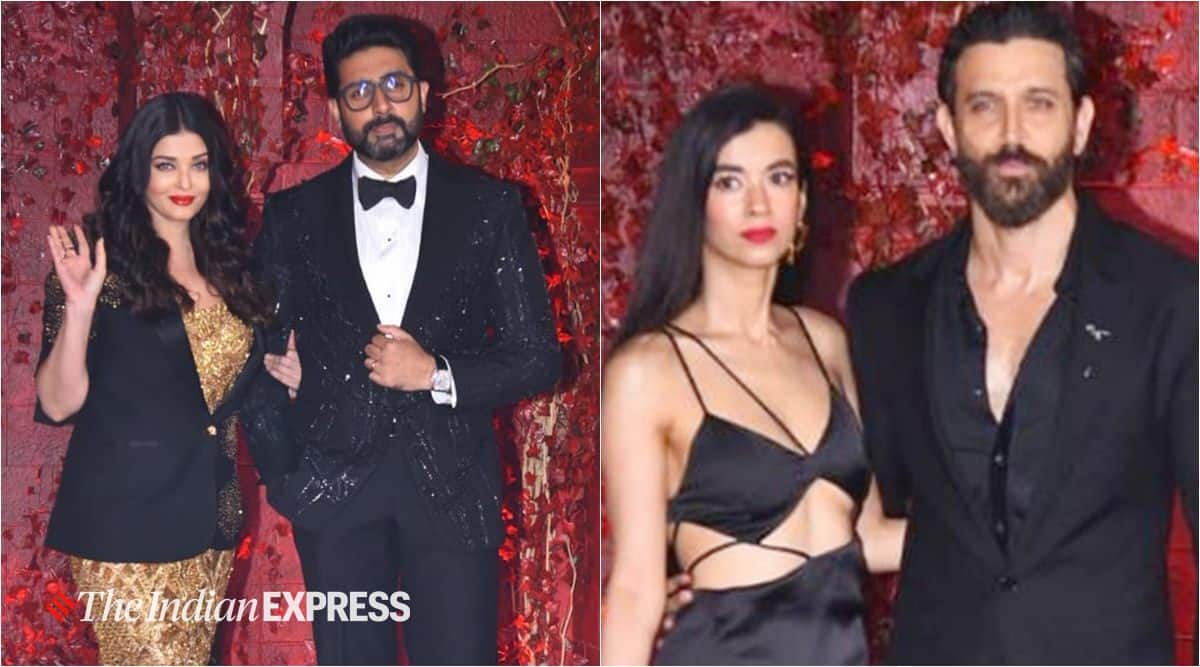 Filmmaker Karan Johar recently threw a grand birthday bash for his celebrity friends in Mumbai’s YRF Studio as he turned 50. A number of celebrity couples were clicked on the occasion.

Aishwarya Rai Bachchan and Abhishek Bachchan looked adorable as they posed for pictures before making an entry into the party. While Aishwarya dazzled in a gold dress and black jacket, junior Bachchan looked dapper in his tuxedo.
- Advertisement -

Hrithik Roshan and Saba Azad made quite the pair in all-black attire. The duo walked hand-in-hand at the bash after posing for the photographers. Meanwhile, Saif Ali Khan and Kareena Kapoor Khan looked like Bollywood royalty as they struck a pose for the camera with their close friends Malaika Arora and Amrita Arora. While Kareena opted for a silver dress for the party, Saif looked handsome in a black and white suit.

Vicky Kaushal and Katrina Kaif looked perfect together as they were clicked upon their arrival. Katrina looked her glam self in a short white number. The actor had even shared photos from the night on her social media with the caption, “That kind of night.”

Other celeb couples who were spotted at KJo’s bash included Jackky Bhagnani-Rakul Preet Singh, Madhuri Dixit and Shriram Madhav Nene, among others.

On the work front, Karan Johar is currently filming the Ranveer Singh and Alia Bhatt-starrer Rocky aur Rani Ki Prem Kahani. On his birthday, he also announced that he will direct an action film next year.