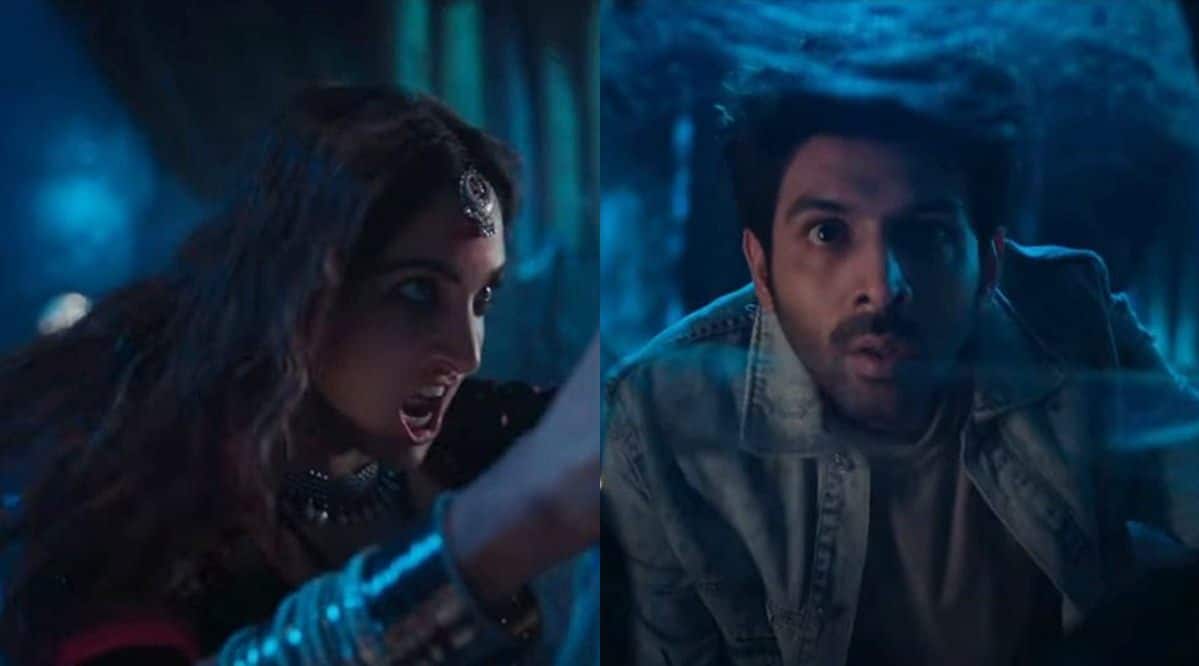 The trailer of Bhool Bhulaiyaa 2, a sequel to Priyadarshan’s hit 2007 film Bhool Bhulaiyaa, is out. The film stars Kartik Aaryan and Kiara Advani in the lead roles, along with Tabu, Sanjay Mishra and Rajpal Yadav in supporting roles. The horror-comedy is directed by Anees Bazmee, who has films such as Welcome, Ready, No Entry and Sing Is Kinng, among others, to his credit.

The over 3-minute Bhool Bhlaiyaa 2 trailer shows Kartik as a conman who passes himself off as a ghostbuster named Ruhan. Kiara stars as the ‘not so sweet’ Reet, who will be possessed by ‘Manjulika’ after our bumbling hero opens a spooky ‘darwaza’ that he was instructed not to mess with. It seems like Tabu stepped off the sets of Golmaal Again, and entered Bhool Bhulaiyaa 2 shoot as the one who will explain all things bhootiya.
- Advertisement -

The dialogues that try to mix humour with horror are as good as jokes on The Kapil Sharma Show: “isse acha toh Bigg Boss mein chale jaate…” and “Donald Trump ke tweet aur chudail ke feet…”. The witch Manjulika is like any other ghost you saw in the TV show Aahat, with those long tresses, big red bindi and kohled eyes. After watching the trailer, one can only hope the film is better than this clip.

Like many other films, Bhool Bhulaiyaa 2’s shoot was also stalled due to the coronavirus pandemic. Filming later resumed with Covid-19 protocols in place in Lucknow.

Talking about the film, Kartik had said earlier, “Bhool Bhulaiyaa has always been one of my favourite comedic supernatural thriller film and now being part of BB2 makes me happy, especially because I’ve been a big fan of Akshay Kumar sir and it’s a great responsibility to take his franchise forward. It’s a hilarious script and Anees sir has taken it to another level.”

Director Anees Bazmee had also promised that Kartik “has a great part in the film.” Produced by Bhushan Kumar’s T-Series, Krishan Kumar and Murad Khetani, and written by Farhad Samji and Aakash Kaushik, Bhool Bhulaiyaa 2 will hit the theaters on May 20.