HomeBollywoodKoffee With Karan 7: The Alia-Ranbir Story Began On A Tel Aviv...
Bollywood

Koffee With Karan 7: The Alia-Ranbir Story Began On A Tel Aviv Flight 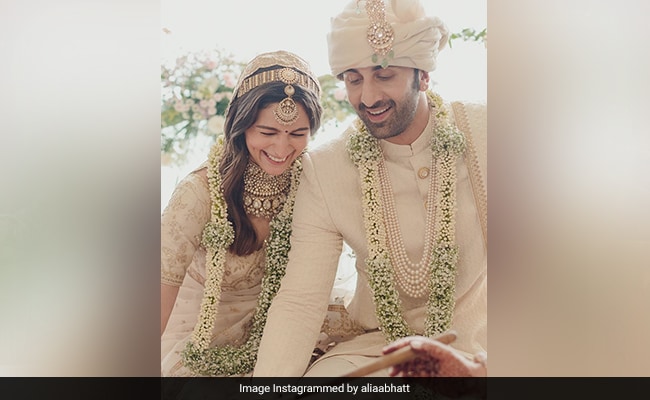 New Delhi: A quintessential Koffee With Karan 7 episode includes some spilling of beans and that is just what happened on the first episode of the 7th season of the talk show. While Ranbir Kapoor might be a private star but thanks to wife Alia Bhatt, we just got to know that star a lot better. For starters, did you know that he planted the guide to take pictures of him and Alia when he proposed to her. And way before the stars started dating, Ranbir Kapoor came to Alia Bhatt’s debut film Student Of The Year set and joked to Karan Johar: “Should I marry her?” Well, there was a lot more, read ahead.

Alia Bhatt, who was a bit hesitant to talk about Ranbir Kapoor’s proposal on the show, did it eventually. Alia revealed that Ranbir Kapoor blew her mind with the planning of the proposal. “In terms of planning, he totally blew my mind, we were not even talking about it. After the pandemics, we decided will just go with the feeling. He just carried the ring and did it in the middle of the jungle. In the middle of the jungle.” Alia added, And after he was over, he had planted the guide to take our pics. He knows how much pics mean to me. It was too special.”

Alia On Dealing With The Pandemic

When Alia Bhatt was asked about the effect the pandemic had on her, the actress said, “There were degrees at each time. When the pandemic hit and covid began in April and March, my focus was not on the pandemic. We were dealing with Rishi uncle’s passing away. April and March went away in hospital and I was spending time with Ranbir’s mum and now mum.”

Kapoors Do Everything Together

When Alia Bhatt was asked if she had to change her personality to adapt to the Kapoor family, Alia Bhatt said, “I have been brought up between me, my mum, my sister and my father. That was it. Our interaction was very limited. We were a very close family, but we were not a big family. We did not have these massive celebrations or get-togethers. Everybody did their own thing. Enter the Kapoor family, where everyone does everything together. You eat together, do aarti together, everything is done together. It was cute. I have been through so many moments of culture and family because of the Kapoor family that it has given me a totally new layer in my life.”

When Ranbir Kapoor Joked: “Should I Marry Her?”

Long before Alia Bhatt and Ranbir Kapoor started dating, Ranbir Kapoor dropped by the sets of Alia Bhatt’s debut film Student Of The Year. CIRCA 2012 and he jokingly asked the film’s director Karan Johar and asked: “Should I marry her?” Fun fact: Alia Bhatt had no idea until Ranveer Singh and Karan Johar talked about it on the show tonight.

We Are Not Crying, Everyone Is Crying

Ranbir Is A Traditionalist

Alia Bhatt revealed during the episode that her husband Ranbir Kapoor is a “traditionalist.” She added that at their wedding, he was listening to every word of the pandit said and said “Isko samjhaiye“. Meanwhile, Alia Bhatt was like, “Sunset ho raha hai. Did not want to miss my sunset pictures.” Alia also revealed that Ranbir Kapoor used to FaceTime his dad Rishi Kapoor at pujas, when the veteran actor was undergoing treatment for cancer in New York.

A Lot Can Happen On A Flight

For Ranbir Kapoor and Alia Bhatt, Brahmastra was not the place where it all began. It was during a Tel Aviv flight. Here’s how things unfolded, per Alia Bhatt: “When I was single after a very long time, everyone around me, my sis and friends said you and he (Ranbir) are going to be together. We talked about it on our flight. We were seated together and then something went wrong with his seat. Later his seat got fixed and when we exchanged notes. The vibe started there only and the rest is history.

Icing On The Cake

Before the wedding, Alia and Ranbir Kapoor had lunch together, said “bye bye boyfriend and girlfriend.” Alia Bhatt also greeted the camera and said: “This is Alia Bhatt Kapoor.” She explained that she doesn’t “need to add Kapoor because everyone knows I am one.”

Alia Bhatt announced her pregnancy last month in a cryptic post that she captioned: “Our baby… Coming soon.”

Ranbir Kapoor and Alia Bhatt got married in April at their house Vastu in the presence of family and a few close friends. They will be seen sharing screen space for the first time in Ayan Mukerji’s Brahmastra.