HomeBollywoodKWK: "We Get Together Once A Week" - Aamir On Ex-Wives Kiran,...
Bollywood

KWK: "We Get Together Once A Week" – Aamir On Ex-Wives Kiran, Reena 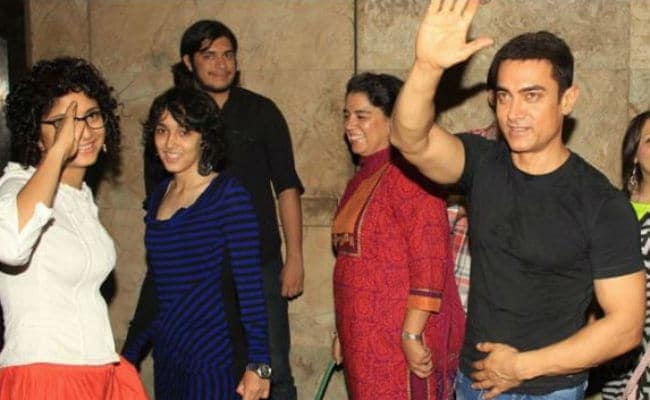 A file photo of Aamir Khan with his family.

New Delhi: Aamir Khan, who attended Karan Johar’s chat show Koffee With Karan 7 with Laal Singh Chaddha co-star Kareena Kapoor, also talked about his family during the show among other things. Speaking of his relationship with ex-wives Reena Dutta and Kiran Rao, the actor said, “We all get together once a week, no matter how busy we are. There is a lot of genuine care, love and respect towards each other.” Aamir Khan added during the show, “I have the highest regard and respect for both of them. Hum log hamesha parivar he rahenge (We will always be a family).”

Aamir Khan was previously married to Reena Dutta, with whom he has two kids. Ira, the younger of Aamir Khan’s two children with his first wife Reena Dutta, made her directorial debut with a theatrical adaptation of Euripides’ Medea, which featured Hazel Keech in the titular role. It premiered in different cities across India in December 2019. Ira has studied music, while her brother Junaid often assists father Aamir Khan in filmmaking.