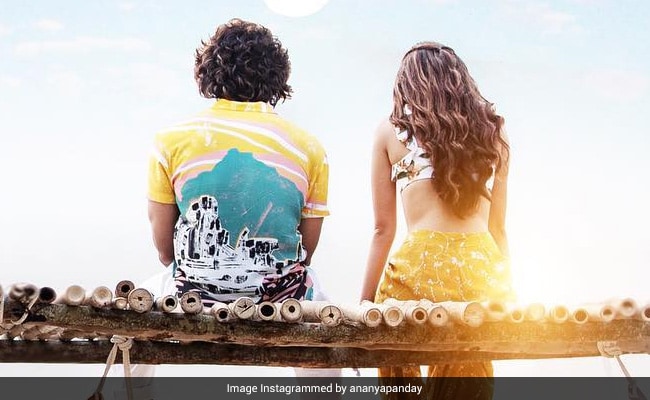 Vijay Deverakonda teased his fans with the third song Aafat, of his upcoming movie Liger, co-starring Ananya Panday. The actor shared the teaser of the song on his Instagram handle, which offers a glimpse of the duo’s cute chemistry. In the video, Ananya can be seen blowing a kiss at Vijay and requesting to meet him. However, Vijay refuses her and asks her to go back as he is with his mother (played by Ramya Krishnan). Taking up as a challenge, Ananya sneaks into Vijay’s house. Aafat is a romantic track which will offer a glimpse of their “pure, innocent and mad” love. The song is sung by Tanishk Bagchi and Zahrah Khan, while it is composed by Tanishk Bagchi. The complete track will release tomorrow (August 5).

Sharing the teaser, Vijay captioned it as, “There’s always a beautiful drama queen who will come between a mother and son!” Soon after Vijay Deverakonda dropped the post, his fans flooded the comment section with heart and love-struck emoticons.

Check out the Aafat teaser below:

Liger also stars Mike Tyson, Ronit Roy and Makarand Deshpande in pivotal roles. The film will release in five regional languages – Hindi, Tamil, Telugu, Kannada and Malayalam. It is slated to hit the theatres on August 25.