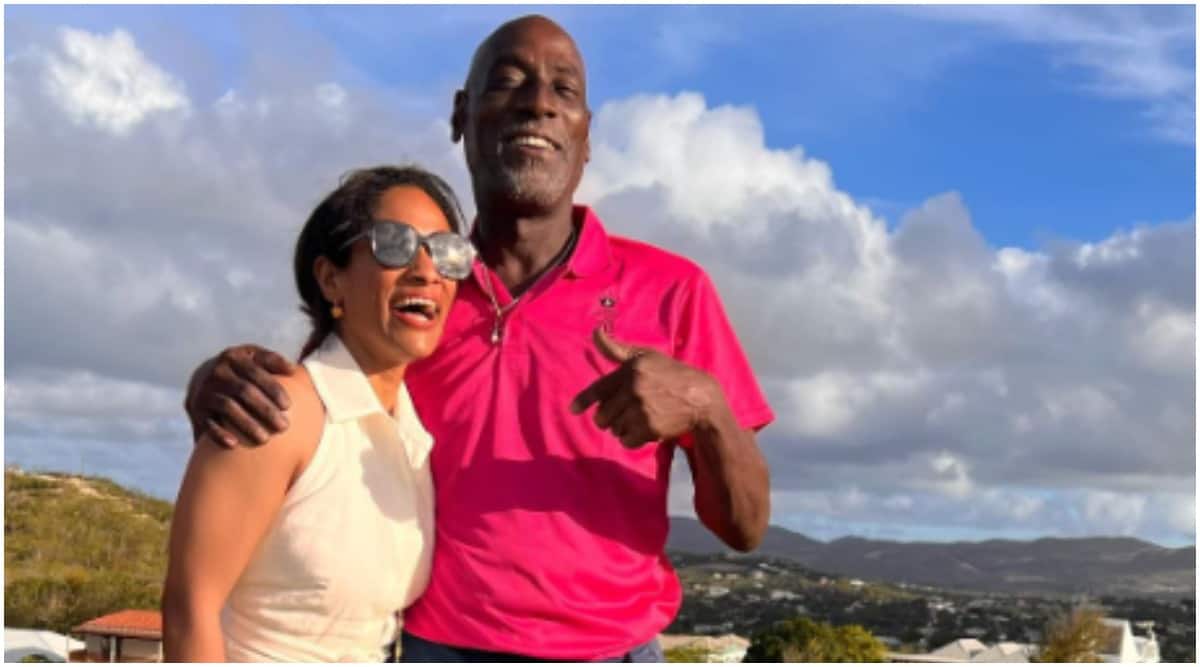 Designer-actor Masaba Gupta on Wednesday posted pictures from her father, Viv Richards’ 70th birthday celebrations. Masaba is the daughter of the former West Indies cricketing legend and actor Neena Gupta. She was raised by her mother in India, but has said that she spent time travelling with her father in her youth.

Sharing the pictures on Instagram, she wrote, “To celebrate dads 70th birthday in Antigua – a golf tournament (where he is happiest after a cricket field) for charity to raise money for healthcare workers in the region who have worked tirelessly through the pandemic.” The first picture showed Masaba and her dad posing together on a golf course, smiling from ear-to-ear. The next couple of pictures (and video) showed the golf tournament underway.
- Advertisement -

Masaba’s friends and followers were moved by the post. Rhea Kapoor commented, “Genes,” and added a fire emoji. Her husband Karan Boolani wrote, “Sir,” along with a cricket bat emoji. Hardik Pandya left a heart emoji in the comments section, and a fan commented, “When you are with Neena Gupta you look like her and when with Vivian you look like him..” Another fan wrote, “Lovely to see you two together…. Many happy returns of the day Viv Richards our heart throb from the 80s.” A third fan was more critical: “Everyone wants to own a piece of a successful child. Wish he went public when she was growing up.”

Masaba’s parents’ story has been well-documented in the press, and more recently by Neena Gupta herself in her autobiography. Although she was raised by a single mother, Masaba has spoken about her bond with both her parents in a 2012 Firstpost interview. “I have deep respect and love for both my parents. They are both their own kind of people, successful and yet not running with the herd. Through the time when I was between 8 till I turned 14, I remember my holidays with my father. He was very active in commentary then, travelling the world, and he would come to India quite often. I never really stayed with him, but Mom and I would go for holidays with him,” she said.

After successfully setting up her fashion label, Masaba has transitioned to a career in acting. She made her debut with the semi-autobiographical Netflix series Masaba Masaba, which is returning for a second season, and will next be seen in an episode of Modern Love: Mumbai, directed by Dhruv Sehgal.