Nawazuddin Siddiqui reveals he was never paid Rs 2500 salary for Shool, made up for it with free meals – Entrendz Showbizz 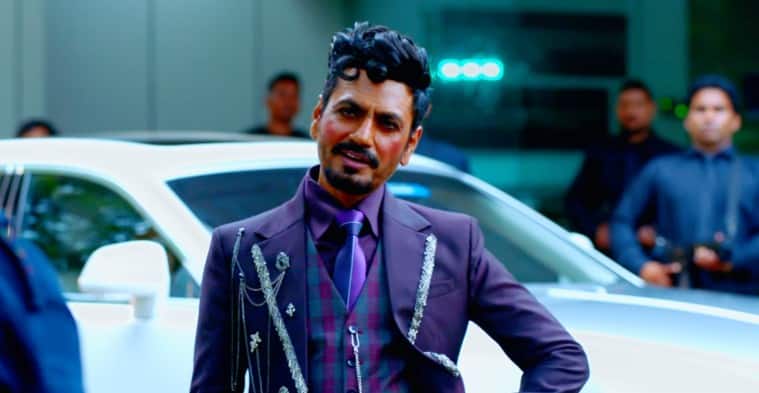 Actor Nawazuddin Siddiqui‘s journey in the Hindi film industry has been a triumphant one, that of an underdog. Nawazuddin appeared in several small roles before he could establish himself as a popular actor. He acted in Ram Gopal Verma’s Shool (1999) as a restaurant waiter. The film starred Manoj Bajpayee, who played the role of Inspector Samar Pratap Singh and Raveena Tandon, who played Manjari Pratap Singh, Samar’s wife.

In a recent interview, Nawazuddin revealed that he was not paid the small salary of Rs. 2,500 that he was owed for his work in the film. He also shared that he visited the producer’s office several times over a few months to collect his money, but when he was told that he wouldn’t be paid, he schemed a clever way to recover the money.
- Advertisement -

Nawazuddin Siddiqui told Bollywood Bubble, “I have done small roles in several films, I don’t even tell people about many of them, but I am there. I needed the money, it was a means of survival for me. I played a waiter in Shool who takes the order from Manoj Bajpayee and Raveena Tandon. The producers said they will pay me Rs 2,500, but I never got it. There have been many such cases, but this one I remember very well.”

Shool was directed by Eeshwar Nivas. Written and produced by Ram Gopal Varma, it portrays the politician-criminal nexus and the criminalization of politics in Bihar and its effect on the life of an honest police officer.

Speaking in Hindi, he added, “I used to visit the producer’s office several times for six to seven months after the film came out to get my Rs 2500, that I never got. But, what I did was, when I visited their office I would get food. So what I started doing is, I would reach their office by lunch time. And looking at me, they’d ask me ‘khaana khaayega?’ (You want to eat food?) and I’d say ‘haa’ (yes), but they’d say in return ‘paise to nahi milenge par khaana khaa le aaja tu’ (you won’t get the money, but you can eat here). And, I did that for a couple of months, and settled my money that way.”