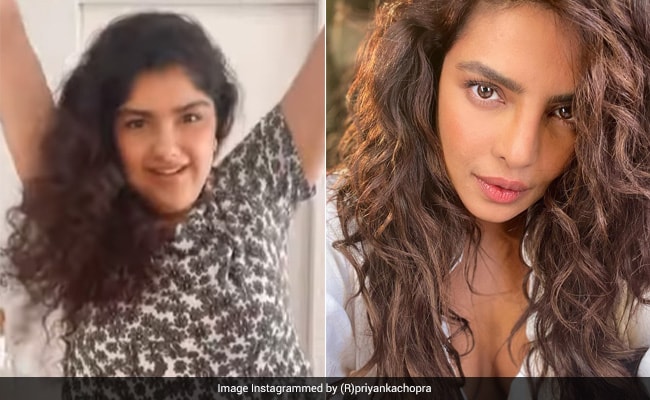 Anshula Kapoor’s Sunday special post is oh-so-relatable. We don’t know about you but actress Priyanka Chopra could very well relate to it. Let us focus on her social media upload first. Here, she is talking about the “best part about coming home from Sunday brunch”. The video opens with Anshula bringing the bra strap out from inside her dress. Then a few seconds later, she takes the bra off and raises her hands up in the air. Anshula, as a part of her hashtag, wrote, “No Bra Club.” And, Priyanka couldn’t help but drop a comment under it.  She wrote, “Everyday” with a face with tears of joy emoji.

Anshula Kapoor has also shared a glimpse of her “Sunday treat” on Instagram Stories. She shared a Boomerang of ice cream cone and wrote, “Pistachio gelato for the win.”

Anshula Kapoor, who made a lot of heads turn with her weight loss journey, often shares motivational posts on Instagram. A while back, she had dropped a video of herself from a day in the gym. Her side note read, “Contemplated posting this video 65799 times, because my arms are one of my biggest insecurities. Wearing sleeveless anything (even at home) still makes me nervous/ uncomfortable. My squishy arms and stretch marks are natural human things… They make me, ME. So maybe, it’s time I wear whatever I want to wear, and just go with it? This is me having a moment. Perfectly toned arms be damned – I am not waiting for that.” To this, Sonam Kapoor’s Anand Ahuja replied, “Vulnerability is the ultimate courage. Thank you for sharing that.” Anshula’s uncle, actor Sanjay Kapoor left raising hands and clapping emojis. Actress Janhvi Kapoor followed suit.

Anshula Kapoor is the daughter of Boney Kapoor and the late Mona Shourie Kapoor.