HomeBollywoodR Balki’s love for the cheeky, wry and unusual shone best in...
Bollywood 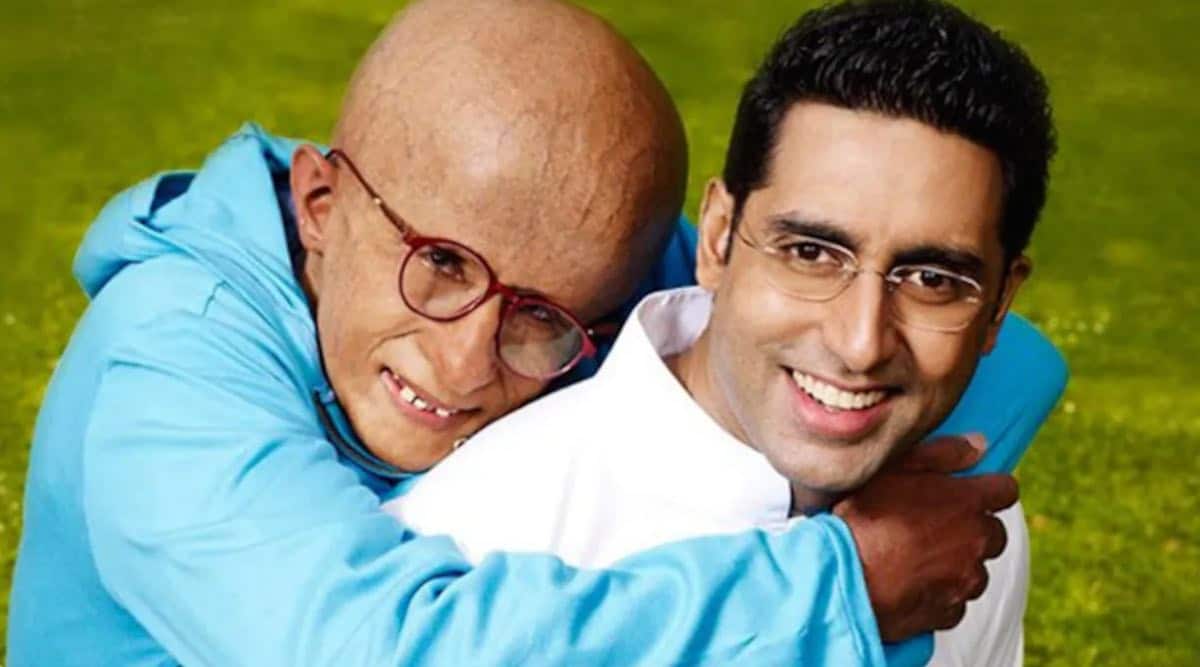 In Cheeni Kum, Tabu and Amitabh Bachchan were entangled in a cheeky, wry love story that addressed the stigma around wide age-gaps in romantic relationships. Tabu plays the confident and strong Nina, a 34-year-old woman visiting a friend in London. Bachchan is the stiff 68-year-old chef Buddha, who doesn’t like any sort of criticism. She criticises his biryani, and verbal jousting ensues. It turns out he is in the wrong, and he has to do the unthinkable: apologise.

You know where this goes in theory, but how it plays out is a delight to watch, thanks to Tabu’s sultry peeks under the umbrella and Amitabh’s portrayal of a grumpy old man, who is now falling in love. The romance between the two felt refreshing and different, as Tabu’s deadpan and cool retaliations were a perfect match for Bachchan’s arrogant and patriarchal character. The writing for the two stars simmered to perfection, and had it not been for the forced sub-plots and melodramatic parental figure in Paresh Rawal, the film would have been a lot more memorable, rather than being buried in recesses of the audience’s memory.
- Advertisement -

In Paa, the real-life dynamics between Amitabh Bachchan and Abhishek Bachchan were reversed, and Abhishek played a father to Amitabh. In Padman, Akshay Kumar folded away the masculine action avatar, and was the champion of women’s menstrual health and hygiene. Arjun Kapoor and Kareena Kapoor tried to address gender stereotypes in Ki & Ka—the word try being operative here, as the result was less than satisfactory and gave the impression that someone had spent a day on Twitter and tried to spin a feminist film. Nevertheless, the common thread between all these films is R Balki, a director with a knack of bringing the unusual, the off-beat topics to the fore, with mainstream actors. He has the unique ideas, and he almost gets it right with execution—though his love for Bollywood’s staid melodrama tropes overwhelms the need for subtlety at points, diluting the impact of his own films.
Kareena Kapoor and Arjun Kapoor in Ki & Ka (Photo:YouTube)
Nevertheless—personally, while the quirkiness shines dimly in other films—for me, it’s Paa, that was the most daring, ambitious and adventurous attempt at something wholly different in Bollywood. It generated curiosity at the time — how would Amitabh Bachchan manage to play Abhishek Bachchan’s son? How would they pull it off? But the two stellar actors did—with such strong conviction, that you almost forgot the family dynamics. It’s one of the most memorable aspects of the film—it’s what you take away, even though the film’s flaws became overwhelming by the second half.

In Paa, Amitabh Bachchan plays 12-year-old Auro, a child who suffers from progeria, where he ages before time. He lives with his gynaecologist mother, played by Vidya Balan, and his grandmother. His father Amol (Abhishek Bachchan) had wanted him aborted and had vanished from his mother’s life, and is unaware of his existence. Within a span of numbered days, Auro decides to bring his estranged parents back together.

The main characters are markedly fleshed out–no one’s a sinner or a saint, the film has no intention of compelling you to feel sorry for Auro—you’ll do that on your own. He’s got brattish tendencies just like any other kid. He has sharp and wry repartee for his school friends, who don’t treat him with any sort of pity. Amitabh Bachchan sank so brilliantly into the role, deviating from the old ‘childlike’ tropes, and could actually endear himself to the audience as a childish teenager, without making you lose sympathy for him. The conversations between him and his father Amol are the highlights of the film, giving a keen insight into the slow emotional bond that develops between the two of them.

(Photo: YouTube)
For a good chunk of the film, there are no mawkishly manipulative sad scenes, though Balki’s love for the dramatic comes into play with Abhishek Bachchan’s politician stint and loud battle with corruption in a subplot that goes nowhere. Subtlety is crushed in the last few scenes, where Vidya and Amol reconcile with wedding rites in front of a dying Auro. Balki forgets that his strength lies in sharp wit, subtlety and wry humour–not in the run-of-the-mill melodrama, which jars the symphony of the whole tone of the film. Nevertheless, Paa was a brave attempt at something new in Bollywood, even if it fell short of the expectations that it had set for himself.

R Balki has brilliant ideas, and has the wit to execute them well. He has all the weapons at his disposal–he should just use them better.