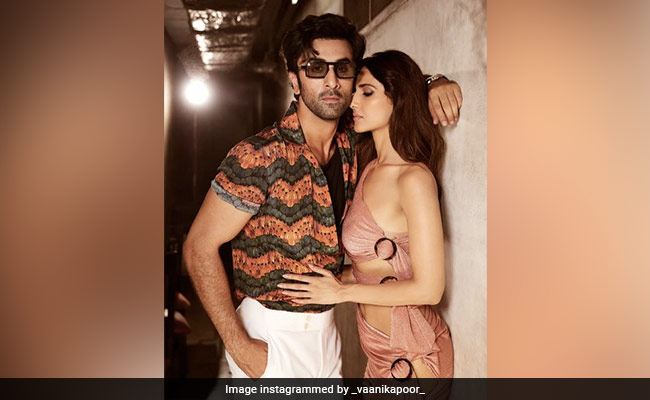 New Delhi: Vaani Kapoor and Ranbir Kapoor have been making social media users go “wow” in unison with the very first glimpse of their maiden collaboration – Shamshera. Ahead of the film’s release, Ranbir and Vaani also posed for a photoshoot that set the internet on fire, thanks to their sizzling chemistry. Now, on Saturday, Vaani has shared another set of pictures featuring the two in their glamorous best. Sharing the images, Vaani Kapoor wrote, “Fitoor,” in the caption, which is also the name of a romantic track from the film’s album. Given that Ranbir Kapoor is famously absent on social media, Vaani Kapoor tagged the rest of the cast and crew of the film.

In a previous post too, Vaani and Ranbir Kapoor looked their absolute best as they struck glamorous poses. Referring to their characters, Vaani said, “Keeping each other company… Balli and Sona.”

Vaani Kapoor took her Instafam through the trailer launch of the much-awaited film, that was held a few weeks ago. The trailer launch event took place across three cities – Mumbai, Vadodara and Indore. In the clip, Ranbir and Vaani are seen posing for Instagram pics amid fan and media interaction. “3 cities, one day, all the love and heart-warming 50 million+ views for the trailer in one day!” Vaani Kapoor wrote in the caption.

Sharing a selfie with Ranbir Kapoor, Vaani also said, “With the one and only Shamshera.”

Shamshera, directed by Karan Malhotra, will release on July 22, in theatres. The film will be released in Hindi, Tamil and Telugu and stars Sanjay Dutt in the role of the main antagonist.