HomeBollywoodRobert Pattinson, New Batman On The Block, On Sweating It Out In...
Bollywood

Robert Pattinson, New Batman On The Block, On Sweating It Out In The Bat-Suit – Entrendz Showbizz 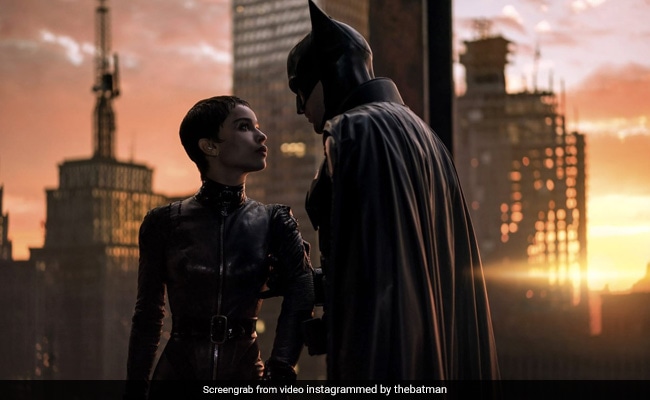 Robert Pattinson and Zoe Kravitz in The Batman. (courtesy: thebatman)

New Delhi: Robert Pattinson is the latest in a long line of actors to play Bruce Wayne/Batman in The Batman, the new Matt Reeves-directed movie that also stars Zoe Kravitz as Catwoman/Selina Kyle. Both the lead cast members spoke exclusively to NDTV about their new film. Robert Pattinson started by talking about the pressure of playing the popular comic book character, already brought alive onscreen by Michael Keaton, Christian Bale and other actors. Asked about Batman-related pressure, Robert said, ” Definitely, initially it played on my mind. I really wanted to do the film so I was fearless at first. As soon as I got the part, it went straight into terror. And when you start working on the film the fear goes away. The script is a really special script and it felt very different in the first place. Every scene starts to grow organically and at the end of it what’s you and what’s Batman, it all becomes one.”

As Catwoman, Zoe Kravitz has done quite a bit of action in The Batman. In fact, she said that in physical terms, this is the hardest she has worked on a film. “It takes a lot of hard work, we train for quite a long time. learning the fight choreography. It’s great to play a character where physicality is as important as acting. It’s hard work but it’s really fun and gratifying. I don’t think I have worked so hard physically what we both had to do,” Zoe told NDTV.

Every actor who has played Batman has spoken about wearing the suit; Robert Pattinson shared his experience, which was no different, as well. “The costume designer had some phenomenal looks as Bruce too. At the first costume test when I put on the suit for the first time, it is supposed to be intimidating and when you don’t have it on and you are just reading the script and trying to do it at home it’s tough. It’s embarrassing because I film myself on my mobile always while preparing at home and watching my rehearsals is really rough. And when you put on the suit you are like ‘oh I now kind of believe myself more.’ The suit is just phenomenal,” he said.

Filming in the Bat-suit is not easy, the actor explained, “So much sweat gone into it. Slightly less sweat than the previous suits, you have to put an ice bucket after every single scene because it’s boiling,” Robert Pattinson told NDTV.

Zoe Kravitz has been a fan of the franchise; she went on a Batman movie watching spree just before filming for The Batman. “I had seen the Batman movies but I eventually did go back, not for work because it was exciting to watch but because I love them and I was getting to be a part of one of those films so that was exciting,” she said.

The Batman also stars Colin Farrell as Penguin, Paul Dano as Riddler and Andy Serkis as Alfred. Warner Bros’ The Batman releases in cinemas across India on March 3.