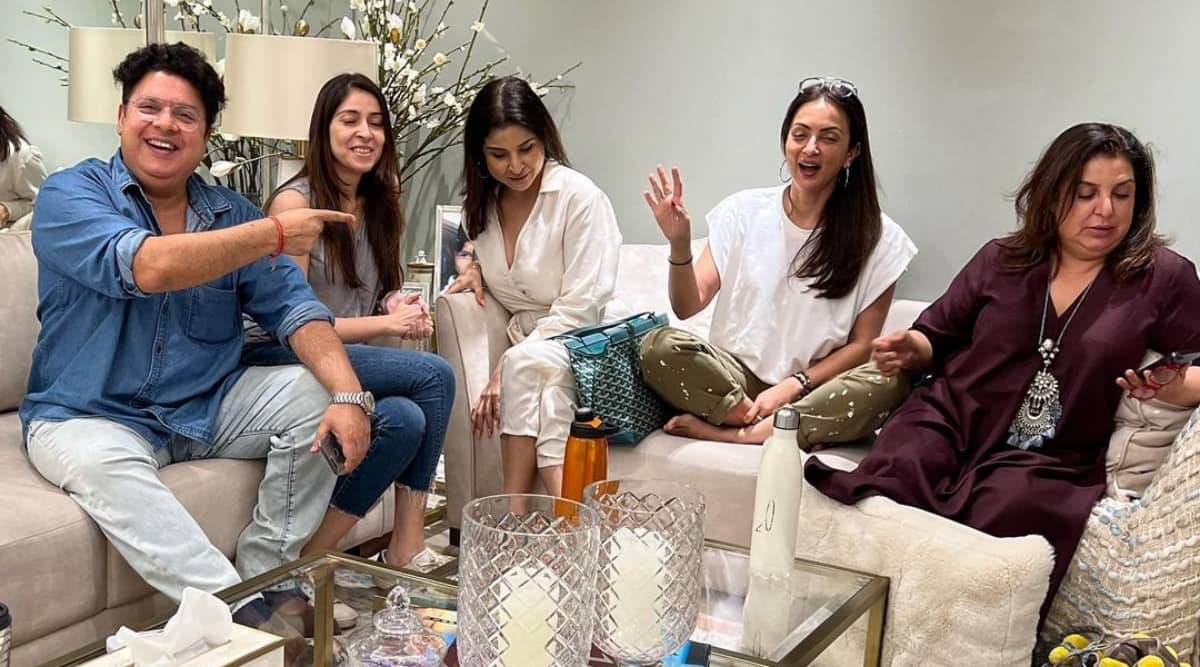 The cast of Fabulous Lives of Bollywood Wives Seema Khan, Bhavana Pandey, Maheep Kapoor along with filmmaker Farah Khan and her brother Sajid Khan had a get-together at Seema’s house. Photos from their ‘monthly kitty party’ were shared on social media.

Farah Khan shared a photo from the party on Instagram. She wrote, “The fabulous lunch of the Bollywood bunch! #monthlykittyparty thank u @seemakhan76 for hosting n @maheepkapoor @bhavanapandey @aslisajidkhan for the entertainment 😂.” While Maheep and Bhavna dropped heart emojis on the photo, Maheep’s husband Sanjay Kapoor questioned Seema for not inviting him. He wrote, “Why wasn’t I called 👺 @seemakhan76?”
- Advertisement -

The host Seema Khan posted a series of photos where everyone is seen having a fun time together in her living room. Along with the photos, she wrote, “Picture abhi baki hai 😂 swipe right ! #chaoticbunch #kittyparty.” Bhavna Pandey, wife of actor Chunky Panday also shared a photo and wrote, “Farah !!!! Yesterdays lunch was just rehearsal 😂!!! ♥️” On this Farah replied, “Hahahahahahaha see today’s was faaabulous.”

Seeing the cast of the Netflix show together left the show’s fans excited who asked about the second season in the comments section.

The second season of Fabulous Lives of Bollywood Lives wrapped up its shoot in February this year. Featuring Seema Khan, Maheep Kapoor, Bhavana Panday and Neelam Kothari, the series takes viewers inside the glamourous lives of these ladies.

The first season of the show had evoked mostly negative critical reception and lot of ridicule. However, some viewers enjoyed watching the series, calling it a perfect ‘cringe binge’.