HomeBollywoodShibani Dandekar says she was ‘never the kind who wanted to get...
Bollywood 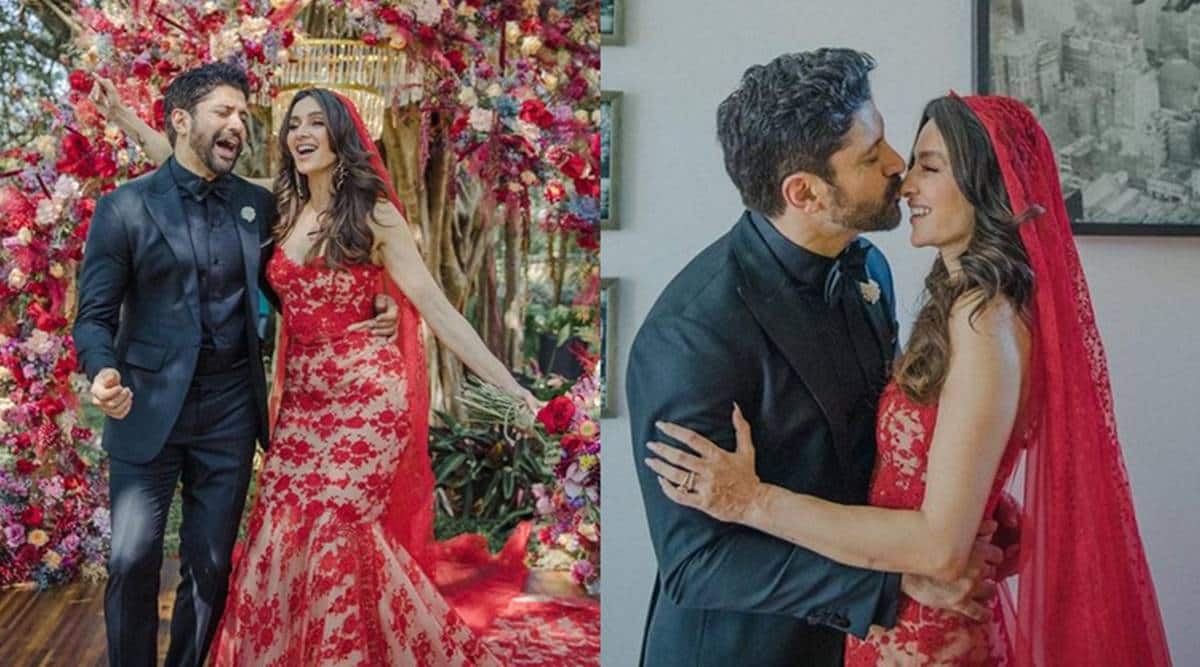 After two months of marriage, Farhan Akhtar and Shibani Dandekar have opened up on their first few dates and the impromptu marriage proposal in Maldives.

In a conversation with ELLE India, Dandekar revealed how Akhtar “slipped into my DMs” to ask her out on a date after the two met on a show. However, Dandekar admits that her first few dates with Akhtar were strange and full of “pin drop silence”, which made her believe that the two will never end up together.
- Advertisement -

“We chatted for two weeks. We were chatting via messages, and it was all good. But if we did a video call, those uncomfortable moments were back! But yes, it took time for him to emote, communicate and open up. Of course, once we started dating properly, things were different. We both got to see sides of each other that we probably wouldn’t have imagined,” said Shibani Dandekar to which Farhan Akhtar added that sometime it takes time to go “beyond the first assumptions”.

Akhtar also revealed what he admires about Dandekar’s personality. Revealing that she is “a talker”, “comfortable in her own skin”, “has a great sense of humour and is adventurous” and has a “childlike curiosity”, the actor-filmmaker said she “brought in a kind of a sweet balance in our relationship, now marriage”.

“Shibani also has this approach towards life, which is very positive and joyous and that makes things very easy. Plus, with her, there is no sugar coating. She is a straight shooter, unfiltered and says things as is. While I am not like that, it’s a quality I really admire,” he added.

As the conversation continued, Shibani Dandekar and Farhan Akhtar opened up on why Maldives is a special destination for them. Akhtar said he proposed to Dandekar on the island. Recalling the “unexpected proposal”, Dandekar said, “I had no idea it was going to happen. We had not even discussed it. But this is again Farhan. When he decides something, he does it. I was never the kind who wanted to get married and have all that jazz. But when Farhan asked, it just felt right in the moment and after the initial shock, I said yes!”

Farhan Akhtar and Shibani Dandekar tied the knot in February this year. The two had a lavish yet intimate wedding with their family members and close friends in attendance.

Shiva and Gautam to work like labors to restore ‘Pandya Store’; Dev and Rishita refuse to … – Entrendz Showbizz

Shiva and Gautam to work like labors to restore ‘Pandya Store’; Dev and Rishita refuse to … – Entrendz Showbizz