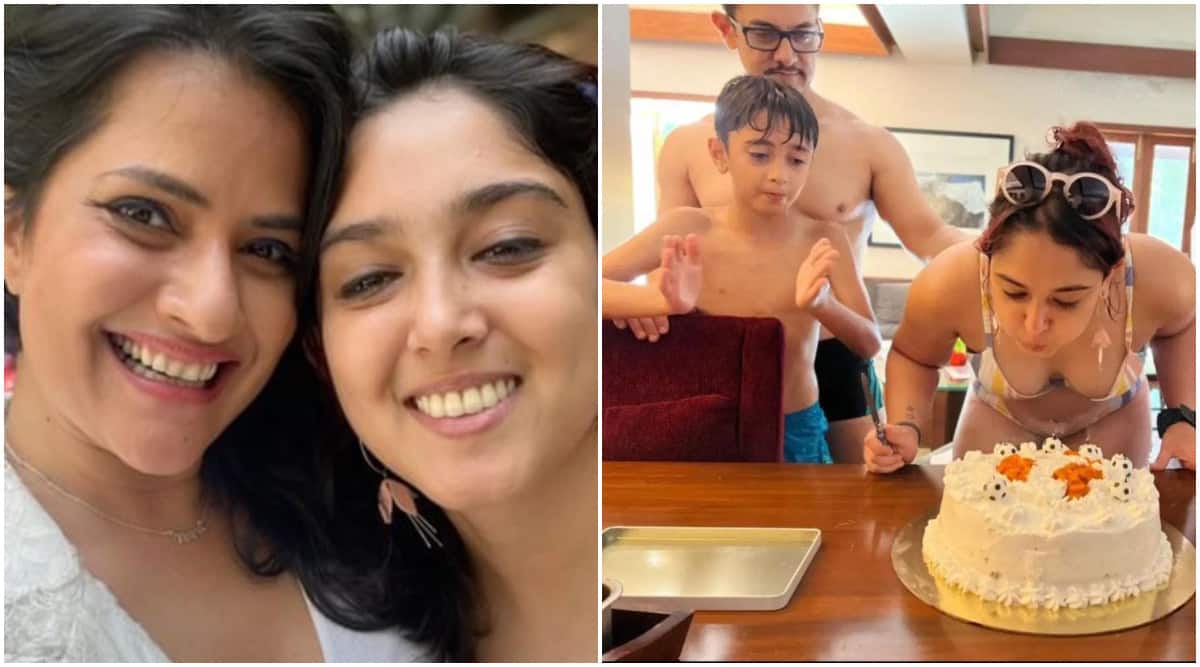 After Aamir Khan’s daughter Ira Khan‘s pictures from her birthday pool party went viral, the 25-year-old was trolled on the internet for wearing a bikini around her father. Now singer Sona Mohapatra tweeted in support of Ira, calling out patriarchy and reminding people that Ira is an adult and does not need her father’s approval to exercise her choices.

All the people outraging about Ira Khan’s choice of attire or linking it to what #AamirKhan said, did or didn’t in the past please note; she is 25. A free, thinking, adult woman. Is exercising her choices.Doesn’t need her dad’s approval or yours. BUZZ off. #Patriachy #India 🛑 ✋

Taking to Twitter, Sona wrote, “All the people outraging about Ira Khan’s choice of attire or linking it to what #AamirKhan said, did or didn’t in the past please note; she is 25. A free, thinking, adult woman. Is exercising her choices. Doesn’t need her dad’s approval or yours. BUZZ off.” She also used hashtags like #Patriachy and #India.

Sona was also a part of Ira’s birthday party, and shared pictures from the celebrations on her Instagram account to wish the birthday girl. In her post, Sona had written, “Zero Filter wala happy always kutty @khan.ira ! .. #me showing up in a pant suit for your #pool #party isn’t funnier than your dead [email protected]? jokes 🤓🤣😂😅 #Love always Today & forever ❣️.”

After Sona showed support to Ira, many of her fans and followers hailed her for speaking up and calling out patriarchy. One Twitter user wrote, “I really appreciate your openness and their freedom and choices of enjoying life.” However, some also questioned her tweet. One person wrote, “Now where did the issue of her father Aamir Khan’s approval come in between ??? He is there in the photograph. Happy. Supporting his daughter. And then you try to drag his name without any logic just to bring in the word ‘Patriarchy’ (even the hashtag is wrongly spelt !!) 😬😦.”

Ira celebrated her 25th birthday on Monday (May 9). For her birthday party, Ira had shared a bunch of pictures with her family and friends, including parents Aamir Khan and Reena Dutta and boyfriend Nupur Shikhare. Aamir’s second wife, Kiran Rao and their son Azad were also a part of the celebration. In the first two pictures, Ira is seen cutting her birthday cake while her parents cheer for her.

In the second picture, Ira is posing with her boyfriend, fitness coach Nupur Shikhare. In other photos Ira can also be seen posing with Kiran Rao and her friends, including Muskkaan Jaferi.

Ira often gives a peek into her family life. A set of fans were delighted to see Imran Khan feature in Ira’s Eid celebration pictures. She also addresses issues of mental health and promotes awareness about the same on her social media platforms.

On the work front, Ira has made it clear that she doesn’t want to be an actor, unlike her father and brother, however she is a budding filmmaker, and made her directorial debut with a play Medea in 2019. Medea is an ancient Greek play, revolving around a woman’s calculated revenge against her unfaithful husband. The play stars Yuvraj Singh’s wife, actor Hazel Keech, in the lead.