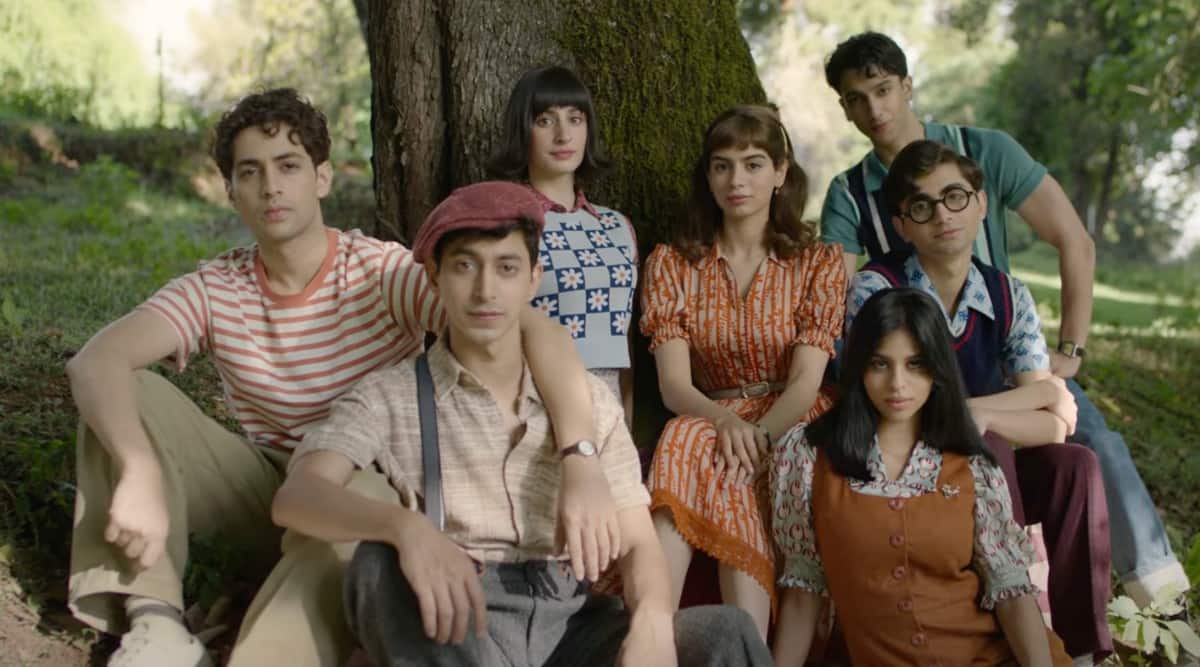 All the 90s kids can get ready to go on a nostalgia ride as Archie Andrews and his friends are coming back, but with a twist. The Archies universe is getting an Indian adaptation which is helmed by Zoya Akhtar. The film features an ensemble cast including debutants Agastya Nanda (Amitabh Bachchan’s grandson), Suhana Khan (Shah Rukh Khan’s daughter), and Khushi Kapoor (Sridevi’s daughter). The first look of the film was released by Netflix on Saturday.

Sharing the teaser on Twitter, Netflix wrote, “The sun is out, the news is out! Come meet your new friends. Presenting to you the cast of The Archies, directed by the fantastic Zoya Akhtar.” The Archies is set to be a musical set in the 60s.
- Advertisement -

All three youngsters look like their comics counterparts, but with noticeable tweaks. Suhana sports long black hair, like Veronica, while Khushi sports bangs. Agastya didn’t have Archie’s famous red hair, but he did appear to have had his locks curled in the character’s style with a slight red tinge.

The official logline of the film reads, “A musical experience bursting with youth, rebellion, friendships, first loves and everything young adult, still promises to have something for every generation. We can’t wait to see the new kids on the block!” The announcement video has a music track by Ankur Tiwari playing in the background.

Suhana’s acting debut has long been rumoured. She first spoke about her ambitions in a 2018 Vogue interview. “I don’t think there was any one moment when I decided. Since I was young, I’d do all these accents and impressions. But my parents only realized I was serious about acting when they saw a performance of mine for the first time. I was playing Miranda in a school performance of The Tempest,” she said.
Khushi Kapoor in a still from The Archies teaser. (photo: Netflix)

Zoya Akhtar had earlier said that the comic has been part of her childhood and teenage years. “I am super excited to have the chance to bring The Archies to life. It was a large part of my childhood and teenage years. The characters are iconic and globally loved, which is also why I am a little nervous. I have to make sure the film stokes the nostalgia of a generation that grew up on the comic and yet resonates with the young adults today,” Akhtar had said in a statement.