The Internet So Wants This SRK-Salman Report To Be True 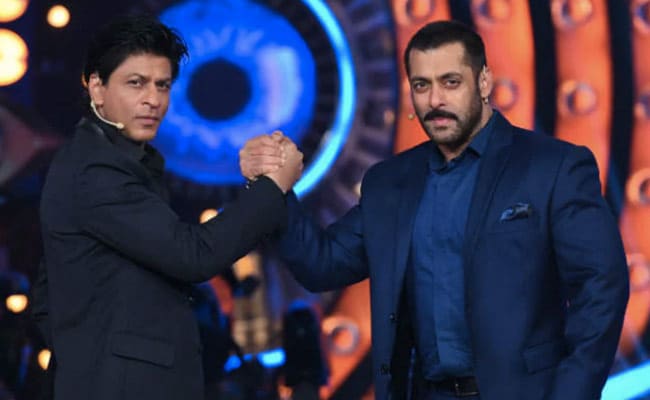 A throwback of SRK and Salman.

New Delhi: The Internet is buzzing with reports that Shah Rukh Khan and Salman Khan will reportedly feature in one of the biggest spy thrillers, which is being made by Aditya Chopra. While there is no official confirmation from the makers or the actors yet, fans of the actors have been tweeting incessantly. Some tweets stated how the film, if actually made, will create a “storm at the box office.” Other excited fans tweeted about seeing SRK and Salman share screen space in a film after 27 long years. While both SRK and Salman Khan make cameos in many of each other’s films. The only full-fledged film in which they co-starred was Karan Arjun.

See some of the tweets posted by fans here:

A fan made a special edit with a Karan Arjun reference.

“Forget about fan wars, let’s enjoy their mighty presence,” read an excerpt from this fan’s tweet.

And finally What A News !!! The 2 Biggest Superstars #SalmanKhan & #ShahRukhKhan Are Coming In The Same Movie After 27 Year’s. After The Historic #KaranArjun This Will Be Their 2nd Movie With Full Fledged Roles !!! Forget About Fanwars ,Lets Enjoy Their Mighty Presence !! pic.twitter.com/D7gwOIjX8B

This line says it all: “There will be storm at the box-office.”

This is HUGE!!! #SalmanKhan & #ShahRukhKhan team up for a Action movie. This is going to be the biggest movie of India Cinema. There will be storm at the box-office. #Tiger3#Pathaan@BeingSalmanKhan@iamsrkpic.twitter.com/uRdLVJIPI6

Megastar #SalmanKhan and @iamsrk to team up for a proper Two Hero Action Film which will be part of the ‘Spy Universe’. Can’t wait for Tiger x Pathaan cross over.@BeingSalmanKhan#ShahRukhKhanpic.twitter.com/p56myKXvRO

Here’s what another fan posted:

The actor also said that he and Salman have not done a “full-fledged film” together besides Karan Arjun and added, “We haven’t done a full-fledged film together apart from Karan Arjun, which also was not full-fledged as we were not together in it for too long. So, we get to work four-five days in a year sometimes. Last two years have been fantastic as I got to be in one of his films. I had a couple of days role with Kabir Khan. And he came in Zero and did a song with me. Now, in Pathaan I don’t know if this is a secret but inshallah, I will try to be Tiger 3 also. So, it is great fun working with him.”