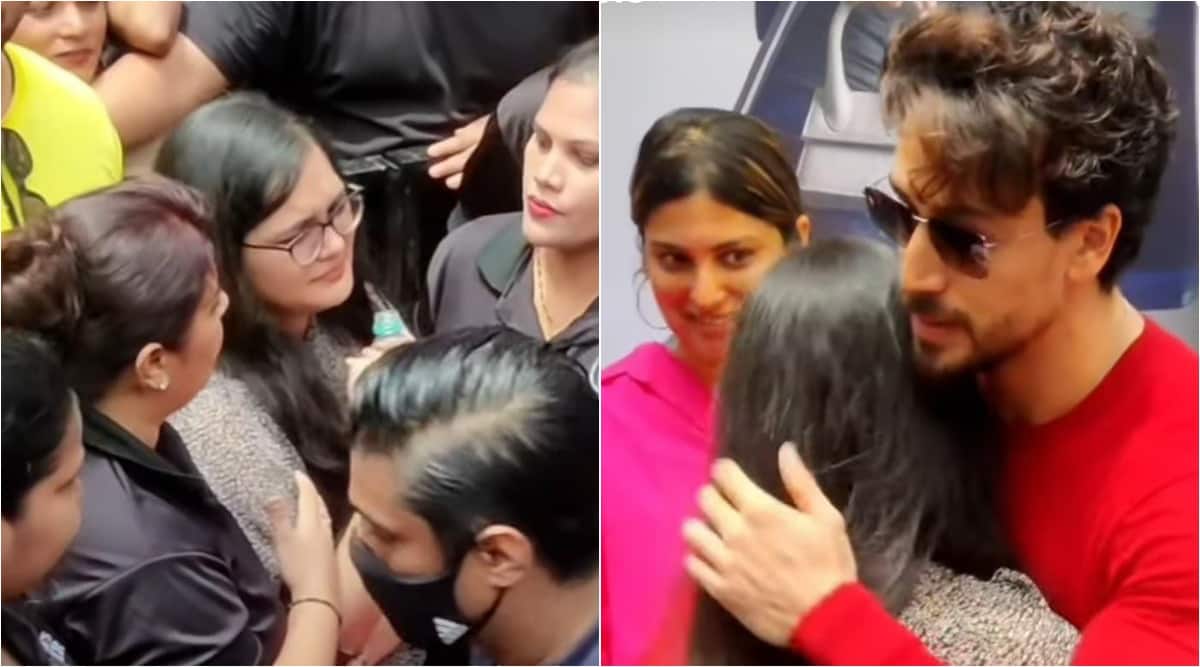 Tiger Shroff, who is busy promoting his upcoming film Heropanti 2, experienced a memorable fan moment recently. During his visit to a mall in Mumbai, the actor got to witness the craze he inspires, especially among girls. In a video shared by a paparazzo, a fan came near the stage and almost fainted as she requested to get a couple of seconds with him. Like a true hero, Tiger stepped in and hugged her.

In the video clip, shared by paparazzo Viral Bhayani, the young fan is seen teary-eyed as she asks to meet Tiger. As she is held by two security women, she almost breaks down. The girl is given water by the production crew as Tiger spots her. As she feebly walks up the stage, the Bollywood actor extends his hand, and then hugs her asking if she is feeling fine. The young girl goes on to kiss Tiger’s hands as fans cheer on them. Before she walked out, she also shook hands with Tara Sutaria, who was accompanying Tiger for the event.
- Advertisement -
- Advertisement -

While fans hailed Tiger for being ‘sweet’ to his fans, many claimed that she played the ‘best card’ to get her idol’s attention. A lot of fans also referred to Tiger’s recently gone viral dialogue, addressing her as ‘Choti bacchi ho kya’ in the comment box. Some of the hilarious comments read, “Celebrity se milne ki ninja technique ,” “Tiger ko Apni Chhoti Bacchi Mil Gayi ,” and “Real wala thodi na tha koi Reel wala hi tho tha .”

Directed by Ahmed Khan, Heropanti 2 will see Tiger Shroff taking on Nawazuddin Siddiqui in the action-packed sequel. Recently a song “Whistle Baja 2.0” featuring Kriti Sanon was released by the makers. Heropanti 2 is set to hit cinema halls on April 29.