HomeBollywoodTwinkle Khanna prefers Tea with Twinkle over Koffee With Karan: ‘Shoot me...
Bollywood 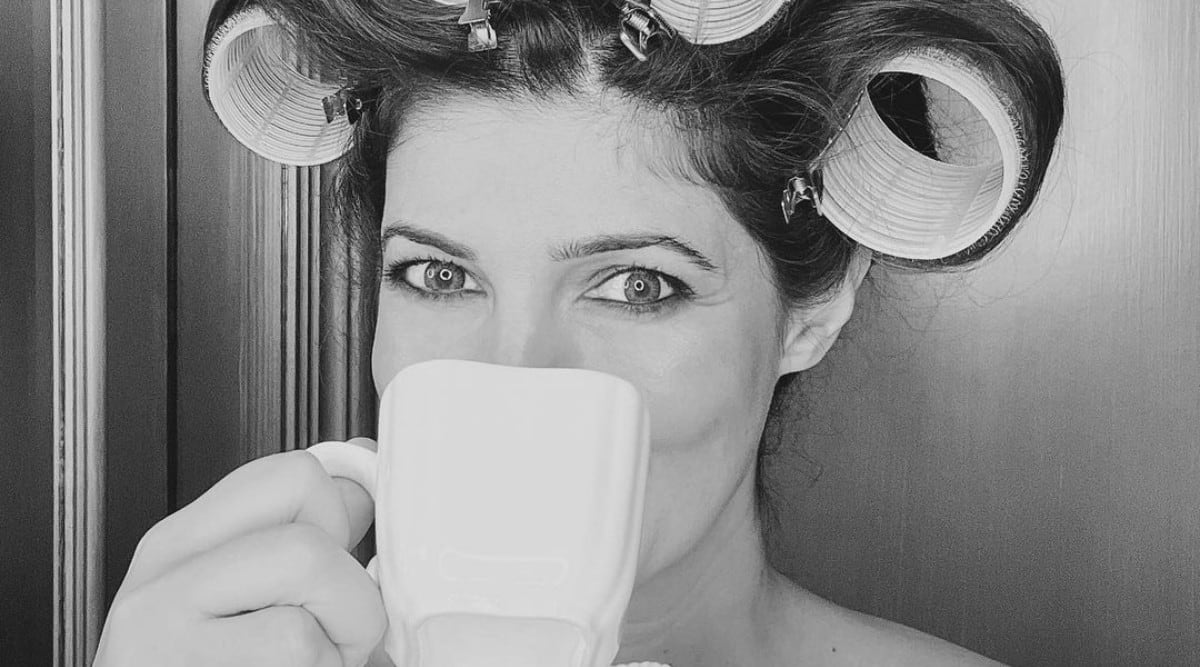 Trust Twinkle Khanna to come up with the wittiest of captions for her social media posts. A look at her Instagram posts is proof enough of her tongue-in-cheek humour. Recently, she posted a new picture of herself on social media from her workplace. In the caption, she made it clear that she won’t be appearing in any other episode of Karan Johar’s chat show Koffee With Karan.

The photo, posted by Twinkle, has her sipping her tea while looking into the camera. She is getting ready to shoot something as she has rollers on her head in the picture. In her post, the author mentioned how she doesn’t like to be in front of the camera but this particular shoot was different as it was all “fun and games”. She added she is more interested in ‘Tea With Twinkle’ than Koffee With Karan.
- Advertisement -

The caption of Twinkle’s post read, “Just rolling with it! On a set I am prone to mumbling, ‘Shoot me now,’ though I secretly mean with a Nerf gun and not a camera, but then there are days like these when it’s all fun and games. Hmm.. Can’t do Koffee with Karan again but Tea with Twinkle may not be a bad idea after all:) #behindthescenes #shootmenow.”

Many Instagram user expressed their curiosity about Twinkle’s idea of ‘Tea With Twinkle’. A user commented on her photo saying, “Tea with Twinkle sounds super fun ❤️.” Another added, “we want #Teawithtwinkle badly.” A user suggested, “Pls do tea with twinkle with Karan Johar 🙌.” “Tea with twinkle is a must!!” read another comment on the post.

Twinkle Khanna appeared on KJo’s Koffee With Karan season five along with husband Akshay Kumar. On the show, when she started talking, host Karan was at a loss of words. On the show, she revealed a few things about her filmy career and her successful marriage. She shared how her mother Dimple Kapadia thought Akshay was gay and actually made them live together for a year before tying the knot. She won the Koffee hamper for her quick-witted replies.

On the work front, Twinkle recently announced that one of her short stories Salaam Noni Appa will soon be turned into a film.