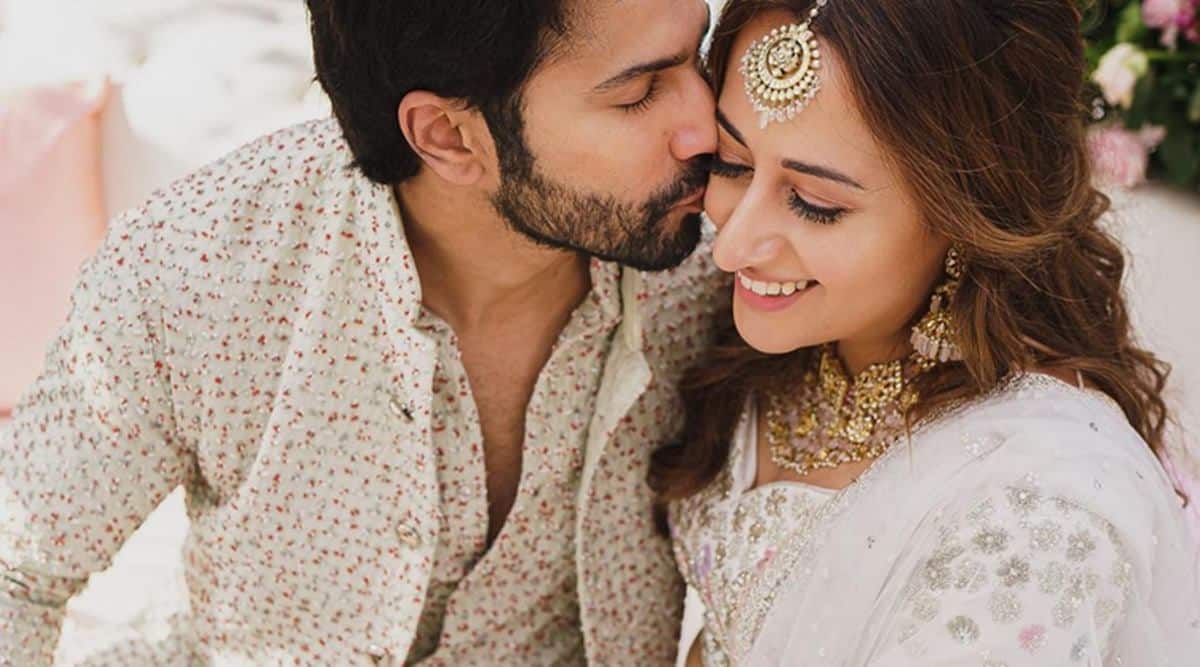 Varun Dhawan is turning 35 on April 24. The actor, who is ace director David Dhawan’s son, is known for his bindass dancing and acting skills. But other than his professional life, Varun’s personal life and his love story with his wife Natasha Dalal is no less filmy.

On January 24, 2021, Varun tied the knot with his long-time girlfriend Natasha Dalal. Varun and Natasha were childhood friends, who fell for each other years later at a music concert.
- Advertisement -

The very first time Natasha appeared on Varun’s posts was when he shared a click from his housewarming party when he shifted to his new house. Varun Dhawan’s first single picture with Natasha was shared in August 2018. The picture was from Varun and Natasha’s London vacation.

See some old posts of Varun Dhawan with Natasha Dalal:

It was 2018’s Diwali when Varun wished his fans by sharing a photo with his lady love as he held her tight.

In the Unseen Koffee Konfessions episode of Koffee With Karan season 6, Varun Dhawan spoke about his girlfriend Natasha Dalal. The actor had graced the couch with Katrina Kaif then.
(Photo: Varun Dhawan/Instagram)
Varun had shared how Natasha has been supportive of his dreams all through and as a partner, his responsibility is to support her dreams and ambitions.

When Varun and Natasha rang in the New Year 2019 together:

“When I and Natasha are concerned, eventually after we get married and we are together and all that stuff… she has her own individuality and that is why I am with her. She has an own voice, which is super strong with things she wants to do and achieve in life and as her partner, that is something I want to support. She has been very supportive of my career since day one. I have known her since school. We were friends then. Since day one she has been supportive of my dreams. It has to be the same. From my side, I have to be supportive of her dreams. Eventually, as a couple, you want to evolve together,” Varun Dhawan had said.

Natasha with Varun Dhawan’s family on 2019’s Diwali. (Photo: Varun Dhawan/Instagram)
Varun’s wife Natasha, a fashion designer herself, once spoke about ‘being in the public eye’ and also shared that she likes to keep herself ‘as busy as Varun’.

She also opened up about her connection with her actor-husband. “He is amazing and supports me in whatever I do. That’s quite great,” shared Natasha in an earlier interview with HT Cafe.

Varun Dhawan and Natasha Dalal’s was a pandemic wedding, done in an intimate style at a beach resort in Alibaug. Only 50 friends and family members attended Varun and Natasha’s wedding.

Here are some more photos of Varun and Natasha:

(Photo: Varun Dhawan/Instagram)
Earlier this year, Varun Dhawan had a candid conversation with his massive fan following on social media and opened up about his life after marrying Natasha.

(Photo: Varun Dhawan/Instagram)
When a fan asked the actor about his life post marriage, Varun said, “It’s pretty good”. Varun also stated how Natasha helped him during the COVID-19 lockdown. “She kept me pretty sane in the lockdown and pandemic. Pretty happy with it,” wrote Varun then.

Here’s wishing a happy life and a great year ahead to birthday boy Varun Dhawan!