Vijay Deverakonda And Ananya Tease Us With New Liger Update 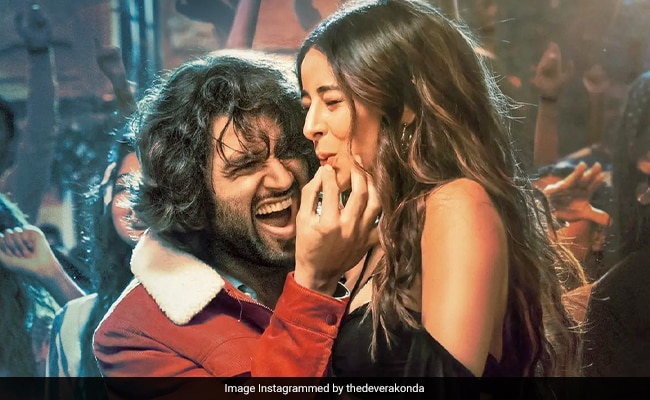 New Delhi: Liger stars Vijay Deverakonda and Ananya Panday teased their fans with a new still from their forthcoming film Liger on Wednesday. They revealed that the picture happens to be a still from the soon-to-be released song Akdi Pakdi. Both Vijay Deverakonda and Ananya Panday shared the post with the same caption that read: “50 days to release. Let’s celebrate with some massssss music! Akdi Pakdi.” Sharing the details of when the song will be out, Vijay wrote: “1st song – July 11th. Promo on July 8th.” Liger marks Telugu superstar Vijay Deverakonda’s Bollywood debut.

Over the weekend, the makers shared a poster from the film, featuring Vijay Deverakonda, which trended big time. The actor captioned the post: “Film that took my everything. As a performance, Mentally, physically my most challenging role. I give you everything. Coming soon.”

Other than Vijay Deverakonda and Ananya Panday, the film also stars Mike Tyson. The film has been directed by Puri Jagannadh and it has been co-produced by Karan Johar, Charmme Kaur, Apoorva Mehta and Hiroo Yash Johar under Puri Connects and Dharma Productions. The film will be releasing in theatres worldwide on August 25, 2022.