When Arjun Kapoor laughed at Salman Khan’s suggestion to pursue acting, said he was obese: 10 years of Ishaqzaade – Entrendz Showbizz 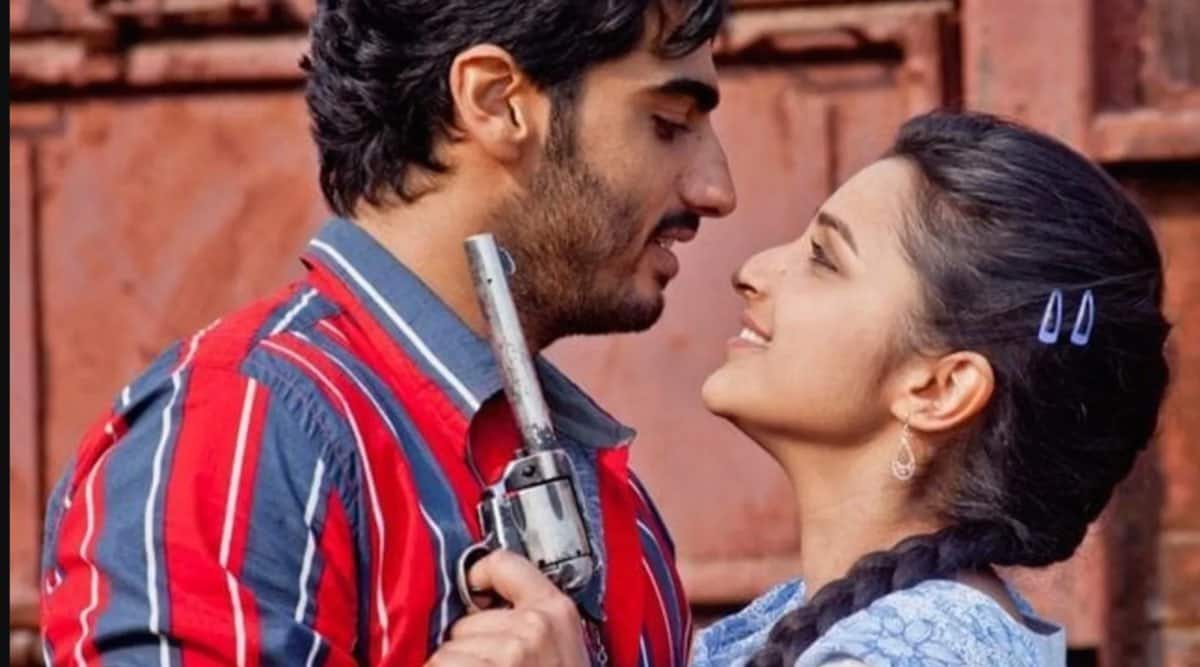 Ten years ago, Arjun Kapoor burst into the spotlight in Ishaqzaade as the rather coarse and animalistic Parma — a man who falls in love with Parineeti Chopra’s feisty Zoya, who gives as good as she gets. This wasn’t an emotional love story; it was a wild, explosive romance that had a rather unhappy ending.

Ishaqzaade was a world of gangsters, corrupt politicians, and in this chaos, two people tried to understand what love is. However, in such an environment, it is unthinkable that romance would be tender and emotional; there is deception along the way. Arjun Kapoor’s Parma weds Zoya just to ruin her reputation. Seething with revenge she is ready to strike back, only to find that he changes miraculously after his mother’s death (sigh, never change Bollywood). There is a glimmer of humanity in the two of them after that, and they fall in love for real this time, though their happiness is only short-lived.
- Advertisement -

This rather unpredictable film was almost a balm for Arjun Kapoor at the time. As he later mentioned to Film Companion, his mental well-being almost depended on the success of the film. “I lost my mother 45 days before the film released. I would not have been able to take care of myself so easily if the film had not done well. So I pat myself on the back as I took a chance, went on an audition, got a role and got accepted. And then I have just been working after that. Like I said, I was grateful to have work. Yeh nahi socha tha number one, number two, number three… (I never thought about the numbers game). That was never the idea. The idea was to just work.”

Arjun, who began his career as an assistant director, decided on acting after he became an assistant on the sets of a Salman Khan film, as he later told Rediff. Arjun mentioned how ‘Salman saw something’ in him. “I laughed at the suggestion because I was obese and weighed 140 kg, but he told me that if I don’t try it, I will regret it. I went with his belief. After losing weight, I got a certain level of confidence that I can, and then acting classes happened. Then I met Shanoo through Facebook, who is casting director for Yash Raj Films. I auditioned for a Yash Raj film and got the role.”

Yet despite growing up on film sets and having most of his family from the Bollywood background, Arjun wasn’t quite prepared to face the camera yet. He once recalled that he was a ‘nervous wreck’ for his first shooting scene and wanted it to be ‘shoved and deleted’ somewhere. Apart from that, he took a while to get along with his co-star Parineeti Chopra. He was quiet, and she was talkative, as Parineeti told Rediff. “I had spent a certain amount of time preparing. When she came in, I was so prepared I was ready to go on shoot, but she had to go through the same process that I did, and needed time to prepare for the role. I would think, ‘Yeh kitna baat karti hai, kitna discussion karti hai (how much she talks and discusses)’.” Parineeti added, ” I would think, ‘Kya kadoos aadmi hai bilkul baat he nahi karta’ (he’s such a grouch, he doesn’t talk at all).” Later, they became good friends.

It has been ten years of Arjun Kapoor, and the actor has had many hits and misses along the way—and yet, that doesn’t seem to have deterred his spirit. He’s strived to choose a variety of roles—ranging from comedy, historical and horror and is determined to prove that he doesn’t back down from a seemingly difficult role.