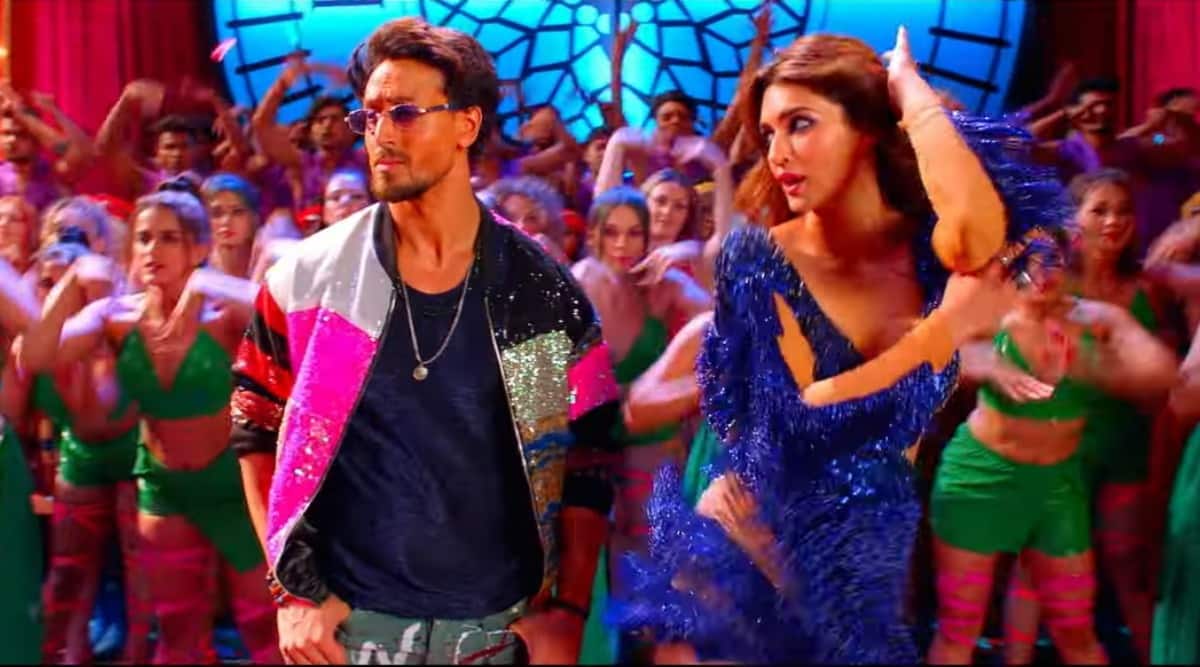 Ever since Heropanti 2 was announced, a section of the audience has been missing original heroine Kriti Sanon’s presence. The second part of the Tiger Shroff action drama will star Tara Sutaria in the lead role. However, on Friday, the makers gave a surprise to fans as they shared a teaser of a song featuring Kriti and Tiger. A spin-off of their original popular song “Whistle Baja”, the new dance number song sees them burning the floor with their moves.

Sung by Mika Singh and Neeti Mohan, Whistle Baja 2.0 starts with the iconic whistle tune before Tiger Shroff enters the stage to show off his moves. Midway he uses a magic trick to get Kriti Sanon on the stage with him. Towards the end, we even get to see Tiger going solo as he impresses all with his scintillating dance steps.
- Advertisement -

Sharing the song, Kriti Sanon posted on Instagram, “Here’s a song I’ll never forget 💞 Bringing you tunes close to my heart , #WhistleBaja 2.0, song out now 🔥.” Tiger Shroff, who seemed excited to be matching steps with her also shared the video writing, “Mere aur @kritisanon ke naal Whistle Baja 🎶 Back to my grooves with #WhistleBaja 2.0, song out now 🔥.”

The music video is set on a stage designed like a circus tent and will even remind you of Hrithik Roshan’s “Baware” song. While it’s touted to be 2.0 of Heropanti’s original song, the version is no match for it, and turns out to be quite a disappointment. Visually it’s all glitzy but the music and vocals fail to impress and so do the ‘dhoom dhadaka’ lyrics. Also, apart from the ‘seeti tune’ there’s no similarity with the peppy song that became a chartbuster in 2014.

Directed by Ahmed Khan, Heropanti 2 also stars Nawazuddin Siddiqui. He recently called Tiger the “most massy actor” of Bollywood. He also tagged him as the “youngest action hero” of the industry. Heropanti 2 marks Ahmed’s third collaboration with Tiger. The two have earlier collaborated on Baaghi 2 and Baaghi 3.

“Working with Tiger Shroff always feels like coming home. The way he submits to the story is commendable,” Ahmed said in a statement, adding, “He’s the biggest and the youngest action hero the industry has currently. The way he manoeuvres complex action sequences and makes them look super effortless, speaks volumes of his constant dedication because this guy really puts his 200% into his work. Besides being such an easy going actor to work with, he is the most massy actor in the young lot and that’s another reason it’s always a rewarding experience working with him.”