All The New Movies Coming to Streaming This Week: 'Lightyear,' 'Prey,' 'Luck,' and More 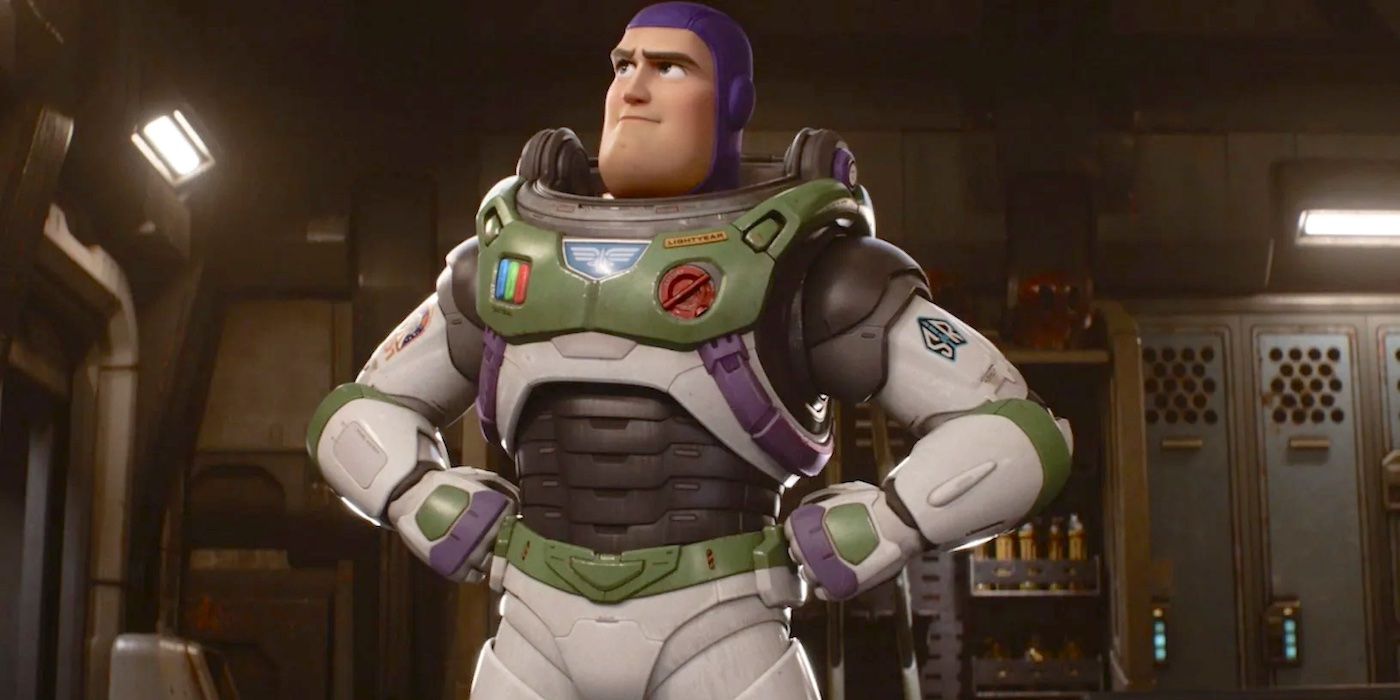 If you’re looking for a film to put on streaming this week, well you are not without a whole lot of options. From a variety of different animated films with vastly different styles, to a trio of highly anticipated horror films and a real-life rescue story, this here list has everything you need to know when making your selections.

If you consider yourself someone who likes Lego and Star Wars, then you’re in luck as there is a film that combines the two. Lego Star Wars: Summer Vacation is exactly what it sounds like and then some for those looking for something to hold them over until the next galactic story. It follows Finn, Rey, Poe, Rose, Chewie, BB-8, R2-D2, and C-3P0 as they look to take some time away from battling the empire. Shenanigans ensue and Finn will discover some familiar faces when he gets separated from the group. This is one of your more family-friendly offerings this week for those looking to pop on something for the kids.

If you missed the chance to go to infinity and beyond in theaters, then you’ve now got another chance to catch the latest Pixar animation Lightyear as it’s now available to stream at home. This is the movie that, supposedly, Andy would go to see and inspire his love of the titular space ranger in the original Toy Story. Don’t worry about this too much as the film is a solid origin story that charts its own course into the vast possibilities of space. Sure, it may not have the original voice actors returning. However, the new cast is more than up to the task of capturing the emotional and thematic beats. It may not have been entirely necessary, though the charming animation and story we got is one that will likely play just as well at home for all ages.

Looking for some different animated fair that has less to do with space and more to do with magical creatures like Leprechauns? Well, the new film Lucktells such a story that will likely entertain some kids though probably won’t resonate with more adult viewers. Overflowing with animated creatures and talking animals on a meandering journey through a magical world, is a very conventional story that follows a familiar path. It also has been the subject of both anticipation and controversy as it is the newest film from John Lasseter after his ouster from Pixar over allegations of workplace sexual misconduct. His involvement also led to the departure of star Emma Thompson. This all makes the film one that is at least interesting in what it represents about the future of the industry even as it is lacking in entertainment.

The latest entry in the enduring science fiction-horror series that is Predator, Prey had its explosive premiere back at San Diego Comic-Con which made it one of the most anticipated movies of the summer. Set three hundred years in the past in pre-colonial America, the film follows a young Comanche hunter named Naru (Amber Midthunder) who is trying to hunt down a mysterious force that threatens her people. What she discovers is something that is not of this world and will test her ability to survive more than anything ever has. It is directed by Dan Trachtenberg who has shown he can work within an existing series to intriguing results with the 2016 film 10 Cloverfield Lane and has us hyped for how he is set to do so again.

One of the most explosive films from this year’s Sundance, Resurrection offers a masterclass of a performance from Rebecca Hall as a woman whose worldbegins to unravel when a man from her past reappears in her life. A psychological horror film of sorts where the terror threatens to sneak up on you when you least expect it, there is much that will cut deep in the experience. What is undeniable is that Hall continues to be one of the best of her generation, delivering extended monologues in one moment and fully embodied physical performances in the next. It isn’t a cheery experience, though it is a deeply enthralling one.

They/Them, the latest horror film from Blumhouse, is a work that is likely to be one of the most talked about of the summer. Not sure what I mean? Well, the premise itself is both a boiler keg of potential terror and one that sets itself up for potentially falling flat. It features Kevin Baconas the head of a conversion camp. When a group of LGBTQIA+ teens get sent to said camp, whose mantra is “Respect, Renew, Rejoice,” they discover that perilous danger is lurking around every corner. The film has already received wildy mixed reviews that indicate this slasher horror is sure to be a conversation starter, for better and worse.

The second of now two cinematic tellings of a remarkable rescue that captured the attention of the world, Thirteen Livestakes the fictional approach to the true story. For those unaware, it takes us step by step from the moment a young Thai soccer team and their coach became trapped in the Tham Luang cave to the daring attempt at getting them out. Even as we know how this all happens, it still remains no less tense and incredible to see it all unfold before us. This may be a tough watch if you’re claustrophobic, though it is undeniably engaging work that shows the power of people coming together for good.