‘American Idol’ Season 20 Trailer: Katy Perry Is An ‘Absolute Wreck’ As She Cries Over A Contestant – Entrendz Showbizz 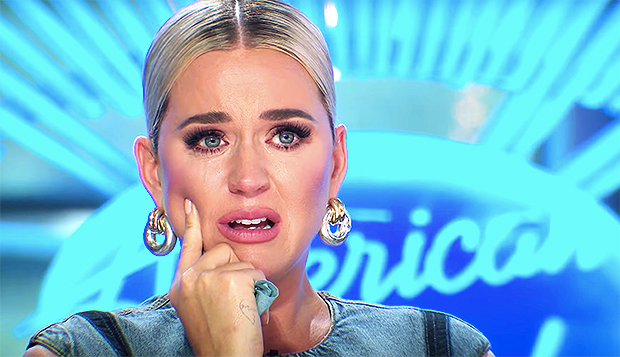 
Katy Perry breaks down in tears over a contestant, and Luke Bryan says she’s an ‘absolute wreck’ in this first ‘American Idol’ season 20 trailer.

American Idol is back for its milestone 20th season on February 27. The search is on for the next big thing in music. Katy Perry, Luke Bryan, Lionel Richie, and Ryan Seacrest are all back for season 20, the fifth season under ABC. From the looks of the first trailer, which dropped during the Winter Television Critics Association’s Virtual Press Conference on January 12, this is going to be one of the most emotional seasons yet.

“I’m dedicating this to my nephew who passed away this past April,” one contestant reveals, bringing tears to Katy’s eyes. “Singing is my way of healing. This song that I’m going to sing today is the song that I used to sing to him all the time when I would rock him to sleep.”

The tears just keep coming for the “Rise” singer. Katy cries in front of the contestant and wipes away a tear. “Katy is an absolute wreck,” Luke says.

Katy also reveals a new twist specifically because it’s the 20th season of American Idol, which originally premiered on FOX in 2002. She explains to a talented contestant that there’s a “platinum ticket that gets given in each city we go to. You get to go to Hollywood Week, but you get a little shortcut.”

Auditions for the new season kicked off in August 2021 with Idol Across America, the live virtual nationwide search for the next superstar, taking place across all 50 states and Washington, D.C. The trailer showcases just a few of the talented singers we’ll meet this year.

For the past 4 years, Bobby Bones has served as a mentor on American Idol. Unfortunately, he will not be returning for season 20. Bobby revealed the news on his Instagram Story in early January 2022. “My contract [with] my new network won’t let me do another show right now,” Bobby explained. “Love ‘Idol,’ BTW. Was a great 4 years.” American Idol will air Sundays on ABC.