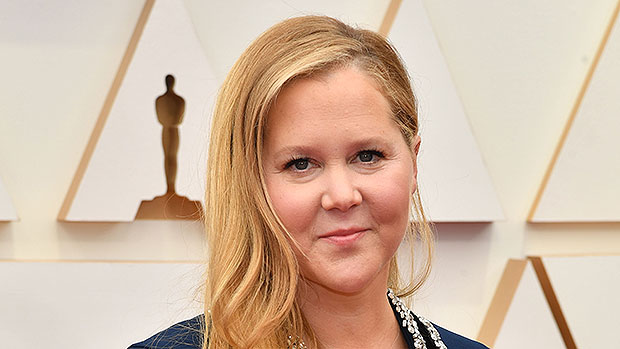 Major protests across the country have taken place in a national outcry against the Supreme Court’s draft opinion that signals the overturning of Roe v. Wade, the 1973 ruling that legalized abortion nationwide. Also following the leak were numerous celebrities who shared in the outcry, calling on the people of the country to rage against the forthcoming ruling and work to keep women’s right to chose the law of the land.

“Our bodies should never be in the hands of politicians,” Olivia Rodrigo said recently at a concert to thousands of fans.

The 19-year-old went on, “I hope we can raise our voices to protect our right to have a safe abortion, which is a right that so many people before us have worked so hard to get.”

Musician Phoebe Bridgers recently shared her own personal experience with abortion, taking to social media to comment on the importance of fighting for the rights of women.

“I had an abortion in October of last year while I was on tour,” she said. “I went to Planned Parenthood where they gave me the abortion pill. It was easy. Everyone deserves that kind of access.”

Susan Sarandon took to Twitter immediately upon the draft leak, speaking out against the ruling and urging voters to also see how much power the democratic party has to try and resist the ruling.

“Dems have the House. Dems have the Senate. Dems have the White House. They can abolish the filibuster and codify #RoeVWade RIGHT NOW! Maybe some of you vote-shaming keyboard activists should get outside and use your energy to actually hold them accountable,” she tweeted.

In 2021, actor and activist Jameela Jamil told her fans on social media that having an abortion had saved her life. “I was mentally/physically/emotionally and financially unstable and most importantly DID NOT WANT A CHILD. That should be enough. My life matters more than an unborn human,” she said on Instagram.

Jameela went on: “I had not a minute of regret. I only felt deep relief and gratitude that I lived in a country that made abortion accessible and safe. Nobody made me feel bad for being there. They just gave me HEALTHCARE. Because that is what abortion is. Banning it won’t stop abortion. It will ONLY stop SAFE abortion. Especially for the disadvantaged.”

Sex and the City turned And Just Like That star and former New York gubernatorial candidate Cynthia Nixon has always been open about her thoughts on abortion rights, revealing that her mom was forced into having one illegally in the 1960s.

“Abortion rights and reproductive rights is a very personal issue for me,” she said in 2018, per People. “My mother had an abortion here in New York State before it was legal. And when I was old enough, she made sure to tell me about it.”

“It was very hard for her to speak about,” the actor added. “She didn’t give a lot of details but it was very important for her to tell me that she had had an abortion, that it had been illegal and that it had been a tremendously awful experience. She had wanted me to make sure that I knew her history so I can fully value how crucial reproductive freedom is.”

“It’s so unbelievable. It makes me, like, red. It makes my ears f**king steam out of my head,” singer Billie Eilish told Variety on the topic of abortion rights.

“Women should say, should do and feel and be exactly what they want. There should be nobody else telling them how to live their life, how to do s**t,” she added. “It just makes me so mad that if I start talking about it, I won’t stop. Men should not make women’s choices — that’s all I have to say.”

“We must enshrine protections for women in the constitution,” Alyssa Milano tweeted after the news. “Go to http://eracoalition.org to join us in our mission to get the archivist to print the already ratified Equal Rights Amendment. We can’t wait.”

She also asked for more celebrities to speak up about the matter. “I see all of you celebrities and influencers who are too scared to use you voice on behalf of reproductive Justice. I see you talking about diets and make up and your new movies as our right to bodily autonomy is being stripped away from us. We need you. Get engaged.”

A consistent voice in politics and activism is actor Mark Ruffalo. The Zodiac star took to social media immediately after the draft leak to protest against the forthcoming ruling. “Forced birth and illegal abortions across state lines is backwards and cruel,” said the 13 Going on 30 star.

“The Supreme Court has BECOME the division. Thanks to Alito and his ilk of RW [right-wing] radicals, who are toxic to the Court’s impartiality,” he added.

“There’s a particular slap to the face of being told we can vote for abortion rights, by the court that gutted voting rights,” tweeted actor and comedian Ashley Nicole Black.

Another man standing up for the rights of women is Captain America star Chris Evans who tweeted in 2019, “This is absolutely unbelievable. If you’re not worried about Roe v Wade, you’re not paying attention. This is why voting matters!!”

Taking to Twitter following the US Supreme Court’s leaked document, musician Halsey said: “The overturning of Roe V Wade will mark a catastrophic shift in our fundamental rights to bodily autonomy and reproductive health care.”

They went on, “We are constituents and we have the right and responsibility to fight this.”

“It is an outrage to ban abortion in Alabama, period, and all the more heinous that it excludes those who have been raped or are experiencing incest, non-consensual or not,” musician Lady Gaga tweeted in 2019 in response to Alabama’s passing a restrictive abortion law.

“So there’s a higher penalty for doctors who perform these operations than for most rapists? This is a travesty, and I pray for all these women and young girls who suffer at the hands of this system,” she added.

Actor and comedian Amy Schumer has become a regular at pro-choice rallies, showing how she’s always going to stand up for women’s rights on the matter. “Bans off our bodies,” she wrote in a post on Instagram, whilst in another she said: “Abortion is healthcare.”

“The Supreme Court is going in the wrong direction,” she said at a pro-choice rally in light of a leaked document suggesting abortion rights could be overturned in the US. “Women want more rights, more access to abortion, more freedom, not less.”

Jennifer Lawrence joined her BFF Amy at a pro-choice rally to stand up for the rights of women. “Women can’t be free if they don’t control their bodies!” she wrote on a placard at a recent rally.

ABC confirms The Conners Season 5 as a fifth season! Who will Return for The Next Season?? – Entrendz Showbizz