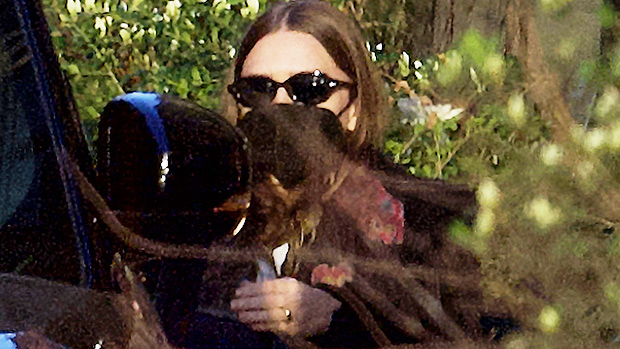 
Ashley Olsen was seen wearing a gold band ring on her left ring finger on Sunday, May 8. The 35-year-old former actress was seen wearing the piece as she was getting a lift in New York City. While it’s not definite whether or not the ring was a wedding band or simply an accessory, but fans still started speculating that she may have tied the knot in secret.

The simple gold band was seen on her hand as she was getting out of the car. She sported an all-black look, keeping very low-key. She rocked a black coat, sunglasses, and a matching face mask. The ring was simple with just a gold band, but it was still beautiful and low-key.

While Ashley was spotted with the ring, prompting marriage rumors, she’s been very private about her relationship with Louis Eisner for about five years. While the ring definitely sparked speculation, it seems unlikely that the Full House star will reveal too many details about the couple’s private life. Ashley and her twin sister Mary-Kate opened up about being low-key during a rare interview with i-D in June 2021, speaking about the 15th anniversary of The Row. “We didn’t want to be in front of it, we didn’t necessarily even want to let people know it was us,” she said, while speaking about when they launched the brand. “It was really about the product, to the point where we were like: Who could we get to front this so that we don’t have to?”

Mary-Kate & Ashley Olsen Through The Years: From Child Stars To Fashion Queens — Pics

While Ashley and Louis, 33, have mostly kept their relationship private, the pair have been seen out and about on a number of occasions, including when the pair walked the red carpet for the Young Eisner Scholar’s 20th-anniversary celebration in Beverly Hills in September 2021.

Elizabeth Olsen’s Sisters: All About Her Relationship With 5 Siblings, Including Mary-Kate & Ashley