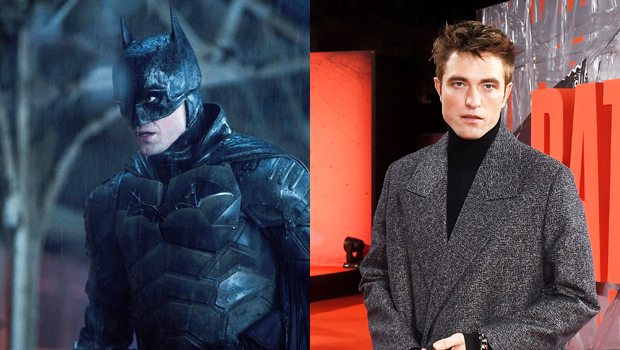 
Robert Pattinson is about to make his big debut as The Dark Knight in ‘The Batman.’ Take a look down memory lane at the other notable actors who have played the Bat.

The Batman franchise isn’t going anywhere! Robert Pattinson, 35, is the newest actor to take on the role of The Dark Knight, and he certainly won’t be the last. Previous Batman Michael Keaton, 70, who first took on the role in 1989’s Batman, is set to reprise his version of the superhero in The Flash.

The character of Batman/Bruce Wayne has a long history that goes back decades. Some of the best actors in Hollywood have played Batman at some point in their careers. From Rob to George Clooney, 59, each version of Batman has been a memorable one. It’s the chance of a lifetime to wear the iconic Batsuit, and now it’s Rob’s time to shine as the Caped Crusader.

Robert Pattinson is the latest actor to take on the role of the Caped Crusader. He stars in The Batman, which is set to be released on March 4, 2022. The first glimpse of the Twilight alum in the Batman suit was revealed in February 2020 by director Matt Reeves, and Rob certainly did not disappoint.

“It’s an interesting direction,” Robert told Variety about the direction of The Batman. “It’s something from the comics which hasn’t really been explored yet. It’s crazy shoes to fill. It’s interesting the different directions you can take with it and that the, in some ways, quite a specific character actually has a lot of leeway. When you look at the different tones of the movies and TV shows, you can do quite a lot with it.”

Ben Affleck, 49, made his debut as Batman in the 2016 film Batman v Superman: Dawn of Justice. His version of Batman was a little bit older than previous iterations, but he still brought all the action. Ben reprised his role as The Dark Knight in Justice League. He was supposed to star in his own standalone movie, but that eventually fell through. Ben is expected to play Batman again alongside Michael Keaton, in the upcoming superhero film The Flash. He also appeared as Batman in Zack Snyder cut of Justice League in 2021.

Christian Bale, 48, played Batman in 3 blockbuster movies: Batman Begins, The Dark Knight, and The Dark Knight Rises. Christian and director Christopher Nolan are largely credited with reviving the Batman franchise after the flop of Batman & Robin. The Dark Knight is widely regarded as one of the best superhero films ever made.

George Clooney, 60, only played The Dark Knight for one film: Batman & Robin. The movie was released in 1997 and actually flopped at the box office. Despite the star power of George, it wasn’t enough to save the movie. George has been open about the fact that he “wasn’t good” in the movie and that it “wasn’t a good film.”

Val Kilmer, 62, took over the role of Batman from Michael Keaton, 69, in Batman Forever, which was released in 1995. Val’s Batsuit was notable because it was the first Batman suit to have rubber nipples on it. In Batman Forever, the Caped Crusader was joined by Robin, played by Chris O’Donnell.

Michael Keaton first played The Dark Knight in Batman and Batman Returns. At first, Michael’s casting caused some controversy because he had done mostly comedic roles prior to the superhero flick. Michael faced off against Jack Nicholson’s Joker, and the film became a massive hit. Batman was followed by the 1992 sequel, which featured Danny DeVito’s Penguin and Michelle Pfeiffer’s Catwoman. He will later return to the big screen as Batman in The Flash.

Adam West starred as the titular Batman in a 1960s TV series. The series ran from 1966 to 1968. The show was particularly campy, with Batman and Robin regularly facing off against notorious villains. He also starred in the 1996 feature film Batman. Adam sadly passed away in 2017 at the age of 88.