HomeHollywoodBest Cold Movies to Help You Cool Off From Ice Age to...
Hollywood 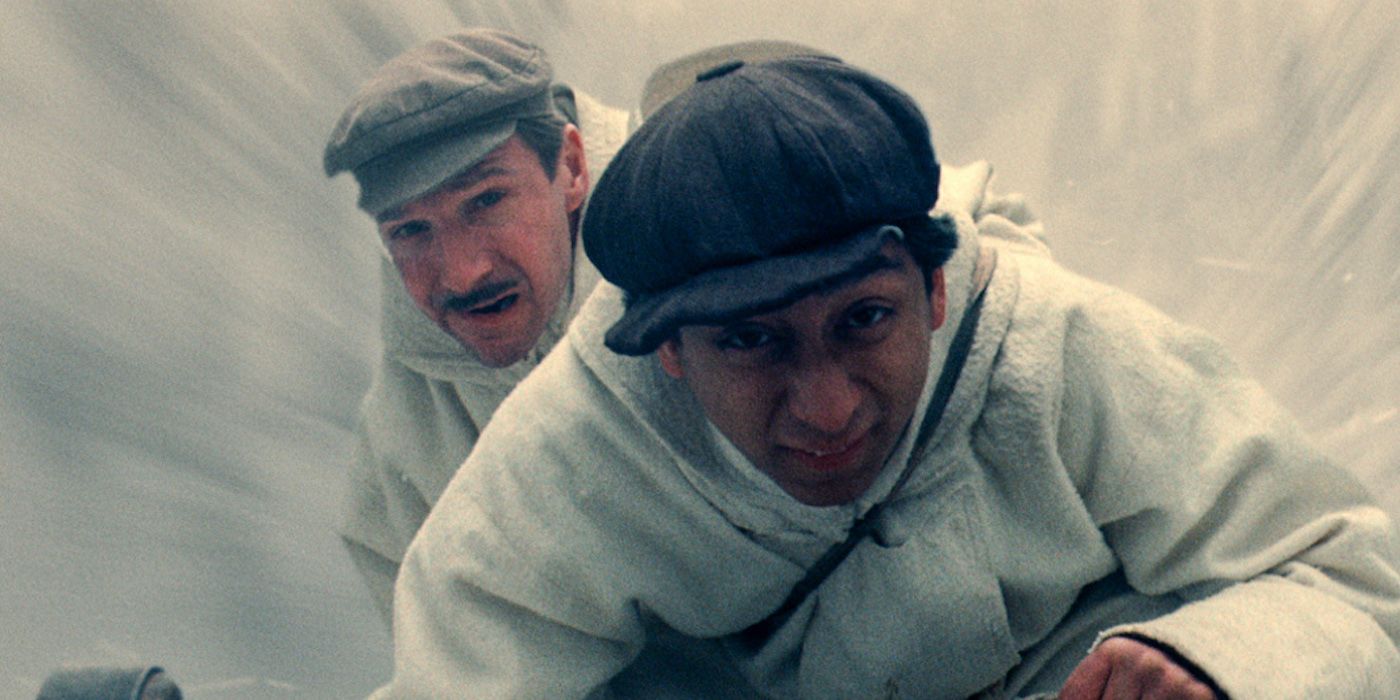 Summer is in full swing, and it is hot outside. Of course, there are many ways to beat the heat – whether that’s swimming, loading up on ice cream, or holing up in air-conditioned spaces. But, sometimes, you need a mental respite from the heat as well as physically, and there’s no better way than to watch some winter-themed movies that remind us what those faraway cold-weather months used to feel like. These chilly films will cool you off in more ways than one: they not only take place in cold climates but include relaxing, feel-good storylines as well. So take a break from the sweltering sun and look to the following films for an effective foray into some mental refreshment.

Definitely an underrated rom-com, The Cutting Edge tells the story of spoiled, hot-headed figure skater Kate Mosely (Moira Kelley) whose attitude drives away all potential partners. That is until she’s paired with Doug Dorsey (D.B. Sweeney), a former ice hockey player whose hockey career was cut short by an eye injury. The characters share a fun enemies-to-lovers story arc as they work together to acheive excellence in the pursuit of Olympic gold. The actors have been praised for their chemistry, and there’s enough time spent on the ice to cool down a any heat-crazed viewer looking for visual respite.

Despite being inspired by the tragic story of the Romanov family, Anastasia is one of the best feel-good movies out there, full of catchy songs, romance, and a snappy, heartwarming plot. It’s also heavy on the snow, especially in the first part of the film, which takes place in Russia after the revolution. Though Saint Petersburg is indeed gloomy and bleak, the snow lends to the feeling first of a magical kingdom in 1916, and then of a lost world which, in 1926, is filled with danger, adventure, and possibilities. Conmen Dimitri (John Cusack) and Vladimir (Kelsey Grammer) recruit an innocent orphan named Anya (Meg Ryan) for a scheme to pass her off as the grand Duchess Anastasia to Anastasia’s grandmother, the Dowager Empress (Angela Lansbury), in exchange for a reward. As they groom her for her new role, they hardly suspect that Anya is actually the real Grand Duchess Anastasia–though she has lost all of her memories. Meanwhile, the evil wizard Rasputin (Christopher Lloyd) hunts the trio down from the underworld to fulfill his oath to forever end the Romanov line.

March of the Penguins remains one of the most acclaimed nature documentaries of all time, praised for the beauty of its footage and its touching story. The film follows emperor penguins on their yearly seventy-mile journey to their breeding ground, where they mate, reproduce, and raise their chicks. The process is full of danger, making March of the Penguins a gripping story of survival with alarmingly high stakes. Director Luc Jacquet was a biologist and ecologist before turning to documentary filmmaking, and the movie is narrated by Morgan Freeman. It is a must-see not only for fans of documentaries, but for film enthusiasts as a whole.

Of course, Frozen is on this list. It’s a feel-good story about the loving relationship between two sisters, learning not to hide, and being unafraid of who you are. There’s also, unsurprisingly, a lot of snow and ice–It’s in the title. Elsa (Idina Menzel), the newly crowned Queen of Arendelle, accidentally freezes her kingdom into an eternal winter with her ice powers. When she runs away, her sister, Anna (Kristen Bell), embarks on a dangerous journey to bring her back and save the kingdom, teaming up with an ice-harvester named Kristoff (Jonathan Groff), his reindeer Sven, and a magical, talking snowman named Olaf (Josh Gad). Full of catchy songs (including the Oscar-winning “Let it Go”) beautiful animation, and likable characters, it’s hard not to fall under Frozen‘s spell. Additionally, since Elsa freezes Arendelle in the middle of summer, viewers can live vicariously through its chilly citizens.


The Chronicles of Narnia: The Lion, The Witch, and The Wardrobe (2005)

Based on the beloved book by C.S. Lewis, The Lion, The Witch, and The Wardrobe is essential winter fare. In the 1940s, Lucy (Georgie Henley), Edmund (Skandar Keynes), Peter (William Moseley), and Susan (Anna Popplewell) Pevensie step through a wardrobe and discover a magical world called Narnia. Later, they learn that it has been cursed by the evil White Witch (Tilda Swinton) to endure eternal winter. However, the siblings are prophesied to defeat the White Witch with the aid of a legendary talking lion named Aslan (Liam Neeson). Filled with snow and magic, this adaptation successfully transports the audience to the fantastical world of the classic series.

The Grand Budapest Hotel is arguably Wes Anderson’s masterpiece, and a rollicking good time from start to finish. The film recounts the adventures of legendary hotel concierge M. Gustave (Ralph Fiennes) and bellboy Zero Moustafa (Tony Revolori), who becomes his most trusted confidant. The elaborate plot involves the theft of a priceless Renaissance painting, the struggle over an enormous family fortune, and a mounting war threatening to forever change the characters’ way of life. The hotel itself is located in the frosty, fictional Eastern European nation of Zubrowka. Andersen’s reputation for agonizingly deliberate compositions means that Zubrowka’s wintry climate and landscape are constantly front and center in the story. The wide shots of the hotel itself show it perched in the middle of a snowy mountain range. Meanwhile, the absurd sled/ski chase scene is one of the most iconic sequences in the entire movie.

Ice Age delivers fun, frigid fare that the whole family can enjoy. For some, it could also be an exciting foray back into the arms of childhood. In this first film, a wooly mammoth named Manny (Ray Romano), a sloth called Sid (John Leguizamo), and a saber-toothed tiger named Diego (Denis Leary) journey to return an orphaned human baby back to its family, running from saber-toothed tigers (whom Diego may or may not be in cahoots with) and an increasingly hostile climate. The movie also introduces us to the antics of Scrat the saber-toothed squirrel, which will never stop being hilarious. Though Ice Age spawned many sequels, none of them have quite lived up to the first movie. It was also the debut film of the now defunct Blue Sky studios, which has since been responsible for many beloved animated films.

Miracle tells the true story of Herb Brooks (Kurt Russell), an ice hockey coach at the University of Minnesota who ends up coaching the US Olympic team and leading them to victory in the 1980 Olympic Games against the seemingly invincible Soviet team. This ice hockey game has, in history, been dubbed the “Miracle on Ice,” with mostly amateur players led by a college coach defeating a team of highly trained professionals with significantly more experience. In Miracle, the Cold War is fought on the skating rink, with the stakes made even higher by the fact that the 1980 Winter Olympics are being held in New York. Watch this movie to see the true story of one of the most iconic moments in Olympic history. It’s the ultimate inspirational sports movie, and Kurt Russel’s performance as the man who made it all possible elevates the film even further.