HomeHollywoodBeyond Rogue One, Saw Gerrera Represents a Unique Aspect of the Rebellion
Hollywood

Beyond Rogue One, Saw Gerrera Represents a Unique Aspect of the Rebellion 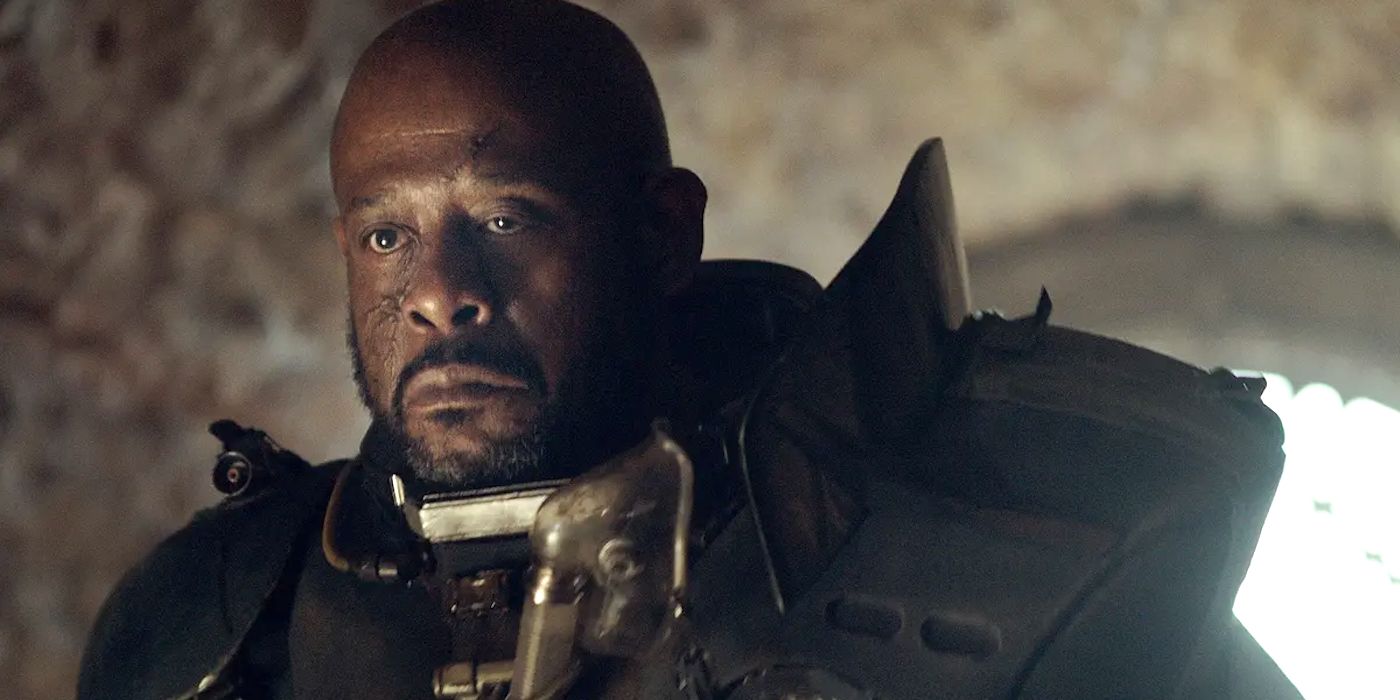 The trailer for 2016’s Rogue One: A Star Wars Story is one of the coolest pieces of Star Wars content that The Walt Disney Company has ever released. The film itself, unfortunately, is a bit of a mixed bag. Although director Gareth Edwards wanted to create the Saving Private Ryan of the Star Wars universe, extensive reshoots and post-production work changed the direction of the film completely. Writer and director Tony Gilroy was brought in to save the film, saying that “they were in so much terrible, terrible trouble that all you could do was improve their position.”

Although Rogue One turned out not to be a complete embarrassment, the film does feel like a collection of mismatched scenes that were strung together at the last minute. One of the main criticisms worth leveling at the film is that the characters aren’t given time to fully develop as individuals. There is no case where that is more true than with the character of Saw Gerrera. Played by Academy Award winner Forest Whitaker in one of the most baffling performances of his career, Saw is an extremist resistance leader, who has broken away from the Rebel Alliance.

Saw’s role in the film is strange; he saves Jyn Erso (Felicity Jones) as a child, but then disappears from the story. Ultimately, Saw meets his untimely demise during the Imperial attack on the planet Jedha. Theatergoers were left puzzled. On paper, Saw represents a fascinating type of character. He shows that just because someone hates the Galactic Empire, it doesn’t automatically guarantee that they are a good person. However, Saw does have an interesting story to tell; it’s just not the one that you saw in Rogue One. Star Wars animation helped flesh out a character that showed that the universe wasn’t so black and white.

Prior to Whitaker’s appearance in the live-action spinoff film, Saw originated on the animated series Star Wars: The Clone Wars. In a Season 5 arc that takes place on the planet Onderon, Saw (Andrew Kishino) and his sister, Steela (Dawn-Lyen Gardner) begin a rebel movement on their home planet. Onderon’s King, Ramsis Dendup (Barry Dennen), had tried to remain neutral during the war between the Galactic Republic and the Confederacy of Independent Systems. Saw and his sister are loyal to the King’s position. It’s an understandable stance; both sides represent different forms of fascism.

However, Saw and Steela begin to disagree when Dendup is overthrown by Sanjay Rash (Kirk Thornton), a spiteful objector who gains power through a deal with the Separatists. Saw wants to see the Separatists wiped from Onderon as much as his sister does, but he doesn’t want to use help from any external forces. This sparks a sibling quarrel when Anakin Skywalker (Matt Lanter), Obi-Wan Kenobi (James Arnold Taylor), and Ashoka Tano (Ashley Eckstein) come to Onderon.

Saw’s perspective helps diversify the way that the Jedi Order is perceived, and lends credibility to the idea that the Empire could blame the entire war on them. Saw sees the Jedi as conquerors, not saviors. Unfortunately, Saw’s independent streak comes to an end after he fails to rescue the former King. Saw ultimately comes to the aid of both his sister and the Jedi, but his allegiance immediately has its consequences. During the battle for Onderon’s freedom, Steela is killed.

Instead of seeing his sister’s sacrifice as the ultimate price for freedom, Saw’s outlook on the galaxy only grows darker. He is ultimately unsatisfied by his role in the battle; once again, Onderon is under occupation. Unfortunately, Saw’s opinion is proven right. He’s among the first to begin organizing rebel forces once the Galactic Empire takes over.

While the animated shows lend credibility to Saw’s skepticism, he’s shown as someone who refuses to join any causes. His desire for complete independence from any outside resources is borderline psychotic. Saw only trusts those who he knows personally, but obviously, his small band of mercenaries can’t save an entire planet. Star Wars has always been about the trust that is placed in people; Saw can’t accept that truism.

We also see that Saw is willing to use any means necessary to devastate his enemies. He’s unlikely to hear anyone out. In The Clone Wars spinoff series The Bad Batch, Saw and his gang come into conflict with the titular specialized Clone Troopers (now Storm Troopers). The Bad Batch had been sent by the Empire to eliminate Saw, and Saw has a “no prisoners” outlook on war. Both sides are at fault; neither is willing to hear the other out until the last minute, and they barely reach a peaceful solution before realizing that they’re on the same side.

Whitaker’s performance in Rogue One felt like it was just a strange acting choice, but throughout the arc of the animated shows, we see why Saw had become so divorced from reality. He’s conditioned himself to thinking of everything in absolutes; in Star Wars Rebels, Saw nearly destroys a Geonosian egg in order to obtain critical information. Saw knows that the Geonosians are associated with the creation of the droid army, and sees every member of the species as the same.

One of the more baffling scenes in Rogue One is a sequence where Saw uses an octopus-like creature called a “Bor Gullet” to torture the Imperial pilot Bodhi Rook (Riz Ahmed). Bodhi claims to have information about the Death Star, and Saw isn’t willing to take any chances. It’s another case where his perspective is valid, but his tactics grow too extreme. Saw is so cynical about everyone’s real nature that he nearly destroys the Rebel Alliance’s opportunity to steal the Death Star plans. While Bodhi is ultimately saved after Jyn arrives on Jedha, Saw’s suspicions doom him.

Out of context, this is a random scene. However, it makes more sense given the background about Saw that the animated shows established. It’s not confusing why in the end, Saw simply remains on Jedha and is consumed by the explosion. He clearly sees that the Rebel Alliance is the future of hope. He’s addicted to the “dream.” He’d rather let himself die than admit his mistakes. “Save the Rebellion,” he tells Jyn. “Save the dream.”

The story of Star Wars is one of forgiveness. Even the most evil characters in the galaxy have goodness in them, and few characters are past the point of redemption. Saw’s refusal to forgive anyone (including himself) shows that despite his hatred for the Empire, he is no hero. Rogue One didn’t give Saw the chance to shake up the politics of the universe. Hopefully, Andor’s role in the Disney+ series Andor will do his history on the small screen justice.