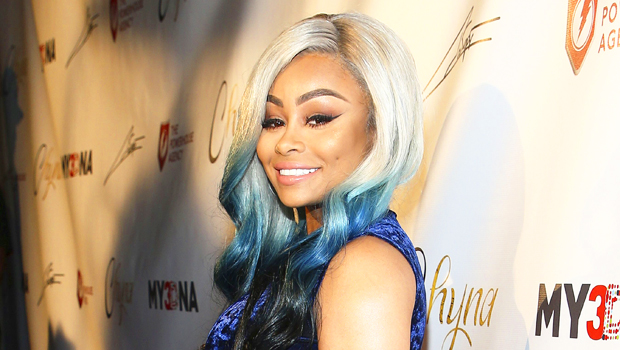 
Blac Chyna announced that she’d been baptized and was being “born again” with a video posted on her birthday on Wednesday, May 11. The 34-year-old model shared the clip of herself in a white outfit standing in a backyard pool as a preacher said a blessing as her friends and family watched her during the intimate ceremony. When she was done, her loved ones all applauded.

While she didn’t provide many more details she did mention that she was ready for “New Beginnings,” as she indicated in the hashtag. She also included prayer hand emojis and a caption that commemorated the date. “Born again on my Birthday,” she wrote. Other than mentioning that she’d been born again, Chyna also revealed that she’d been gifted a pair of white leather Givenchy boots from the luxury boutique RCR in another Instagram post, thanking them for the gift.

Other than her impromptu birthday baptism, Chyna and her lawyers have continued to fight their legal battle against the Kardashian family after she lost her defamation case against them at the beginning of May. Chyna had tried to sue the KarJenners for defamation and claiming that they interfered with her contract with E! to stop her show Rob And Chyna from getting another season. The court ruled in favor of the Kardashians on May 2.

Even though she lost, her lawyers have vowed to appeal the case and continue fighting for Chyna, but they’ve run into more roadblocks. After her legal team tried to argue that the judge in the case was biased, the motion for him to be disqualified was dismissed, although her lawyer Lynne Ciani seemed ready to continue the legal battle. “Angela White deserved a fair trial in a court of law and she did not receive a fair trial.  She remains hopeful that the Second District Court of Appeal will review the evidence and determine that Judge Alarcon must be removed from the Revenge Porn trial and also removed from ruling on any post-judgment motions in the Defamation/Intentional Interference with Contractual Relations case,” she said in a statement.