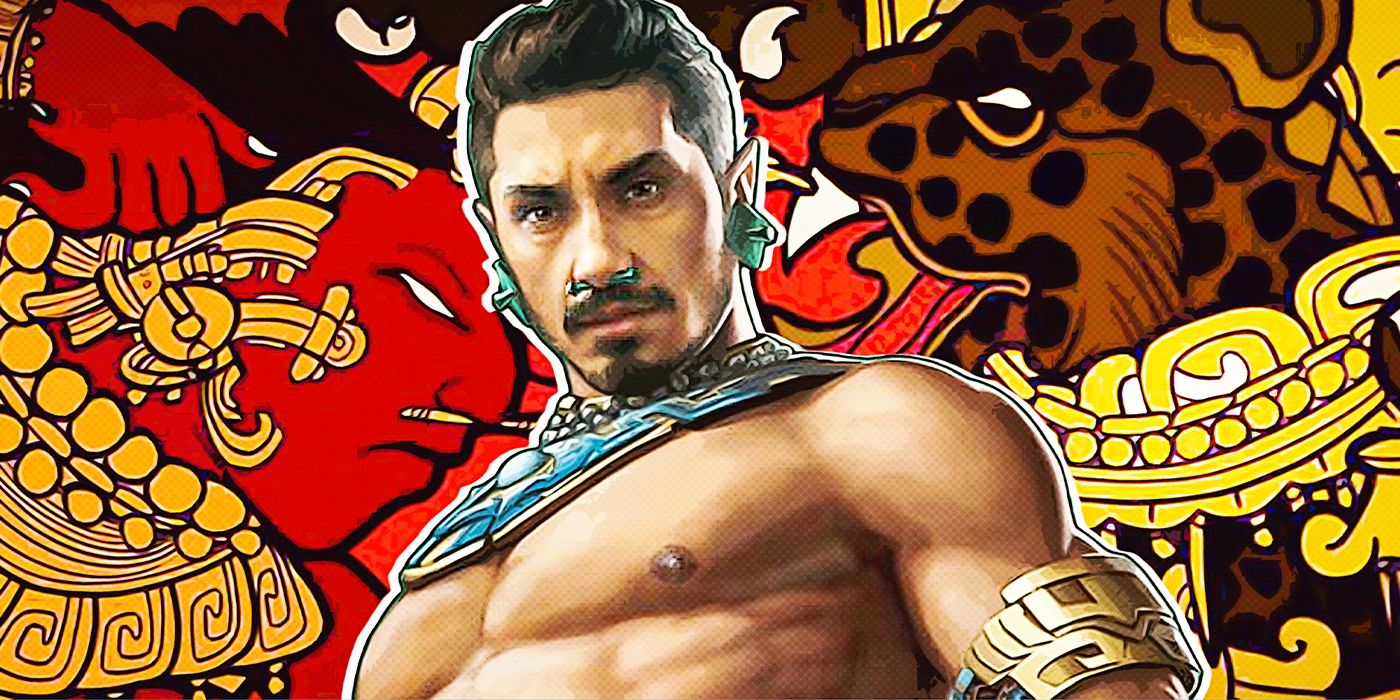 Black Panther 2 is gearing up to be one of the most exciting entries in the MCU in some time. Titled Black Panther: Wakanda Forever, the film reckons with the state of the fictional country of Wakanda after the tragic passing of T’Challa (Chadwick Boseman). As most fans are aware, Boseman’s battle with colon cancer led to the actor passing away in August 2020. The sequel thus incorporates the real-life tragedy into the film, picking up after King T’Challa’s death and leaving Wakanda vulnerable and open to attack from outsiders. Enter Atlantis, or rather Talocan.

Based on the mythical Aztec paradise Tlālōcān, the film has decided to change the new MCU character Namor’s (Tenoch Huerta) comic book lore from him being the Prince of Atlantis to the ruler of Talocan. Tlālōcān is said to be a place where those who die from lightning or drowning rest in paradise. Tlālōc, the rain deity, governs the Palace. It will be interesting to see how Marvel incorporates Aztec lore into the MCU.

In the comics, Atlantis was a small continent that later became submerged under water and became the home to the race of “homo mermanus” people, later known as Atlanteans. The race is distinct for the people having two fish-like gills in the neck region, as well as people having green or blue pigmented skin. After “The Great Cataclysm”, the MCU’s Atlantis sunk below sea level and became a ruin until homo mermanus people made it their home and built a civilization. It is important to note that it was the Celestials who sent the land underwater and the beings have already been introduced in Eternals.


Homo mermanus in the comics are cousins of Homo sapiens but there have long been tensions between the two species. In the MCU, there is no concept of Atlantis or Talocan, so it stands to reason that there hasn’t been any contact between the Atlanteans and the humans in the Marvel Cinematic Universe so far. However, it is possible that Wakandans are well aware of the threat beneath the surface and have already have history with Talocan before the film even begins. In the comics, Namor and Atlantis have often fought with the nation of Wakanda, one notable time was in the Avengers Vs X-Men run where Namor (a mutant overcome by Jean Grey’s Phoenix force) decides to take control of Wakanda. In Infinity, another Marvel crossover comic story Shuri as Black Panther decides to attack Atlantis to take revenge for Namor’s previous actions in Wakanda.


Talocan in the film is likely to be just as advanced as Atlantis is in the comics and it will be interesting to see how the city manages to differentiate itself from the depiction of Atlantis in the comics as well as in the DC Aquaman film. There have been countless depictions of Atlantis on screen, from animated classics like Atlantis: The Lost Empire, to Golden Age Hollywood depictions of the city such as in Journey to the Center of the Earth in 1959. Focusing on Aztec mythology allows the MCU to not only put a creative spin on the fabled lost city, but connect it closely with its mesoamerican cast.