HomeHollywoodBlanket Jackson, 20, Is All Smiles On Rare Solo Outing At Barnes...
Hollywood 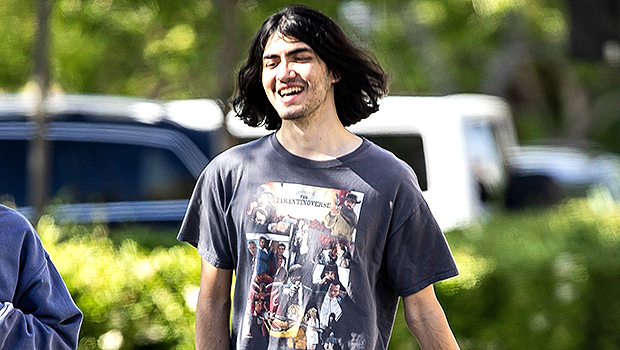 
Blanket Jackson, who now goes by “Bigi”, looked so much like his late father Michael Jackson on May 12. The 20-year-old was pictured walking into Barnes and Noble in Calabasas, California, with a big smile on his face. Once inside, Blanket sat down and took a look at a book called Essential Horror Movies, hinting that he may share his dad’s love for the horror genre. After all, who could forget Michael’s “Thriller” song, music video, and movie from the 1980’s.

Bigi was dressed casual for the rare afternoon outing. He wore a dark gray T-shirt, grey Adidas shorts, white socks, and a pair of black sneakers. He donned long dark hair that blew around in the wind outside as he walked to the book store. Blanket appeared to be alone as he enjoyed the horror reading material.

Born to an unknown surrogate on Feb. 21, 2002, Bigi was just seven years old when his father died in June 2009. Bigi’s stayed out of the spotlight over the years, though he has popped up in public more frequently lately. The first instance was in Oct. 2021, when he appeared alongside his brother, Prince Jackson, 25, for an interview about climate change on Good Morning Britain. Bigi opened up about his passion for making young people aware of climate change during the interview, which took place at Prince’s Thriller Night Halloween Party in California.

Bigi’s other recent appearance was on Feb. 1 at Broadway in New York City. He and his siblings Prince and Paris Jackson, 24, attended the opening night of MJ: The Musical, which is a show dedicated to their dad. While Prince and Paris showed up in official capacity, walking the red carpet along with other celebrities before the show, Bigi arrived in a lower profile. He was, however, photographed outside the theater with his siblings after the play.

Michael Jackson’s Kids: Everything To Know About The King Of Pop’s Children