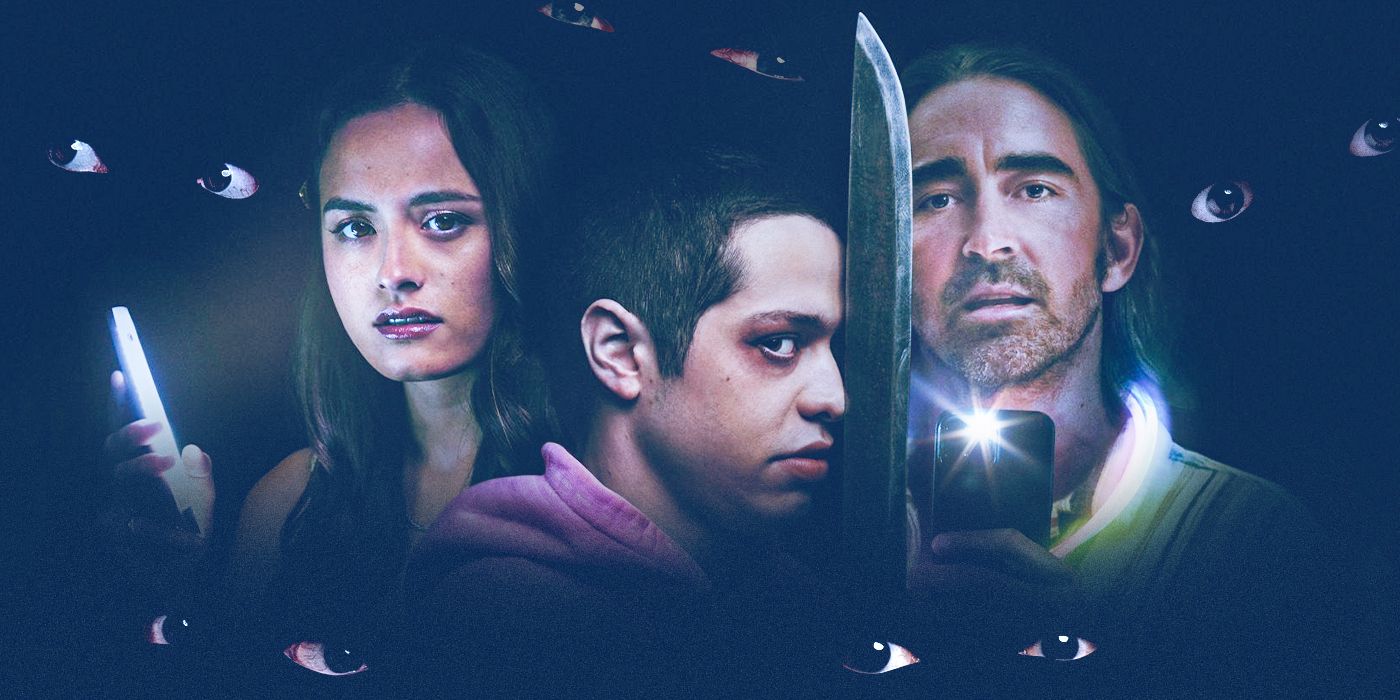 Bodies, Bodies, Bodies is the new modern-age slasher from the indie juggernaut A24. Fans of the sub-genre would argue that the 80s was the sub-genres pinnacle, having created some iconic franchises like Friday the 13th and Child’s Play. Although slasher films have become less pre-eminent recently, there are still some noteworthy movies gracing our screens. A24 has for years built up a reputation of being innovative, and the upcoming slasher flick Bodies Bodies Bodies is no different.

What happens when you put several rich twenty-somethings in a remote mansion during a storm with no cell service? A lot of mayhem. The kids, out of boredom decide to play a dark-styled game “bodies bodies bodies” (think a more perverted version of hiding and seek), and things soon spiral out of control. With a murderer in their midst, trust and relationships between the “friends” plummet as the search for the real killer commences. Bodies Bodies Bodies is chock-full of awkward interactions, betrayals, fake friends, and agonizing social dynamics as the movie is primed to bring an equal share of laughs and unbridled terror to your screens.

Dutch actress, writer, and director Halina Reijn is behind the film, while the screenplay is written by Sarah DeLape. David Hinojosa and Ali Herting serve as executive producers. In a bid to make your viewing experience a lot less complicated, we’ve come up with a guide for the most important characters in the film. Enough said, let’s get to it!

Pete Davidson’s full star power is on show here in the role of David, a rich kid. It’s his character who decides to invite his group of friends to his father’s secluded mansion for a night of partying, drugs, drinking, and frolicking. In an attempt to beat off the raging storm outside, the attendees decide to play a game “bodies bodies bodies” which would ultimately turn out to be one of the worst decisions they could have made.

When Pete Davidson isn’t getting tattoos in the name of love or globe-trotting, he is hard at work as a comedian/actor. He is best known for co-writing and starring Scott in the semi-autobiographical film The King of Staten Island. Davidson is also famous for the eight-season NBC late-night sketch comedy series Saturday Night Live. He has also appeared in leading supporting roles in films like The Suicide Squad, Set It Up, The Dirt, Big Time Adolescence, What Men Want, and I Want You Back.

Amandla Stenberg embodies the role of Sophie to perfection. Seen as the keeper of the rules to the game “bodies bodies bodies”, the freshly sober Sophie arrives uninvited with her new girlfriend Bee to find her friends perched poolside at the mansion. Stenberg spoke to Our Source about her character saying:

Amanda Sternberg is well known for her role as Alana Beck in the film Dear Evan Hansen which was adapted from the musical. She was first thrust into prominence for her role as Rue in The Hunger Games and later would star in films like the YA romance Everything, Everything, and the timely drama film The Hate U Give. She will also soon be joining the Star Wars galaxy as the lead in the forthcoming Disney+ series The Acolyte.

Maria Bakalova stars as Bee, the unassuming yet charming girlfriend of Sophie, who is anxious about meeting Sophie’s wealthy friends. Bee, like everyone else, takes part in the game which involves the players faking being killed – but things then took a bloody turn when one of the players turned up dead – real dead!

The Bulgarian actress rose to prominence in 2020 leading to her winning multiple awards for her performance in the comedy sequel Borat Subsequent Moviefilm. Bakalova has also been confirmed to join the MCU as the voice of Cosmo the Spacedog in Guardians of the Galaxy Vol 3.

Rachel Sennott plays the role of Alice and although there is not much information on this character, be rest assured she will be a blast. The comedian/actress is best known for her role alongside Ayo Edebiri in the online comedy/TV series Ayo and Rachel Are Single. She is also popular for her starring performance in the 2020 feature film Tahara as Hannah Rosen and for playing the role of Danielle in Emma Seligman‘s critically acclaimed dark comedy Shiva Baby.

Lee Pace plays the role of Greg, the much older boyfriend of one of the friends. He is best known for his role as Thranduil the Elvenking in The Hobbit trilogy. His portrayal of Joe MacMillan in the AMC period drama television series Halt and Catch Fire was one for the history books. The Marvel Cinematic Universe fans are also quite familiar with Pace, who played Ronan the Accuser in Guardians of the Galaxy, and he reprised his role in Captain Marvel. Lee Pace received an Emmy nomination for his portrayal of Ned in the ABC series comedy-drama Pushing Daisies.

Myha’la Herrold plays the role of Jordan in Bodies Bodies Bodies. There is not much to tell about this character right now. She is best known for her lead role as Harper Stern in the British Television drama Industry. Herrold made her Broadway debut in 2017 on the national tour of the famous musical The Book of Mormon. The California-born actress also made an impression when she played the character Logan in the 2021 American comedy film Plan B. Her other credits include, an episode of the Prime Video anthology series Modern Love, and the 2019 American romantic drama Premature. She will next star in Sam Esmail‘s upcoming film Leave The World Behind, alongside an all-star cast that includes Mahershala Ali, Julia Roberts, Ethan Hawke, and Kevin Bacon.

Chase Sui Wonders takes on the role of Emma and although the details of this character are being kept under the wraps, be certain Chase Wonders will bring all her vivacious effervescence to the role. The American actress, director, and screenwriter first got popular for her role as Makayla in the 2019 horror/thriller Daniel Isn’t Real. Wonders is best known for her role as Riley in the dramedy television series Generation. She has also appeared in movies and shows like On the Rocks and Betty. In addition to being an actress and director, Wonders is also a model and her diverse skill set has opened pathways for her in the industry.