HomeHollywoodBrad Pitt's Best Action Movies and Where to Stream Them
Hollywood

Brad Pitt's Best Action Movies and Where to Stream Them 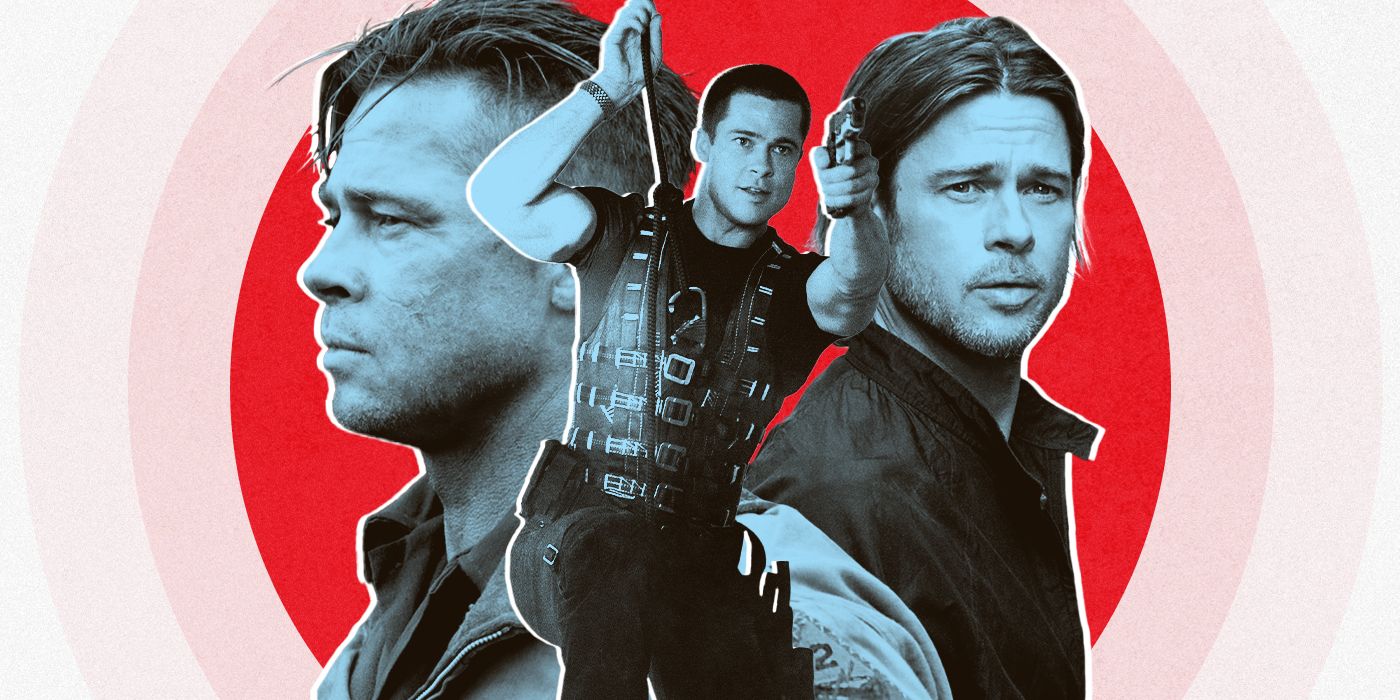 Brad Pitt is known for starring in many movies throughout his career, and several of them are in the action genre. The Academy Award-winning actor and Hollywood icon has faced off against various foes including Nazis, zombies, and even animated supervillains. Despite being almost 60 years old, the man still appears in films where kicks tons of ass. With his latest action movie Bullet Train hitting theaters, here are some of Brad Pitt’s best action movies and where you can watch them. Just a heads-up, Steven Soderbergh’s Ocean’s Eleven is not technically an action movie, but it’s still one of Pitt’s more exciting films and therefore receives an honorable mention.

The first movie on this list ironically takes place earlier than any of the other entries as it’s based on Homer‘s epic poem, the Iliad. Troy is written by David Benioff, who would become the co-showrunner of the beloved HBO series Game of Thrones, and directed by Wolfgang Peterson, who has helmed such classics as Das Boot and Air Force One. Just like its source material, this film revolves around the historic war between the nations of Greece and Troy. Pitt plays Achilles, the fierce Greek warrior who is shown to be quite arrogant. Even though Troy is a nearly three-hour-long movie that centers around multiple characters, it still gives Achilles time to be a badass. However, it also gives him time to be human. Sure, the film might not be super accurate, but it’s still very entertaining, especially for fans of Pitt.


Many people credit this movie as what ultimately led to Brad Pitt and Angelina Jolie getting hitched, and they’re not wrong. Mr. & Mrs. Smith revolves around a married couple who eventually realize that they’re skilled assassins working for competing agencies and must now kill each other. For starters, it can’t be stated how great the chemistry is between Pitt and Jolie. In addition to being super attractive, these two leads play off each other really well. The well-placed humor and great directing also make this film worthwhile. Donald Glover and Maya Erskine are reportedly starring in a Mr. & Mrs. Smith series for Amazon, but who knows if they’ll have the same level of chemistry as Pitt and Jolie.

Quentin Tarantino‘s Inglorious Basterds not only contains one of Brad Pitt’s best performances in an action movie but also contains one of the actor’s best performances overall. This film tells the fictional story of two overarching plots to take out Nazi leaders during World War II. From his first scene onward, Pitt captures the audience’s attention with his charm and charisma as Lieutenant Aldo Raine, the steadfast leader of a Jewish-American guerrilla force. Even when Aldo talks about subjects that are graphic and gruesome, you can’t help but love every word that comes out of his mouth. Not to mention what he does at the end of the movie is flat-out amazing.

Brad Pitt stars in a superhero movie that just so happens to be animated. Dreamworks Animations’ Megamind is about a highly intelligent alien supervillain named Megamind (Will Ferrell) who finally defeats his arch-nemesis Metro Man (Pitt), but he soon realizes that he no longer wants to be a bad guy. Even though Metro Man is not in the movie for very long, Pitt nails the charm and charisma of playing a Superman-like figure. Since this is a parody, the animators take it a step further by having him do outlandish things, such as juggle babies and toss them back to their parents. Between the voice and the appearance, no wonder the people of Metro City love Metro Man so much.


Who knew an actor like Brad Pitt could do so well in a zombie movie? Based on the best-selling novel by Max Brooks, Pitt stars as Gerry Lane, a former United Nations investigator who is brought in to help stop a zombie outbreak from destroying the world. Even though Pitt’s character is not in the book, the actor still does a great job at playing a zombie-killing badass who also wants to take care of his family. Plus Gerry goes up against zombies who move really quickly and in groups. Despite suffering many production problems, World War Z grossed more than $540 million worldwide, making it the highest-grossing movie of Pitt’s entire career. A sequel was planned with Pitt’s frequent collaborator David Fincher in the director’s chair, but that was unfortunately canceled.


Yet another movie where Brad Pitt kills Nazis, David Ayer‘s Fury follows a hardened tank commander named Don “Wardaddy” Collier who takes his crew into the heart of Germany near the end of World War II. Pitt’s character underlines the film’s bleak and brutal atmosphere as he is a no-nonsense leader who’s been killing Germans for a long time. Wardaddy juxtaposes Logan Lerman‘s rookie character, Norman Ellison, who hasn’t killed anyone prior to joining Wardaddy’s crew. Therefore, Wardaddy attempts to teach Norman about the horrors of war and why he should kill every Nazi soldier he comes across. Also, Wardaddy commits vicious acts that are too horrific to describe, so you’ll just have to find them out for yourself.

Brad Pitt doesn’t appear in the action-adventure film The Lost City for very long, but he definitely makes the most out of what little time he’s there. The movie revolves around a reclusive romance novelist named Loretta Sage (Sandra Bullock), who is kidnapped by billionaire Abigail Fairfax (Daniel Radcliffe) because he believes she can lead him to a hidden treasure that she wrote about in her latest story. Alan (Channing Tatum), the cover model for Loretta’s novels, wants to save her so that he can prove he is more than just a pretty face. Alan recruits his trainer, Jack Trainer (Pitt), to help him, but the latter is everything the former tries to be as Jack is way better equipped for action than Alan, which makes for some pretty entertaining moments in the film.