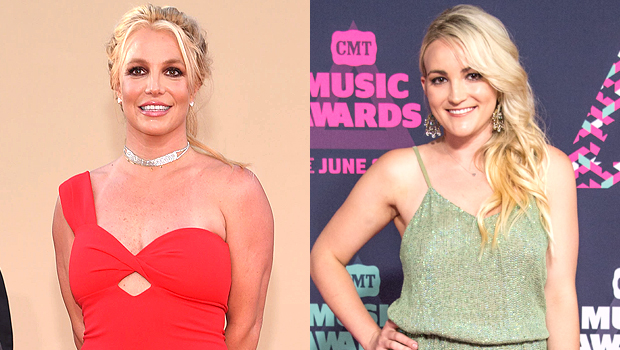 
Britney has called out her family yet again in a new Twitter statement, following sister Jamie Lynn’s ‘Good Morning America’ interview. ‘They did ruin my dreams.’

It’s Britney, b*tch! Since Britney Spears, 40, broke free of the conservatorship her father managed for over a decade, the pop icon has been far from shy about calling out those who wronged her. Among them? Younger sister Jamie Lynn Spears, 30, who is currently on the road promoting a new tell-all book. Britney previously seemed bothered by her little sister’s upcoming GMA interview, and now that it’s out, the singer isn’t holding any thoughts back.

In Britney’s fiery new statement, which was shared on Twitter on Jan. 13, the singer called out her sister for writing her new book “at my expense.” Jamie Lynn’s new memoir, Things I Should Have Said, is out Jan. 18. Britney described watching her sister’s exclusive interview while in bed with a 104-degree fever. But even in her weak state, Britney made sure to hold her own in the sisters’ ongoing alleged feud. She described two main issues she had with the interview, the first being Jamie Lynn’s claim that Britney’s behavior was out of control. “She was never around me much 15 years ago at that time,” Britney wrote, “so why are they even talking about that unless she wants to sell a book at my expense?”

In interviews, Jamie Lynn has maintained she did everything she could to support Britney, telling People: ” “I’ve only ever tried to be helpful, so any notion that says the contrary is just completely ridiculous.” In the new Dateline interview, Jamie Lynn again defended her past relationship with Britney. “I’ve always been my sister’s biggest supporter,” the actress told interviewer Juju Chang.

Britney concluded the statement stating she’d be taking a break from Instagram for a while. “The media, this business has always been extremely hateful to me,” she wrote. “I’ve given enough … MORE than enough. I was never given back ever what I want …”